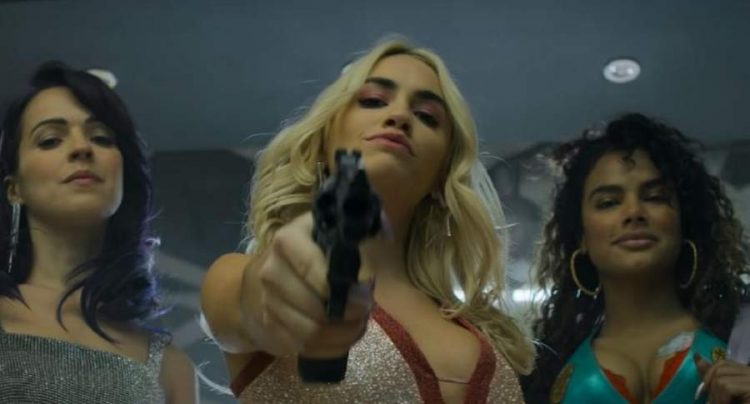 Sky Rojo is an upcoming action crime drama television series made by Álex Pina and Esther Martínez Lobato. The series is the story of three prostitutes who escape from their pimp. There will be a lot of psychological elements in the story that will show the viewers the brutal reality of prostitution. The creators of this series are Álex Pina and Esther Martínez Lobato who are also the creators of the famous series Money Heist. The producers of the series are Vancouver Media and the distributors are Netflix.

When is the release date of Sky Rojo set?

The series is set to release on March 19, 2021. This date got announced in the special trailer of the series. Furthermore, each episode is set to last for twenty-five minutes. Netflix has also talked about the second season of the series. The story is going to be excellent as the woman will find other options to live a life free from trouble.

What did the teaser show?

The teaser trailer of the series showed the three women living glamorous lives in the casino. They wear sexy outfits and strut with high heeled shoes. Then we can see the women escaping from the casino by driving a car. In the last scenes of the teaser, there were car crashes, gun shooting and the people covered in blood. But the trailer ends with a good ending because one of the strippers aims a gun at a man and says, good boy.

What is the plot of Sky Rojo?

Coral, Wendy, and Gina are three prostitutes who run away from the Las Novias Club. But they get chased by their pimp named Romeo and his henchmen Moisés and Christian. So the journey of the woman became very difficult as they face lots of dangers in life. With each other, they discover true friendship and learn to become stronger as they recover their lives.

Verónica Sánchez is going to play the role of Coral one of the trios of strippers who escape from her pimp. Yany Prado will play as Gina a stripper in the casino. Lali Espósito will also act as the stripper from the casino. Asier Etxeandia will play the role of the pimp who chases after the run-away strippers. Miguel Ángel Silvestre as Moisés and Enric Auquer as Christian are the henchmen of Romeo who try to find the strippers.

The production details of the series

The filming of Sky Rojo took place in Madrid and Tenerife. The directors of the series are Jesús Colmenar, Óscar Pedraza, David Victori and many others. The project got delayed in the middle because of the Covid 19 pandemic and then continued in October 2020 Madrid. The creators shared that they want the series to have the same action from the beginning to the end.  So it will be a hectic race for survival. There will also be a vibrant explosion in the third act of the series that will deal with all the conflicts.

Sky Rojo is an amazing story and will certainly become a great hit on Netflix. Stay tuned for its release.