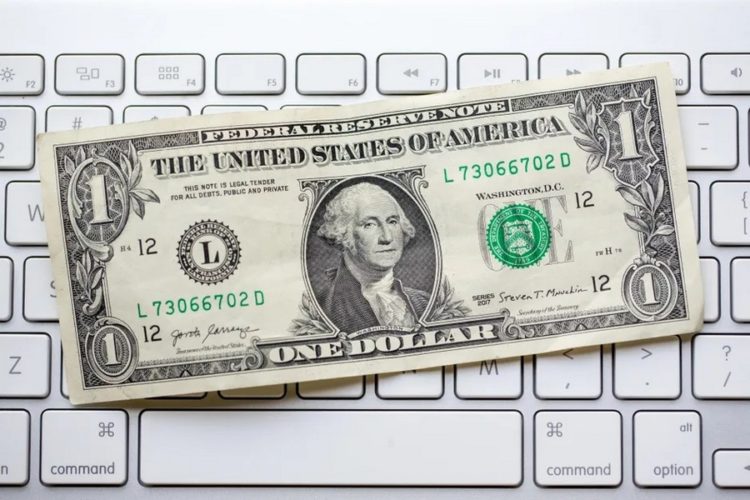 If you remain a bit updated about the recent international affairs, you must have heard the term 4th stimulus check, right? Especially after the pandemic, this has become even more relevant. So you need to have a clear idea about what it is all about and how these stimulus checks will combat inflation.

So even though pandemic relief measures like stimulus checks and tax credits have expired, some cash infusion can help the Americans. In fact, states are also responding to decades-high inflation with various measures to help cash-strapped citizens. They are also sending fuel debit cards and implementing tax credits. Therefore, this 4th stimulus check is indeed required in this situation.

You must have heard that inflation has risen by 8% in the past year. Therefore, it is becoming difficult for people to make ends meet. Especially gas prices have already gone out of reach of common people. So those states having surplus funds from COVID 19 have announced measures for controlling inflation. Therefore, steps like 4th stimulus check are essential in these cases. Let us now look at some of the significant aspects of how they are helping to combat the present scenario.

How the States are Coming Forward to Control the Inflation?

Since you are reading this article, it is pretty apparent that you are one of those citizens concerned about the country’s inflation. Well, you are at the right place as we will share all the details regarding the stimulus checks 4 in various states here. However, before we move into that, let us look over some other significant aspects.

If you are keeping a check on this news, you must have heard that on March 17th, Reps. Mike Thompson, John Larson, and Lauren Underwood introduced the Gas Rebate Act of 2022. So in its early stages, the Act would send energy rebate payments of $100 per month to eligible taxpayers. At the same time, they would also offer an additional $100 per dependent.

In fact, they would structure the present payment eligibility similar to the previous stimulus payments. Therefore, married couples whose joint income is up to $150,000 and bachelors earning up to $75,000 will receive the total amount. This is indeed a great initiative. Now let us look below to know more about the 4th stimulus check.

In fact, they would structure the present payment eligibility similar to the previous stimulus payments. Therefore, married couples whose joint income is up to $150,000 and bachelors earning up to $75,000 will receive the total amount. This is indeed a great initiative. Now let us look below to know more about the 4th stimulus check.

Some states have already approved legislation to get tax rebates flowing to their residents. Among all the states, five states of the United States have received approval for the stimulus check 4. So let us now discuss those five states.

The first state that we will discuss is Idaho. In fact, it was pretty recently in February that Idaho Gov. Brad Little signed a bill. So do you know how much money this bill allocates to the residents of that state? Well, it is $350 million. However, there are two eligibility criteria:

If we ever needed some stimulus relief now would be a suitable time with gas, oil, home heating and our grocery bills rising to historical levels! $2,000 across the board will be a good start$$$$😉👍 #Stimuluscheck #Inflation #GasPrices pic.twitter.com/t7WfohQWLW

As per the sources, the payments are all queued in line. So the IRS tax fourth stimulus checks might begin soon. They will total either $75 or 12% of your 2020 Idaho state taxes, whichever is the greater one. Also, the tax commission will issue rebates to taxpayers who have received refunds through direct deposit.

There is good news for the residents of Georgia. Due to the historic state budget surplus, Georgia residents who have filed both their 2021 and 2022 tax returns will now be eligible to receive rebate payments. However, they will receive it on the basis of their tax filing status. Have a look at them to get an idea:

So all those residents who had filed their taxes before Kemp signed the legislation will be eligible to receive their rebates through payments that they sent out later. All those who are yet to file the returns can do it by April 18th. After that, they will also receive a tax rebate. Therefore, this new stimulus check will be highly beneficial for the taxpayers.

This is another of those five states that have already received the approval. In fact, it was in the fall of 2021 that Gov. Phil Murphy and the New Jersey state legislature approved budget measures. This would now send one-time rebate checks of up to $500 to around 1 million families. Sounds great, right?

Moreover, if you are one of those who file the tax returns using a taxpayer identification number instead of a social security number, you will receive an additional amount. They would include the non-resident and resident aliens and all those who depend on them. So the 4th stimulus check is indeed pretty essential for the residents.

Just like Georgia has found itself a healthy budget surplus at the end of 2021, the Indiana government too announced that the taxpayers would get a $125 one-time tax refund. However, they will become eligible after they file their 2021 taxes.

However, the state’s revenue department also says that the taxpayers should not expect to see this bonus refund as soon as they file their taxes. They will indeed receive these payments sometime in 2022. So they must not panic.

It was early this year in March that New Mexico’s Gov. Michelle Lujan Grisham signed into law relief measures. In fact, he did it because this would provide the taxpayers of the country to get a one-time tax rebate of $250 if you are a single filer and $500 for married couples who file the returns jointly. In fact, very soon, you will also know of the 4th stimulus check release date.

However, the taxpayers must meet some of the criteria to be eligible for this. So as per the criteria, the single filers’ income must be less than $75,000, and for married couples, it should be less than $150,000.

Which are the States that are Still in the “Pending” Position?

You must have got a clear idea about all those states in which the government has already approved the stimulus checks. Now let us discuss some of those states still in the “pending” position.

Now that gas prices are soaring high, Gov. Gavin Newsom has suggested that the taxpayers can get a rebate of up to $9 billion in funds. However, the government is yet to give its approval to this proposal. Therefore, it is still in a pending state.

The eligibility criteria will also be quite simple. As per the sources, it might be based on vehicle registration instead of tax filings and income percentage. This was done keeping in mind the low-income residents.

This is another of those states where the government is yet to say Yes to the stimulus checks. Gov. David Ige proposed sending a tax rebate of $100 payment for the eligible residents. As of now, they have not disclosed the eligibility criteria and other details.

Since Kansas is one of the states of the United States that has the highest grocery taxes in the nation, its government is considering that it would reduce its 6.5% tax on groceries. Yes, it is huge! However, as of now, we do not know when this will come into effect.

If you have read the news, you must know that the Kentucky Senate approved a $1 billion rebate for eligible residents earlier this week. However, the legislation is yet to approve. But if they approve this suggestion, the residents will receive a one-time payment of up to $500 and $1000 per household.

So with a $2.6 billion budget surplus, the Gov. of Virginia advocates offering a certain part of that money to the taxpayers. However, the bills are still under process in the state legislature. They have primarily aimed at reducing the state’s 2.5% grocery tax. So we hope that they announce the decision soon enough.

So as we conclude, we can say that stimulus checks are highly essential in the present scenario. Therefore, if all these different states offer a good sum of money as a tax rebate, it will indeed be of immense help for all those striving to make both ends meet.

Also read: Know Everything About The Characteristics of American Culture

Obstacles of A Horrendous FICO Rating and The Plan