Hours and Hours of Entertainment: Streaming Apps for Your Set-Top Box 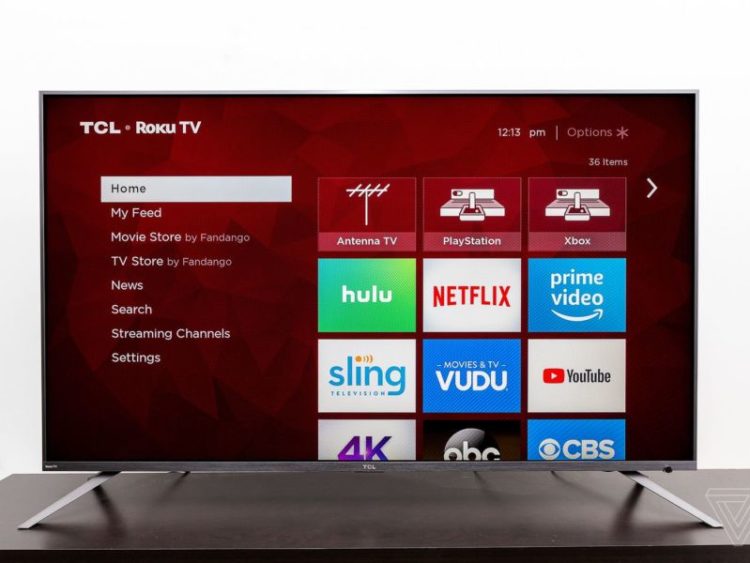 Even before the COVID pandemic forced all of us inside, cutting us off from entertainment centers like theaters and cinemas, there has been a rapid, steady shift towards getting our movies and TV through digital platforms.

The reason for this phenomenon is simple: people prefer consuming their entertainment in a convenient and controlled environment, having the ability to access it at all times for a low overall monthly fee. Instead of paying somewhere around fifty dollars cumulatively for their family to see a new film in theaters, why not pay somewhere around twenty, choose your own showtime, and consume snacks you don’t have to pay extra for in the comfort of your living room?

Instead of going to see a film by yourself, sitting next to people you don’t know in a crowded movie theater, and trying to ignore the sounds of chattering teenagers and crunching popcorn, why not curl up in a blanket and watch a movie on your flatscreen? Why wait for the newest episodes of your favorite shows to crop up at an irregularly scheduled time when you can log into Hulu or Netflix the next day and watch it on demand whenever you want?

Traditional means of consuming media are beginning to be subsumed by streaming services, with subscribers rising and people cutting their cable cords across the nation. People are using streaming software hubs like Roku and Kodi to connect their streaming apps, allowing them access to multiple “channels” of content at any given time; for most, the advantage of streaming services over cable is that they get to choose the channels they pay for and get access to only the content they desire. The key, then, is for an educated consumer to be able to pick the channels that most warrant their investment, providing them with a reliable, constant stream of new and cutting-edge entertainment.

Without further ado, here are some of the best streaming apps to connect your set-top box to.

When Paramount Plus arrived on the scene, it was mostly met with groans: arriving rather late in the streaming game, this newer service appeared more like an attempt to capitalize on the success of already existing services. However, since the service burst onto the scene, it has accumulated an impressive library of content and originals likely to attract even the most cynical of customers.

Paramount Plus is the exclusive streaming home of “The Office,” and also features extensive back-catalogs of popular shows like “South Park,” “RuPaul’s Drag Race,” “The Twilight Zone,” and more: fans of “The Office” who grieved when the show was removed from Netflix will find more than they bargained for when they log on for their Michael Scott fix. The channel also has originals like “Star Trek: Picard,” the new “Paranormal Activity” film, and the TV show adaptation of “The Stand.”

However, what is access to “The Office” without access to its equally funny, equally legendary sister show, “Parks and Recreation?” A Peacock subscription will give you access to the full catalog of Parks and Rec, as well as “Modern Family,” “The Late Night Show with Jimmy Fallon,” “Psych,” and other popular shows, as well as Peacock originals and exclusives like “Limetown,” “La Brea,” and “Yellowstone.”

More interestingly, Peacock was recently chosen to be the exclusive streaming home of a major film at the same time it debuted in theaters, allowing its subscribers unparalleled access to the horror movie of the season, Halloween Kills. With this surprise being a well-kept secret, who knows what other major motion pictures may come to the platform, available for free for subscribers while others have to pay full price to see it in theaters?

While Kodi has already been mentioned as a kind of set-top box software, and it does function that way, much like Amazon Prime, Kodi comes with a bunch of programming built in for free. If you are in need of a set-top system that will work like a hub, connecting all of your streaming services and allowing you to access them from one location, you can’t go wrong with Kodi.

Kodi also allows you to play games on its platform, and it’s open-source, so it can be modified and added on to as needed. Best of all, it’s completely free, giving you hours of brand new content as soon as it’s installed.

In our world, where streaming services are becoming as prolific and as varied as the TV channels of old, you are spoiled for choice as to which you decide to patronize. Patronize those who give you the biggest bang for your buck, and you’ll find you never run out of new content to watch.

What is A Mobile Patrol App? Why Do You Need One?