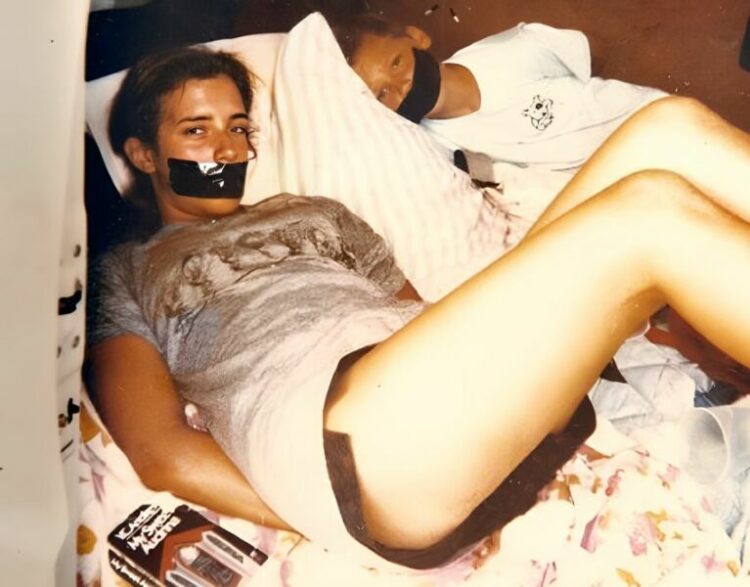 Tara’s calico Polaroid appears a year after her disappearance. In 1988 Tara Calico from Mexico suddenly goes missing. In Valencia County, she was last seen when riding her bike. She always took the same road to the home that is 47 New Mexico roads. Patty Doel is the mother of Tara who always travelled with her through these roads.

It was an ordinary day for Tara and her mother. Like every day she starts to ride on Mexico New road. Everything did not go normal as they imagined. Tara Calico disappears into nowhere on September 20 1988. Let us see what caused Tara to go missing and also the Tara calico Polaroid that appears after her disappearance.

The day on which Tara Calico mysteriously disappears

Tara Calico and her mother reside in New Mexico with decent jobs. Riding a bike was easy to get to nearby places. However mother Patty did not want to ride on a bike with Tara as vehicles drove harshly. One day a car would have hit Tara’s bike and injured them. Due to these reasons, Patty never took bike rides with Tara. Further, Tara did her usual bike riding on New Mexico road.

On 20th September 1988, she travels on her bike on a sunny day. Before going out Patty said Tara to return home by noon. Tara had a Tennis date with her boyfriend that day. Tara jokingly says to her mother to come to look after her if she does not return by noon. That day Tara Calico did not return home. There was no clue where she went or if he is alive.

The search party after the mysterious disappearance

Tara Calico missing on a bright day in Mexico is shocking news for the parents. After her disappearance parents receive fewer details about the investigation. Patty and her husband John went to the site to see if they get any evidence about their missing daughter. The search party finds no clue about Tara. Also, no one saw a kidnapping or accident on that day. After a few days, some of the witnesses report seeing a van riding alongside Tara.

With deep searching cops also found Tara’s cassettes and walkman in pieces. This evidence was left deliberately at the scene. Due to this, the cops come up with a theory of whether Tara Calico ran away from home. However, her parents were sure about their daughter. They say that Tara a bright and enthusiastic girl would never do such a thing. Even after waiting for many months no proper development on Tara’s case frustrates the parents.

A cold case reopens with a disturbing Polaroid

After a few months, the cops close the case due to no proper evidence. However, a few miles away from the missing scene cops find a Polaroid image in a convenience store. The photo shows a teenage girl and boy with plaster on their mouth and tied to a bed. A woman reports a man with a mustache dropping these photos on her store. After days cops also try to create a fake roadblock to catch the driver.

However, the plans to locate the man failed. The Polaroid photo went viral on television. Patty could not identify whether it was Tara in the photo. The Polaroid was blurry which raises more doubts. When looking carefully at the picture Patty could see a scar on the girl’s leg was similar to Tara’s.

With these details, Patty was indeed sure that it was her daughter in the Polaroid. Apart from this Polaroid, the cops did not do anything to proceed with the case. When they thought of having no evidence another missing case alerts the cops.

The death of a boy from a Polaroid image

The Tara Calico missing case becomes trickier after another report about a missing person. Nine-year-old Michael Henley is the boy found in Polaroid alongside Tara. His family reports about their missing son. The parents say that boy went missing during a fishing trip.

However, this family did receive bad news about their son. Michael dies due to exposure on a New Mexico campsite. Cops are still searching for any foul play in this case. Tara’s whereabouts remain unclear. There are no details or leads about Tara. The missing case of Tara Calico goes cold.

In 2003 after waiting for a long time Patty and her husband travel 2000 miles away to forget about their missing daughter. Everything in Mexico reminded the couple about Tara. However, in 2008 Sheriff in Valencia comes up with a compelling truth about Tara calico’s missing.

Without naming the suspects he unveils the series of things that took place on that day. The sheriff comes up with a theory of two men who made an accident. During this event, Tara dies and the men panicked and later disposed of her body. Rivera says about not being able make an arrest due to no remains of Tara.

Tara calico Polaroid case is a tragic cold case in history. Over the years there are three Polaroid photos of Tara Calico. However, what happened to her that day is still a mystery. The cops are not able to find the kidnappers or people they suspect for this murder. The only clear thing is Polaroid of Tara is taken somewhere in 1989. Other than this there are no details about the person who sent it.

In 1990 there is a Polaroid of Tara’s eyes covered with tape. There are no proper clues if it is Tara or not. Patty and john the parents of Tara are agitated with the cops for not taking any action. The sheriff of Valencia County found a compelling theory about Tara but they are furious about the fact there is no arrest.

Plus, they show their displeasure with the sheriff for publicly talking about the suspects when he cannot arrest them. Tara calico is missing for almost 30 years now. It is one of the tragic missing person cold cases in history. There are no details about where she went, what she suffered or if she is alive or not.