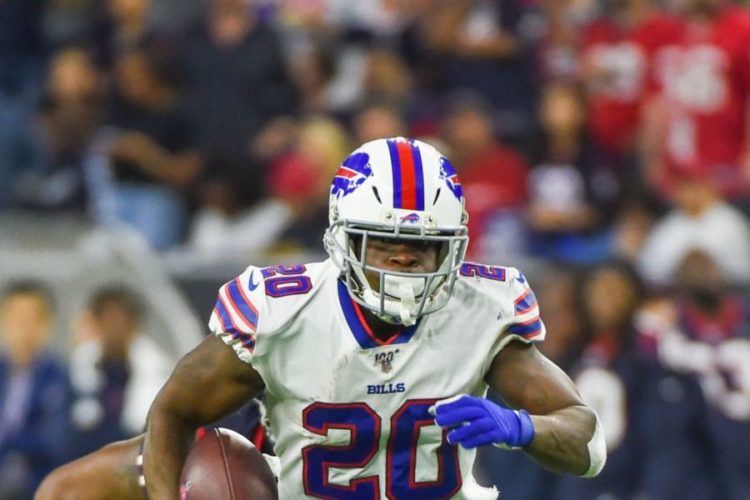 In our life, we may have multiple dreams or multiple things that we are good at, right? Frank Gore whom we know as the veteran NFL player is someone like that. His love for American football is quite strong and he has played in the NFL for 16 seasons. That’s why we can say that this veteran player has most certainly made a huge name and fortune for himself. However, as we said earlier, dreams cannot be limited to just one. You may have another dream that you want to fulfill in your love.

The veteran running back Frank Gore’s love for boxing is something that a lot of fans may know. He likes to follow that sport and now he wants to make it his next challenge. He has certainly delivered the goods at his next challenge, that is, boxing.

In a recent interview, he said that he still wants to play NFL. However, he is also training to compete in a different sport, which is boxing, as we mentioned earlier. That’s why he is training for both boxing as well as football. He said, “I’ve been training for both- football and boxing…I’ve always loved boxing…so that’s what I’ve been doing. And we’re trying to make a fight happen. If we do that, you’ll see me in the ring.”

That’s for the past because, at present time, he has appeared in the ring and aced as well. So, if you want to know about Frank Gore’s latest journey as a boxer, then it’s time to go through this article.

A Violent Entry into The Ring: The Running Back Delivers A Knock Out

So, a couple of days ago, we witnessed the first official boxing match of Frank Gore, the veteran NFL player. Needless to say, he played the same way as he did in the NFL. In other words, the match ended on a violent note. Gore’s scintillating performance made him deliver a knockout on a Saturday night in Biloxi, Mississippi. Who would have known that the NFL champ would go into boxing, right? However, our dreams make us do a lot of stuff and that’s where Frank isn’t a stranger as well.

Fans of Frank know about his bruce force, and how he rolled up 16,000 rushing yards in his 16-year NFL career. So, it wasn’t a surprise that he had a similar style in the boxing ring as well. The 39-year-old veteran put his skills on display on Saturday, defeating Yaya Olorunsola in a fourth-round knockout.

According to the sources, Gore landed a punishing overhand right in the match leaving his opponent reeling 0-2. Needless to say, he celebrated his grand victory in a grand style. But, it’s also worth noting that it was his second fight. After having lost a four-round decision to Deron Williams, a former NBA player last year, he won this one in a sound fashion.

Things To Know About The Knockout

As we mentioned earlier, Frank Gore landed a win in his pro boxing debut with an impressive knockout. The match that he played against Yaya was an amazing one, according to the audience. So, he landed a right hand that knocked Yaya out. He fell to the canvas in the 4th round of the match in Mississippi.

Moreover, it’s worth mentioning that Frank has shared a video of the final seconds of the fight and his celebration on Twitter. He put a caption saying, “Great day today! I want to thank my team for all the hard work!!”

Today was a great day!!!
Want to thank my team for all the hard work‼️🙏🏿 pic.twitter.com/k5Y2n5Nhh7

Furthermore, Saturday was also his birthday so that’s another reason why this victory felt so special to him. The 39-year-old Frank’s match against Olorunsola, 29, ended in 0-2, in favor of Frank. We already mentioned this but his first match against NBA All-star Deron Williams in an exhibition fight didn’t go that well. In fact, the facts tell us that after earning 62 million USD in a 16-year NFL career, he paid 300k USD to fight Williams.

Moreover, before the fight, there was some rumor that went on about him having a ‘high profile fight’. The 39-year-old also hired fight agent Malki Kawa who represents NFL players to train him.

Falling in Love with Boxing Despite The Toughness of The Sport

When you play NFL for 16 years, it seems that all the pain and fear go away. In fact, this is quite true for Frank Gore for sure. The 39-year-old Veteran player of American football said that he loves to play Boxing as well.

He said, “I just fell in love with how hard it (boxing) is…I felt like, man, I couldn’t fight, and I always like a challenge. So I kept doing it and doing it and I saw myself getting better and better.”

Frank Gore’s Career is Not Free from Controversy & Concern

When it comes to controversies, Frank Gore always finds a way to get his name in the headlines. Actually, this time around, it seems that Frank’s controversy is in actuality a concern.

To simplify, his career is under security because an MRI exam asked him to take before fighting Deron revealed multiple white spots on his brain. So, it’s probably the effects of him playing 16 seasons of NFL. It was enough for the officials to not sanction that fight. Despite the warnings, he played the game.

According to him, “I passed, and I talked to the doctors…they all told me there was nothing wrong with me. I have five kids and I want to be there for them. I’m not crazy…why would I risk my health and watching my kids grow up for $300,000?”.

In the end, his new journey has shown a promising start. However, his matches are now under scrutiny due to health concerns. It remains to be seen how Frank Gore tackles his new challenge in life now.