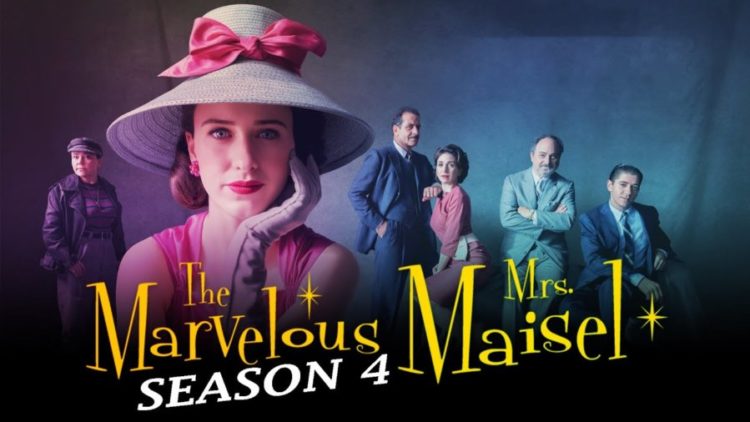 The Marvelous Mrs Maisel by Amy Sherman-Palladino has gained much fame since its release. The first release of this series was on 17th March 2017. The Mrs Maisel season 4 release dates are most awaited among the fans. The series filming of season 4 is completed in July. Season 4 is expected to be released in the next few months. Set in the early 50s, the Marvelous Maisel comedy series portrays the life of a housewife dreaming to become a standup comedian. It is a precious comedy series in this decade. Also, due to the unique storyline, the series has won several awards under the best period drama category. Golden Globe and the Emmys are some of the exceptional awards received for this series.

Further, there are plenty of positive reviews from the critics. The positive reviews are about the vibrant showcase of Newyork in the 50’s and sensible comedy. Also, the lead cast of the series has received much popularity and appreciation for their performance. Even the costumes used in the series are a visual treat to the viewers. If you are looking for new updates of Mrs Maisel season 4, this is the right stop.

The plot of Marvellous Mrs Maisel pictures the life of “Midge” Maisel. The story starts with an interesting twist. The life of Mrs Maisel, a housewife, takes a tough turn when she finds her husband is cheating on her. She is drunk and performs a candid standup comedy performance in a bar. It is a place where she gets in touch with Midge’s manager named Susie Myerson.

Thereafter, the story takes a leap to Mrs Maisel’s journey to become a standup comedian. She had a difficult time establishing herself as a standup comedian in the early 50’s. However, she courageously faces every problem and starts to open as a standup comedian for famous star Shy Baldwin. Further, she joins the North American tour with the musician. It offers her a promising opportunity in shy’s European tour.

On the final night of the tour, she almost reveals the secret of shy’s sexuality. It leaves Mrs Midge getting banned from the tour and starts to cry on the runway. Misusing this lifetime opportunity and loss of good friendship hurts Midge the most. The plot of Marvelous Mrs Maisel season 4 is still unknown. However, the story will continue with Midge overcoming her fallout time with the superstar. Meanwhile, it is assumed that the show will have to face more family drama in her challenging journey.

You may also like: 4 Blocks Season 4 Release Date and All Update

Who is the cast for Marvelous Mrs Maisel season 4?

Due to the covid 19 pandemic, there has been a minor change in the cast of Marvelous Mrs Maisel. Midge’s character is gaining massive popularity in the entertainment world. Midge’s character is compared to some of the iconic roles such as Joan Rivers and Phyllis Diller. These fictional roles of women in comedy series are empowering for many. Lead roles will return to the 4th season of the series. The favourite lead cast members are returning for season 4.

Rachel Brosnahan will continue to play the lead role of Miriam “Midge” Maisel. Michael will return as Joel Maisel and Alex Burstein as Susie Myerson. You can expect Marin Hinkle as Rose Weissman and Hsu as Mei Lin. Also, Tony Shalhoub will play Abe Weissman, Kevin Pollak will return as Moishe Maisel.

Furthermore, Caroline Aaron will feature Shirley Maisel and Jane Lynch will play Sophie Lennon. There are plenty of new members added to the Marvelous Mrs Maisel cast. Allison Guinn, Jackie Hoffman, and Kayli Carter will join season 4 of Marvelous Mrs Maisel. Some of the other actors playing other interesting characters are still unknown.

The new Marvelous Mrs Maisel season 4 will feature exceptional instances of Mrs Maisel life. There will be a leap in the story that will lead to the 1960s in the upcoming season.