4 – Esports Tournaments and Games That The Whole World Knows About 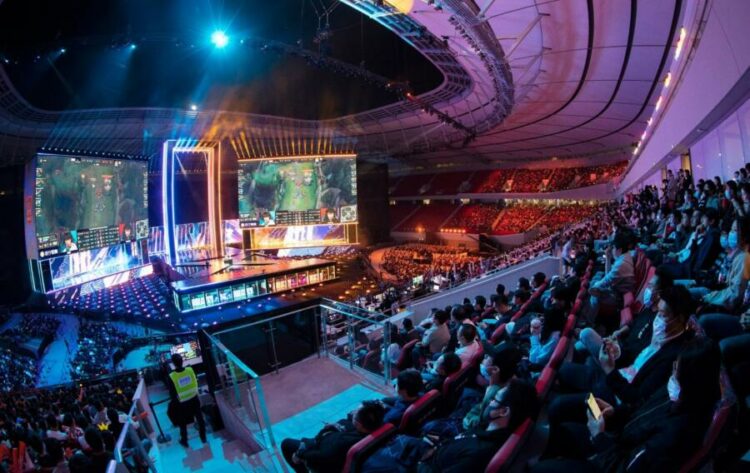 Many of us love to play computer games, especially those that allow us to compete with computer opponents and challenge live players. It can be done in Dota 2, League of Legends, CS: GO, and other online games. As a rule, each game is a competitive discipline or a particular type of electronic sport. Hundreds of esports tournaments and championships are held worldwide every year. Both amateurs and professional players take part in such competitions.

We want to tell you about the most significant annual championships, which are the most popular among players and eSports fans. If you are a fan of play slot games, then you can find specialized competitions on the websites of gambling clubs.

The main event in the professional Dota 2 competitive scene is called The International. It is the World Championship, which has been held annually since 2011. Eighteen best teams from different countries from all over the world take part in the competition. The winners get the prestigious world champion title and a significant cash reward. The International 2021 had a prize pool of over $40 million, with the winner, Team Spirit, taking home $18 million.

Majors are annual professional CS:GO tournaments. These esports tournaments started at DreamHack Winter in 2013 with the support of Valve. The best teams in the world get the opportunity to earn good money by winning prizes in this series’s esports tournaments. Thus, the prize fund of PGL Major Stockholm 2021 was equal to $2 million. The game was won by Natus Vincere, who took home a cash prize of $1 million.

The first League of Legends World Championship was held in 2011. Then only eight teams took part in it. Over time, the number of participants increased. So in the 2021 World Cup, 22 groups from all over the planet have already fought against each other. It was a confrontation between the best players, followed by millions of fans. The championship was held in Reykjavik, Iceland, from 5 October to 6 November.

The event’s prize fund amounted to more than 2 million US dollars. The winner of the Championship was Edward Gaming, who received $489,500 in rewards. If you are fond of computer games and e-sports, we recommend that you pay attention to the events mentioned above. These esports tournaments and championships are held every year. And this means you can regularly enjoy watching matches with the participation of the strongest teams on the planet.

The selection of participants for such a high-rank championship is rigorous, guaranteeing a high skill level that players will demonstrate. Watching the opposition of the most vital gamers in the world is incredibly exciting and interesting. See for yourself because the PGL Major Antwerp 2022 CS:GO is taking place right now, and the winner will receive 500 thousand dollars!

The original Defense of the Ancients mod for Warcraft III: Reign of Chaos (2002) was released in 2003, instantly became popular, and spawned a whole new game genre – Multiplayer online battle arena (MOBA). However, cyber archaeologists trace the roots of MOBA to RTS Herzog Zwei (1989) for the Sega Genesis. However, that is not the point. The first Dota became an esports discipline; small esports tournaments were held in computer clubs in 2004. But the actual popularity of the game as an esport discipline in which you can earn good money came after Valve got down to business.

Dota 2 tournaments with big cash prizes started before the game left beta status. The first public demonstration of Dota 2 was held at the first International tournament, August 17-21, 2011, at the Gamescom exhibition in Cologne, Germany. The same The International, which set new standards for eSports prize money, immediately took the bar at $1.6 million.

But The International is far from the only Dota 2 cash tournament; there are also Dota2 Major Championships with prize pools of $1–3 million. In April 2017, the Major with prizes of $3 million was held in Kyiv. Then there are the $1.5 million World Electronic Sports tournaments, the $1 million DreamLeague, ESL, and MDL tournaments, and a host of more miniature games with just hundreds of thousands of dollars in funds. Finally, up to small regional and city competitions for $10-15 thousand prizes.

Nobody disputes the popularity of this game. Yes, it is rarely updated. Something unpredictable is constantly happening in it (about bugs and features). Still, Counter-Strike has become a symbol of eSports shooting. Ever since the day the first esportstournaments were held in CS 1.6.

League of Legends, or LoL, is a clone and main competitor of first Dota, then Dota 2. It’s funny, but at first, the publishers didn’t want to support the game at all without a single-player campaign and with a Free-to-Play distribution model. Then, finally, the Chinese mega-holding Tencent helped, undertook to promote the game in China, and in 2011 bought the developer studio Riot Games (Los Angeles, USA).

Now League of Legends generates a huge cash flow from cosmetics. $2.1 billion in 2017 (record), $1.75 billion in 2020. There is a kind of competition between Dota 2 and LoL regarding the number of heroes and cosmetics for them. So far, LoL is winning – 140 champions versus 120 heroes in Dota 2.

At the same time, Tencent / Riot Games works much better with other media. LoL has well-developed lore, the history of the world, characters, stories, comics, and videos published on the game. There is even a virtual pop group K / DA, from the heroines of LoL, which releases very bright clips.

As for the esport component, LoL tournaments with cash prizes were held as part of the World Cyber ​​Games (by the way, the legendary tournament was recently revived under the wing of the Korean game publisher Smilegate), Intel Extreme Masters, and DreamHack. In addition, since 2011, the League of Legends World Championship has been held, an esports tournament with the largest prize pool before the advent of The International.

Now LoL World Championships with prizes of $5-6.45 million have rolled back to the tail of the Top 10, giving way to the top of the Dota 2 table. However, unlike Valve, Riot Games pays salaries to the best players in the world competing in the League of Legends Championship Series instead of raising the prize level at the expense of the viewers.