The Mythical Kandahar Giant Killed by U.S. Special Forces: Are the Rumors of The Giant True? 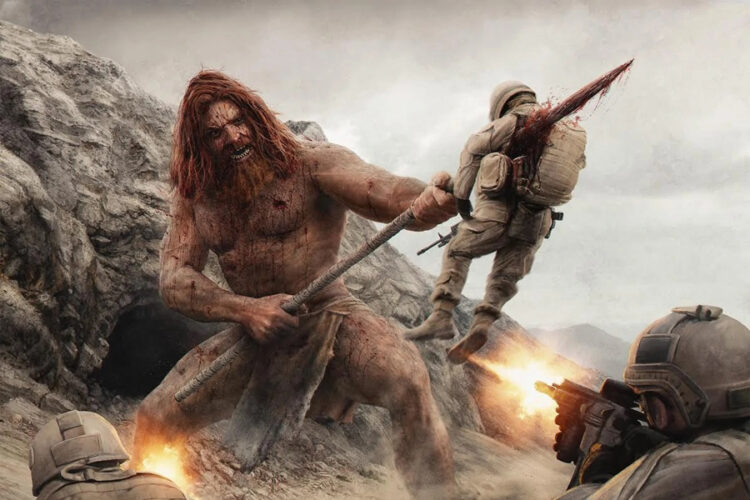 Are the rumors about Kandahar Giant true? Does the monster exist in real life? Let’s see and learn about all the intriguing facts related to it!

A military contractor, Mr. K was interviewed in-depth by a YouTuber in August 2016. Mr. K claimed in the interview to have witnessed the horrible murder of a killer he called the Kandahar Giant.

He claimed that the killing of the giant occurred in 2002, at the height of Operation Enduring Freedom, when the military was fighting the Taliban in Kandahar Province, which served as their de facto capital. This, however, was not a person.

The 13-foot-tall Kandahar Giant, according to Mr. K, had six fingers, two sets of teeth, and blazing red hair. Before being brought down by the rest of the unit’s relentless gunfire for 30 seconds, it even killed one Special Forces member with a spear. And after they radioed it in, the Army took the corpse and is hiding it ever since.

Know About the Kandahar Giant

In the southern Afghan province of Kandahar in 2002, a squad of soldiers vanished while patrolling in a remote mountain area. A special ops unit was asked to investigate after some time passed with no radio contact from them, though it was never made clear which branch of the military they belonged to.

The team later discovered a cave in the mountains high above, with Army equipment lying around but no evidence of the missing soldiers. They then came across the Kandahar Giant at that point.

Kandahar Giant, a red-headed monster with six digits, smells like “dead bodies”. He abruptly came from the cave and stabbed one of the troops with a spear.

And the soldiers began to fire at that moment, killing the giant after 30 seconds of nonstop fire.

The squad had full-auto M4 carbines, “recon carbines”, and firing M107 Barrett pro rifles between them. This much firepower focused on a single target for even thirty seconds would be incredibly damaging. One report states, “50 BMG.”

To ensure that they all kept silent, the soldiers signed non-disclosure agreements. Following the giant’s death, the soldiers put it onto a Chinook chopper, then moved it to a transport plane. From that time, no one ever saw the monster again.

But ultimately, the troops spoke up because, in the words of one of them later, “the public has a right to know the truth.”

Government Tried to Hide the Controversy of the Kandahar Giant

Additionally, there are no publications on the Department of Defense website about a “special forces troop” going missing in Afghanistan or any incident when soldiers killed a giant.

Like any good conspiracy, the absence of evidence does not prove the debunking of the Kandahar Giant myth. Snopes’ debunking of the myth has had the exact opposite impact in some cryptid areas, where it is alleged that the government is “trying to hide the truth” from the people.

L.A. Marzulli claimed on several right-wing web pages that the U.S. government was trying to conceal this “spectacular” story. Plus, prevent the public from learning the truth about Biblical prophecies.

“People should be aware of this information. According to him, as American citizens, we have a right to know if 15 or 18-footers are wandering the planet and our military killed them.

This isn’t classified military information, after all. We have to be aware of this. It also refers to the prophetic story in the Bible.

The Biblical Origins Behind the Kandahar Giant Myth

The mythical Kandahar Giant is much more intriguing than the myth. L.A. Marzulli, whose YouTube channel concerns the happenings of biblical predictions, revived the tale in 2016 with the help of the Internet.

In a now-deleted video published on August 16, 2016, Marzulli spoke with Mr. K. He’s a man claiming to be a soldier. He saw the “Giant of Kandahar” killing one of the soldiers. Before he and the other “special forces” killed it, according to Mr. K, he witnessed the monster killing a U.S. soldier named “Dan” while wielding a spear.

The creature, according to Marzulli, was a Nephilim, a race described as “humans of abnormally huge size and strength”. The Nephilim are also there in the Old Testament books of Genesis and Numbers.

However, the majority of biblical scholars believe that the Nephilim stories were metaphors. Rather than founded on the existence of a 13-foot giant in the desert.

Given the evidence against it, soldiers who fought in Kandahar in 2002 claim that the tale of the Kandahar Giant is still an open secret!