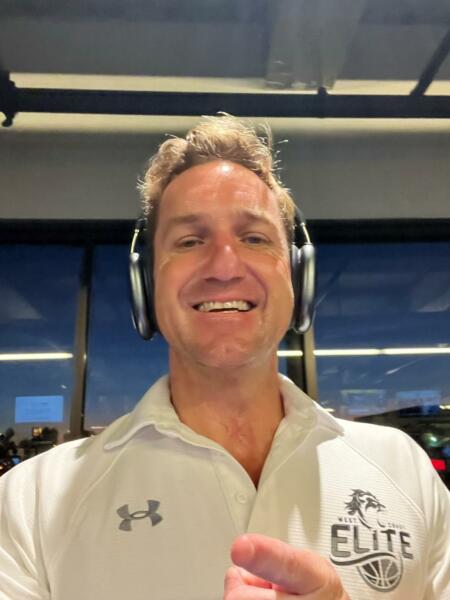 Thousands of people out there choose to study their favorite subjects. Later, they seek alternative occupations in life to run their lives. The same story happened with Ryan Silver, who is famous as a successful entrepreneur and an NBA event operator and has a huge fan following as a most influential person in college sports. Still, Ryan Silver completed his study as a political science graduate but had an excellent and rich family ground.

Hence, he chose to be into sports instead of struggling with his mind in the political scene.

Ryan Silver is a famous and renowned personality in college sports who has struggled to step up thousands of youth, including men and women, to achieve whatever they want with their outstanding sports skills for so long. Ryan’s father is still a Hollywood producer.

Ryan could not get a vibe to be an actor but had desires to prove his intelligence in reality over the big canvas of life. His mother is also a famous real estate developer, but she could not convince Ryan to adopt her occupation due to Ryan’s extreme affection for sports.

After growing up, Ryan decided to be a basketball coach to help out students and passionate younger players. He started working as a coach in 2003 and still serving with his promising services as a professional basketball coach with over 20 years of experience in the relevant field. Ryan successfully helped thousands of people in getting full scholarships.

Coach Silver has been entitled to an award and won a CIF Championship at Sierra Canyon High School in 2011. Due to his kind heart and soft-hearted personality, Ryan has been a part of countless city and state charitable organizations, such as California Boy’s State, where he served the organization as a counselor for 18 straight years.

His influence on people could not stop because Ryan always craves to shape various athletes’ lives and has mentored countless past and present NBA, NBA & NCAA Division 1 college basketball players to make them allow them to follow their passion and build their future as a player. Coach Silver has assisted over 500 student-athletes to achieve scholarships from the premier NCAA Division 1 program.

Never Stop. Never Give Up

His inspiration to be a basketball coach and an NBA event operator is not a long story, but his instincts convinced him to be the path between success and struggle for others.

His favorite players are Coach K, Nick Saban, and Bill Belichick. Ryan always aims to learn and teach new basketball techniques and transfer all the knowledge to the students to make them succeed as sportsmen. He chose this field by getting inspired and struggling hard to inspire thousands of people.

He just nailed it perfectly by showing his basketball coaching skills and participated in thousands of tournaments as a coach to help emerging players and passionate sportspeople. Ryan is not demanding about his coaching but pushes thousands of players to play hard and show their maximum skills on the field to shine out among their competitors.

Also read: Why Did The Falcons Trade Matt Ryan to Colts & Signed Marcus Mariota to Start a New Era?