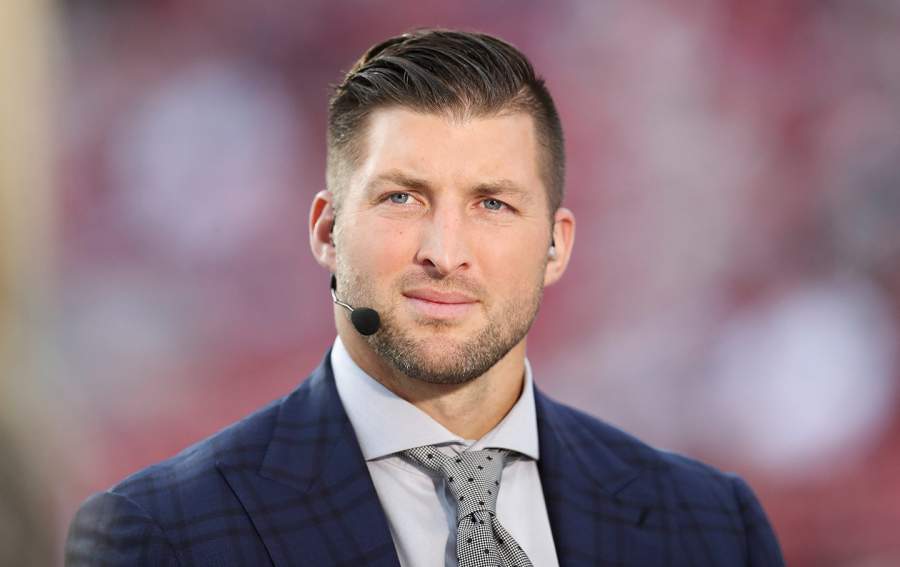 Tim Tebow (Timothy Richard Tebow) is a popular American footballer. He plays for New York Mets in Major League Baseball. He served as a football quarterback and also Broadcaster. For the University of Florida, he played as the college footballer and he won Heisman Trophy. He was a part of many winning teams in his career. The player is well known for his athletic talents also. Most importantly, the player is a left-fielder and hitter. You can find all the details of Tim Tebow’s biography here.

During the 1960s, Tebow’s parents Robert Ramsey Tebow II and Pamela Elaine were studying at the University of Florida. They got married on June 12, 1971, and went to live in the Philippines as Baptist Missionaries. Tebow’s mother was sick when she was pregnant with him. The medications she took led to placental abruption. So the doctor’s expected that she will give birth to a stillborn child and asked her to abort the baby. But the couple decided against it. Then Tim Tebow came to the world at Manilla and when he turned three his family moved to Jacksonville, Florida.

For his high school education, he went to Trinity Christian Academy located at Jacksonville. He was able to play for the unpopular football program located at Allen D. Nease High School. Here he played as the quarterback. But he never fully enrolled at the school because he got home-schooled by his parents. The Florida District also allowed home-schooled children to take part in the games conducted at the school. Tebow began to get popular because of the skill he showed in football at the school. He got named as the player of the year at the state level.

Tebow received the scholarship to go to the University of Florida. He began to play in a team under coach Urban Meyer. Tim Tebow received the valuable player award for his prowess in the field. He got chosen for many teams in the years 2007, 2008, and 2009. He also played in many seasons of football and did many fantastic things in the sport.

Tebow passed in 2009 NFL Draft for the senior season. Although he got many successes as a college player he had to prove his talents in the NFL matches. Many coaches shared that Tebow had the potential to play good football as he can throw from any level. They believed in his ability to revolutionize the game. He got selected to play for the Denver Broncos in 2010 season. His first victory in the career was on December 26 where he was able to defeat the Houston Texans.

Then in the 2021 season, he played for New York Jets. He got his ribs broken during the game against the Seahawks. Then after his release from New York Jets, he played for the other teams like the New England Patriots and Philadelphia Eagles. He did his best for the teams he served during these years.

Tebow began to play baseball from the year 2016 and it is still going strong now. He signed a contract with the New York Mets and became a part of Mets’ instructional league. Although he found it challenging he hit his first good home run in 2020. He was playing against the Detroit Tigers.

In the year 2019, he got engaged to Miss Universe 2017 Demi-Leigh Nel-Peters who is a South African Model. They got officially married in a location situated in South Africa on January 20, 2020. They are a good couple as Nel-Peters thanked him on her farewell speech of the 2018 Miss Universe event.

As Tim Tebow is a popular former footballer and current baseball player his earnings are huge indeed. He signed many contracts with popular teams. His net worth is $5 million. He has a lot of plans in the future as many of the games put on hold because of the COVID 19 pandemic.

Tim Tebow is a popular baseballer. He has many great interests and enthusiasm to try different things. He has the aim to do more in sports and also help people with his resources.