Top 10 Journalists in The world, You Should Know 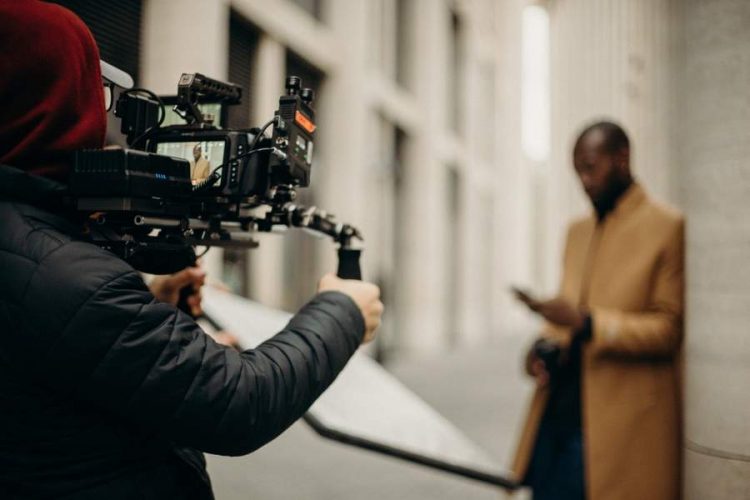 There are top journalists in the world who are breaking the media with their forceful speeches. They uncover the scandals, plots and bad reports happening around the world. They are the ones who act as the eye and mouth of the public. Moreover, they also bring us accurate news from all around the world.  Here is the list of ten popular journalists who are well known for their courage and skills. This is a job not suitable for the faint-hearted.

Kathryn Adie CBE, DL is one of the famous English journalists in the world. She served as the Chief News Correspondent for BBC news. She reported about the war zones between 1989 and 2003. She is seventy-five now and is serving as the ambassador of SkillForce. She is best known for her work when she reported live from the Iranian Embassy siege. From then onwards she regularly got dispatched to the warzones during the 1980s.

One of her most famous assignment was the Tiananmen Square protests of 1989. She saw the massacre with her own eyes that affected her very much. She has received many awards for her contribution as a journalist.

He is an American investigative journalist who started his career as a reporter in The Washington Post in 1971. Currently, he is the associate editor of the paper. He is best known for his work in the Watergate scandal along with Carl Bernstein. This is the scandal that led President Nixon to resign from his post.  He is seventy-seven now. Moreover, he has written nineteen books about politics. The Washington Post won two Pulitzer Prizes because of his contributions.

Walter Leland Cronkite Jr. is a famous American broadcast journalist. He started his career as an anchorman for CBS Evening News. He also got named as the most trusted man in America because of the result in the opinion polls. He is famous for his reports on events that happened between 1937 and 1981 such as the bombings in World War II, Vietnam War, and Nuremberg trials. Cronkite is well known for his closing catchphrase “And that’s the way it is”.  He demised at the age of ninety-two.

Hunter Stockton Thompson is a popular American journalist and author. He is the founder of gonzo journalism movement. Then he became famous after he published Hell’s Angels 1967. On 1970 he wrote a magazine “The Kentucky Derby Is Decadent and Depraved” that helped him to establish his career. But due to his various health problems he died because of suicide at age sixty-seven. His friends after his death honoured him by saying that Thompson was an American moralist who exposed the ugliness around him.

Shuli hails from Beijing and she is the founder of Caixin Media. It is a media group from Beijing that is well known for its investigative journalism. She is also serving as the professor of Sun Yat-sen University. Moreover, she is the board member of United Way Worldwide. She has worked as an assistant editor and reporter for the Worker’s Daily. In her early career on 2001 she served on Phoenix TV. She got awarded for her contributions as a journalist several times.

Fisk is a prestigious writer and journalist. In his career, he is well known for his strong views on United States foreign policy in the Middle East. His work has earned him praise from many critics. In his career as an international correspondent, he has worked on assignments like civil wars in Lebanon and Algeria, the wars in Bosnia and Kosovo, Iran–Iraq conflict and more. Moreover, he has interviewed Osama bin Laden three times. His age is seventy-four now and many of his books have become famous.

Christiane Maria Heideh Amanpour is an illustrious British-Iranian journalist and host.  She is serving as the Chief International Anchor for CNN. Moreover, she is the host of show Amanpour. Her reports about the Persian Gulf War on CNN brought her a lot of notice. On 1992 during the Bosnian War Amanpour reported from Kiseljak. She got a reputation for being a fearless woman even in tough zones. She has interviewed popular personalities like Mahmoud Ahmadinejad, Constantine II of Greece, Ameera al-Taweel and more. She also has interviewed actors like Angelina Jolie, Tom Hanks and Meryl Streep.

Sami Mohy El-Din Muhammed Al Hajj is a well-known Sudanese journalist who works for Al Jazeera network. On 2001 he got arrested by the Pakistani army while on his duty in Afghanistan. He got held at the United States Guantanamo Bay detainment camp for six years. Then after his release, he wrote a book titled Prisoner 345. His experiences at the camp became well known all around the world. His age is fifty-five now. The case of Al Hajj has also got adapted into a documentary titled Prisoner 345.

Michelle Alexander is a well-known black American journalist. She is also a writer and civil rights advocate. One of her best works is The New Jim Crow: Mass Incarceration in the Age of Colorblindness. Most of her campaigns based on topics like the Race in the United States and Racial profiling. On 2018 she got hired as the optical columnist for The New York Times. She made an appearance in 2012 documentary Hidden Colors 2: The Triumph of Melanin where she talked about the mass incarceration of African American adults. She is never afraid to talk about her views in public.

Julie K. Brown is a top investigative journalist of Miami Herald. She is best known for her assignment on Jeffrey Epstein’s sex trafficking. She is one of the influential people of 2020. She started her career in Miami Herald where she spent her years investigating on Florida prison system. In the sex trafficking case of Jeffrey Epstein, she was able to uncover the information about eighty potential victims.  Many victims shared their stories to her. She is now working with HBO for a limited series based on this case. Brown is going to serve as the executive producer.

These are the top ten journalists who have worked on cases and helped justice to prevail. They have uncovered the hidden wrongs and exposed it to the world. They have contributed ground-breaking services to the media.

A Comprehensive Guide on the Best Online Multifamily Crowdfunding Platforms