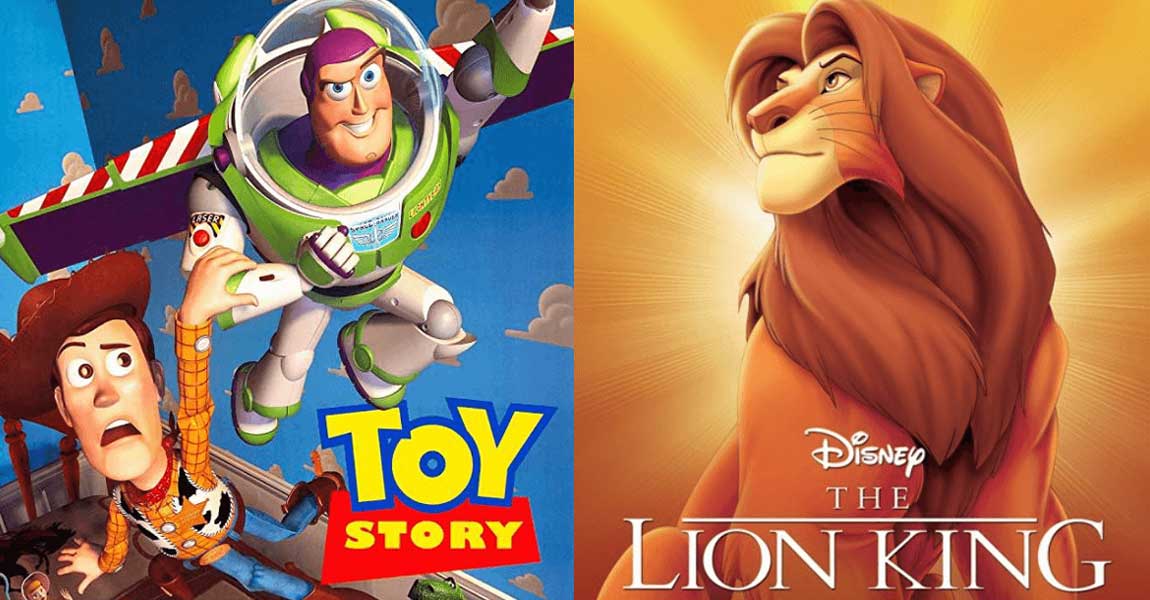 Hollywood is very famous around the world, for its movies and shows. Technological advancements have given rise to the production of animation rich movies for you to enjoy. These movies stand out from the rest of the competition because of the high-end graphics they contain. It’s precisely why animated movies have profoundly impacted the cinema watching experience of audiences for the past decades.

Therefore, here is a compilation of top animated movies that you must not miss out at any cost.

All of our favorite family of superheroes are back in ‘Incredibles 2’. However, this time Helen is in the spotlight. Bob is at home together with Violet and Dash for the navigation of the day to day heroes of normal life. The transition has become tougher by the fact that the family was unaware of the baby’s emerging superpowers.

Family and Frozone somehow found a way to work together again when a new villain hatches a dangerous plot. It is easy said than done, even when they are all Incredibles. This movie is written and directed by Brad Bird and produced by John Walker and Nicole Grindle.

Toy Story 4 is an upcoming American 3D animated comedy film and is the third sequel of Toy Story. The film is going to arrive after a long wait of nearly nine-years since the last version of the same. Toy Story was released in the year 1995 which means the next launch is more than two decades after the original.

In total there are five characters namely Little Bo Peep, Buzz Lightyear, Sheriff Woody, Jessie, Mr. Potato Head. It’s indeed a worth watching movie for all and is set to be released in cinemas on 21 June 2019. Don’t forget to book your tickets for the first day first show and get amazing discounts by using Bookmyshow offers.

In this movie, a young clownfish called Nemo is captured by underwater sea divers. He ventures into the open sea, despite his father’s constant warnings about various ocean’s dangers. Then Nemo is netted up and send to a dentist office located in Sydney.

His father Martin try to retrieve Nemo with the help of another fish known as Dory. She is a blue tang and suffering from short-term memory loss. They encounter various dangerous sea creatures while traveling a great distance to rescue Nemo.

In the end, Nemo and other sea animals somehow find a way to return to the sea to live their lives free again. All the people who love adventurous movies must watch this film.

It’s an emotional and sad movie about a young lion price. He is cast out of his pride by his cruel uncle, who killed his father. The prince grows up beyond the Savannah while the uncle was ruling with an iron paw. Prince grows up with the philosophy of Savannah, i.e., no worries for the rest of the days.

This animated movie follows the adventures of how young lion Simba returns home to stop his uncle’s (Scar’s) evil reign and fulfill his destiny as the new king. It’s a must watch for all the people who love watching sad movies. By using Bookmyshow coupons, you can enjoy this movie and many others too at great Deals and Discounts.

This movie is about the time when glaciers overran the earth. Moreover, animals were moving here and there to save themselves from the upcoming Ice Age. Sid, Manny, and Diego come together when they have to return a child to its father.

It all happens while all are braving the deadly elements of the impending Ice Age. You can watch this movie on Netflix and don’t forget to check out Netflix subscription offers in India for decent offers on monthly subscriptions.

Hurry up! And watch your favorite Hollywood movies at a great price all you have to do is book your tickets online.