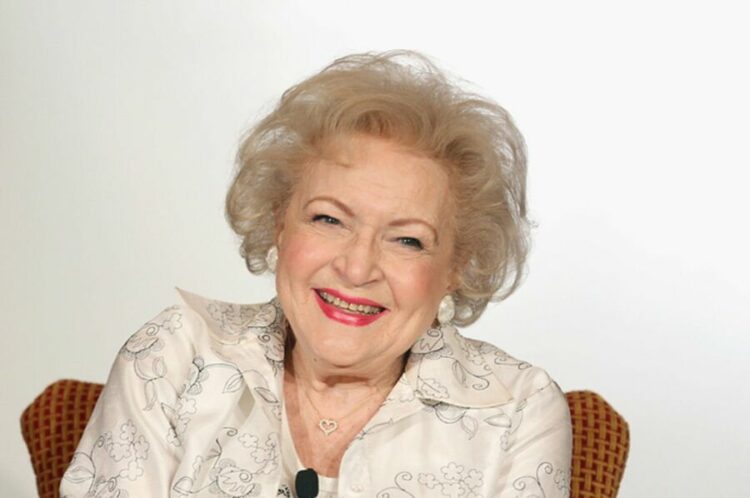 Golden Girls icon Betty White bids adieu to this world at the age of 99. Besides, she was one step from reaching 100. We, her fans, are greatly disturbed by this news. Netizens from all over the world have shown their grief via posts. In fact, the people from the industry have given their condolences on this sad news. “Even though Betty was about to be 100, I thought she would live forever”. This is what we hear from Jeff Witjas, who is the friend and agent of Betty White to People’s magazine.

Let us move on to the topic quickly. Keep following this piece if you are interested as well.

How have people reacted to this news?

Even though Betty was about to be 100, I thought she would live forever.” Although Witjas was her agent, he was her well-wisher and a true friend.  “I will miss her terribly and so will the animal world that she loved so much. I don’t think Betty ever feared passing because she always wanted to be with her most beloved husband Allen Ludden. She believed she would be with him again.”

We agree with him. Everybody knew that Betty White was an ardent lover of animals, especially dogs.

What does Betty White say about herself?

” I am so lucky to be in such good health and feel so good at this age. “It’s amazing.” This is what she thinks of herself.

Besides, she has shared with us that she was “born a cockeyed optimist. “I got it from my mom, and that never changed,” we hear her say. “I always find the positive.” The woman sure knows how to add a sprinkle of fun and positivity in her life.

Is Betty White trying to spoil the kids by speaking about her dislike for greens?  “I try to avoid anything green. I think it’s working.” Of course, she is! However, one thing is for sure. The woman surely knows how to crack a joke.

“I am the luckiest person in the world. My life is divided in absolute half: half animals, half show business”. White told this to TV Guide. “I have to stay in show business to pay for my animal work!”

Life and works of Betty White

Betty Marion White was born on 17th of January, in 1922. Firstly, she was an American actress and a comedian. Betty White was among the women who had stepped into the Hollywood industry first. Secondly, she had a career of more than seventy years.  Thirdly, we have heard that in the earlier stages of her life, she worked both on screen and off the screen. Fourthly, she was the first woman to produce a sitcom Life with Elizabeth in the United States.

Furthermore,  we hear that for this work she received the honorary Mayor of Hollywood in 1955. People frequently called her the “First Lady of Television”, because she was one of the earliest women to become an actor.

At first Betty White was working at the acrafio station. However, she got several chances to move to television. In The beginning, she was a host in some of the popular game shows like Password, Match Game, Tattletales

Furthermore, there is, To Tell the Truth, The Hollywood Squares, and The $25,000 Pyramid.

Due to her popularity, she was given the title “the first lady of game shows”, Furthermore, White became the first woman to receive the Daytime Emmy Award as a phenomenal Game Show Host for the show Just Men! in 1983. Apart from this, we hear that she was very famous for making appearances in The Bold, Beautiful, Boston Legal, and The Carol Burnett Show.

Let’s talk about some of her notable works. They are the CBS sitcom The Mary Tyler Moore Show (1973–1977) and the NBC sitcom The Golden Girls (1985–1992). Furthermore, we have the TV Land sitcom Hot in Cleveland (2010–2015). In addition, due to The Proposal (2009), we saw White in a new light. In fact, this made her all the more beloved to her audience. Did you know that she was the face of the Facebook-based campaign to host Saturday Night Live in 2010? In fact, she got a Primetime Emmy Award for Outstanding Guest Actress in a Comedy Series. Her works have always shown us a new way to look at life. We can say that she has shown television in a new light for many years to come.

Betty White got the Guinness World Record for “Longest TV career as an entertainer (female)” in 2014 as well as in 2018. This was due to the long time she spent not just on radio but also television and films. Furthermore, we know that White got eight Emmy Awards in various categories. Secondly, she got three American Comedy Awards and three Screen Actors Guild Awards.

Thirdly, she got a Grammy Award. Lastly, she earned a star on the Hollywood Walk of Fame. We can indeed say that she deserves every bit of the success she received in her lifetime.

Looks like we are about to get into her living relationship with her husband.  White had an appearance as a celebrity player on the daytime game show Password. The host of the show was Allen Ludden. Something brewed right after that. Ludden then was a widower having three children.  Furthermore, he proposed to the actress in 1963, and she accepted that. White says that he had gifted her  “this adorable fluffy white stuffed bunny. And in its ears were gold leaves with ruby, diamond and sapphire earrings.” We get this information from People magazine.

The secret to our marriage was enthusiasm.”  “When I knew Allen was coming home, I would freshen my makeup and put on a new blouse.” Indeed this is the advice every couple must take from her.

Ludden died of stomach cancer. He was 63 back then. They had been married 18 years. However, they had their ups and downs. But that is common in every relationship.

White was indeed strong after his death, but we can understand what she must have gone through.

Betty White has given comedy and television a whole new meaning. We hope that she rests in peace at her heavenly abode.

Also read: Is Stella Leaving Chicago Fire? The Real Truth Behind Her Absence