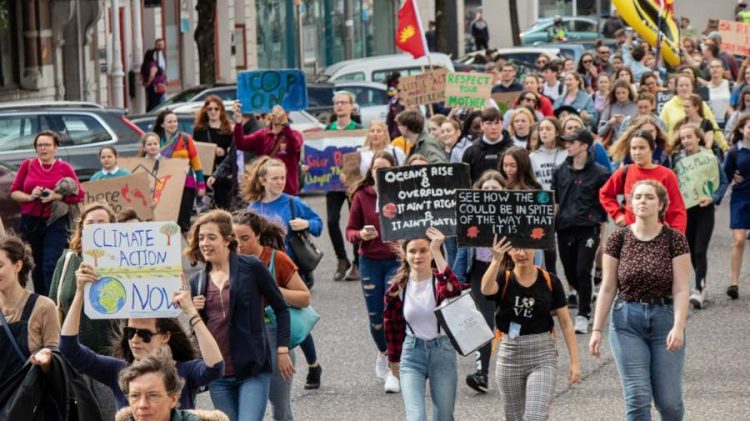 The documentaries are different genres than a conventional film or TV series. It shows real footage of the matters happening around the world for all the people to be aware of their surroundings. They talk about nature issues and lives about people and more. Many filmmakers have received recognition because of the topics they researched and filmed. There are many documentaries who speak about climate issues. We have gathered the ten excellent documentaries that will make you aware of climate change.

The meaning of this documentary is ‘life out of balance’. This is the language spoken by the old American Hopi tribe.  Furthermore, its moving images made more intense by the background sound made by Philip Glass. The film received critical praise from the critics. Now the film has a place in the National Film Registry.

It is a 2015 documentary made by Cyril Dion and Mélanie Laurent. The film is about scientists who get concerned about the future of the planet but the film does delve more on catastrophism. It also shows the challenges in the twenty-first century in governance, agriculture, economy, education and energy. The film received César Award for Best Documentary Film in 2016 and regarded as one of the best films about Climate change.

This is a documentary directed by Fisher Stevens and produced by Leonardo DiCaprio, James Packer, and Brett Ratner. It aired on National Geographic channel as they have committed to issues related to climate change. The film has Dicaprio visiting many places around the globe that got affected by global warming. Moreover, it also contains some archive footages. Some of the other personalities who appear in the film are Piers Sellers, Sunita Narain, Pope Francis, John Kerry and more.

4. Six degrees could change the world

This is a documentary film inspired by Six Degrees book by Mark Lynas. The film talks about climate change and how each degree affects the world. Watch this film and you will surely be more aware of climate change.

This is a 2009 documentary film created by Yann Arthus-Bertrand. It contains aerial shots of many places on the earth. Moreover, it depicts the diversity of life on the planet but how humans are disrupting the balance. The English version of the documentary got narrated by Glenn Close and the Spanish version by actress Salma Hayek. It took eighteen months to finish the film.

Also read: India Really Needs to Learn About the Innovative Environmental Policies and Measures Adopted by These Countries to Preserve its Climate

Earth is a 2007 documentary film about the different habitats and creatures on the planet. The director of the film is Alastair Fothergill. It also has a sequel titled Earth: One Amazing Day. We get to journey from the North Pole to South Pole having a glimpse of the creatures that live there. It mainly focuses on the animals like the polar bear, humpback whale and African Bush elephant. Climate change is affecting these creatures.

This documentary released in 2012 and showed the hard work of the nature photographer James Balog. The film created to spread awareness about climate change. The director of this film is Jeff Orlowski. There are scenes in the film of glacier calving that happened in Jakobshavn Glacier in Greenland. If this event keeps on happening, then the lives of the creatures on the planet is at stake.

This is a 2009 French documentary film directed by Jacques Perrin. It explores the creatures living beneath the vast ocean. Moreover, it also includes the footages of human activity that destroys such creatures. The film takes the audience on a detailed journey throughout the ocean.

9. An Inconvenient Sequel: Truth to Power

This is a 2017 film made by Bonni Cohen and Jon Shenk. This is about the former vice president Albert A. Gore Jr.’s mission to fight with climate change. It shows his efforts to make the Government leaders understand the seriousness of the issue and invest money in it. Then the film ends with the Paris Agreement of 2016 made because of his efforts.

10. The Age of Consequences

These are the ten documentaries you can watch to know about climate change. It is an honest account of the situation we are in. So do not miss to watch these films.

Also read: With This Swift Melting Speed Arctic Ocean Would be Ice-Free by 2040