What Happened to Marie-andrée Leclerc? 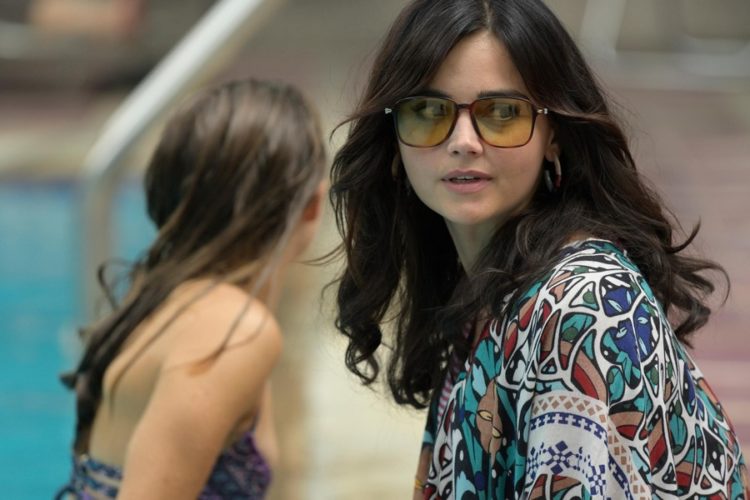 Marie-andrée leclerc is a well-known Canadian nurse who worked along with the French serial killer, fraudster and thief Charles Sobharaj. The relationship she had with him was disturbing in real life too because she turned a blind eye to the crimes of Sobharaj. The life of these real-life criminals was depicted in the eight-part series by actors Jenna Coleman and Tahar Rahim who portrayed the characters. The series showed the terrible manipulations of the serial killer Charles Sobharaj who got help for committing the crimes from Marie-Andrée. It shocked many viewers who became aware of the shocking events happening around them.

The real-life Sobharaj was later accused of committing crimes like stealing and murdering the backpackers on the popular Hippie trail in Asia. These murder cases were the most talked about events in the 1970s. Also, many people were shocked to hear that a woman was aiding him in his criminal activities. Here you can know all the details about Marie-andrée Leclerc.

Who was Marie-andrée Leclerc?

Marie-andrée Leclerc was born on Friday October 26, 1945. At the time of her death, her age was thirty-eight. She did her education in Quebec City, Quebec Province, Canada. Then she became a medical secretary in a clinic located in Levis, Quebec, Canada. She is a woman of French origin and not many details are available of her family background.

Leclerc had an on and off relationship with a doctor who was married when she was working as a medical secretary. Then for a change of air, she stayed for some time in Kashmir, India where she met Alain Gauthier. He introduced himself to her as a photojournalist from Paris working for Match Magazine. But in reality, he was Charles Sobharaj a serial killer. They both fell in love and did many unlawful activities together. He became a guide to Leclerc in India and later when asked a promise from Marie to return to Asia again.

After Marie returned to Levis she was in contact with Sobharaj through letters and calls. He often sent her love letters and in one of the letters asked her to marry him. He urged Marie to meet him in Bangkok. Then she left the man, with whom she had an affair and her work to meet Sobharaj in Thailand on June, 1975.

How did Lovers Turn to Killers?

Marie Leclerc was very much spellbound by the looks and charm and Charles Sobharaj that she did what he told her to do. She started to become an accomplice in his crimes. Charles stole money and passports from the tourists in Thailand by disguising themself as gem salesman or a drug dealer. Another scam that Charles did was by offering his help to people and cheating them out of their money and belongings. One such man who became a victim of Sobharaj was Dominique Renelleau. But he also became one of his clan members of Charles after Marie gave a potion to him that made him ill. He stayed with Charles, Marie and their clan for several months.

In the fall of 1975, Charles Sobharaj committed the first of his murders most of whom were his accomplices in his scam trade. His first victim was Teresa Knowlton who was found drowned in her bikini on the shores of the Gulf of Thailand on October 15, 1975. At first, her death was thought to be accidental but the autopsy reports proved that she was murdered.

Some of the other victims of Charles and Leclerc were a Turk man named Vitali Hakim who was found dead on the road to Pattaya Resort. This was the hotel where Leclerc and his followers were staying.

How were They Found Out by The Police?

Let's talk about Marie-Andrée Leclerc (all info from wiki):

She was a Canadian from Quebec, and met Charles Sobhraj on a trip to India in 1975 where she fell in love with him pic.twitter.com/FQ9IgoHthT

In July 1976 Marie, Charles and his gang members were caught by the Delhi Police after three French postgraduates who were part of the group reported them to the authorities. Then after getting captured by the Delhi Police, Marie was accused of aiding Charles in the murder of Jean-Luc Salomon and Avoni Jacob. But after the trial, she was acquitted of murdering Jean-Luc but was told to remain in prison as the other trials were pending.

Further, she supported Charles Sobharaj when he was accused of the murders. Later Marie was found to be guilty of drugging the murder victims and she was put in prison for twelve years. Then she appealed and was released and later she was allowed to go back to Canada.

How Did She Die?

In July 1998 when Marie-andrée Leclerc was in parole she was diagnosed with Ovarian Cancer. She was permitted to return to Canada but on the condition of reporting to the high commission of India in Ottawa once every three months. She also was required to return to India for her trials if her health permits. On April 20, 1984, she died due to the effects of cancer at Hotel Dieu Hospital in Levis.

In the fall of 198 she released a book titled Je Reviens where she revealed that she was also a victim of Charles Sobharaj and did not help him to commit the murders. She even claimed that she did not love Charles.

Marie-andrée leclerc led a very sad life because she was completely under the power of another person. Her story is still a mystery because it is not clear whether she helped Charles or whether she was the victim.

Also Read: What Happened to Terry Lee Flenory? Is He Dead or Alive?