What New Kids on The Block Members Are Currently Doing 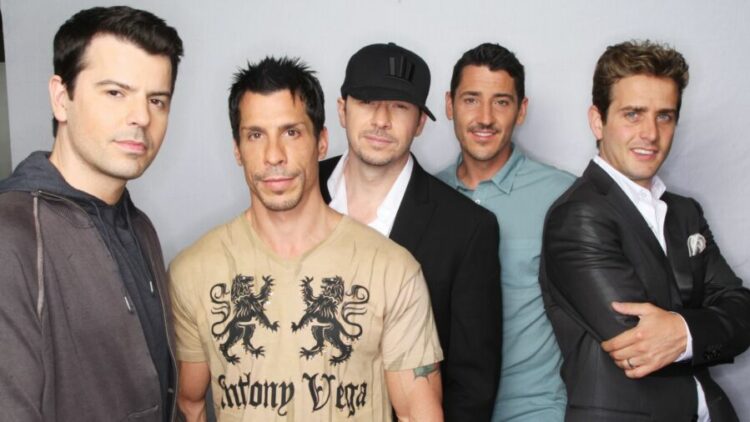 If you are the late 80s or 90s kid, you must have been a fan of the iconic boy band new kids on the block, right? Well, then you must be wondering what the New Kids On The Block Members are currently up to now. Today, in this article, we will share with you all those details. As you know, Donnie Wahlberg, Joey McIntyre, Danny Wood, and brothers Jonathan and Jordan Knight were the members of this band.

In fact, they still take pride in their roots even though each of them has gone their separate ways since dominating pop music decades ago. However, that does not mean they still don’t band together to offer musical performances to their fans. They had also planned a performance in the NKOTB Cruise before the 2020 pandemic. However, they had to reschedule it post-lockdown at Fenway Park in Boston in July 2021.

So would you like to explore more about the current position of this 90s iconic boy band, new kids on the block? Stay tuned to us until the end, as we will share some interesting aspects about them here.

Many of you who listened to new kids on the block’s songs must have been ardent fans of Donnie Wahlberg. So let us share with you what he is up to now. Wahlberg went from center stage in music to being an actor on one of the popular and longest-running TV shows, Blue Bloods. Here he plays the role of Detective Danny Reagan.

The show has been on air since 2010, and Wahlberg has played a vital role in every episode that has come up in that show. Even though this is a complete shift in his career, he finds a way to stay true to his roots. In an interview, he shared that he snuck New Kids on the Block song titles into every episode of the first season.

Moreover, outside his acting career, Wahlberg has a hand in the family restaurant business. He married actress and TV personality Jenny McCarthy outside Chicago on August 31, 2014. He is currently busy raising his three kids along with his wife, McCarthy.

Joey McIntyre Had a Debut as a Broadway Actor

Another of the Newkidsontheblock member who had a great start to his career after leaving the band is Joey McIntyre. He stuck to his musical roots by becoming a Broadway actor. In 2004, he took the stage as Fiyero in “Wicked.” However, that was not McIntyre’s only Broadway gig. It was in 2018 that he joined the cast of “Waitress.” Here he portrayed the role of Dr. Pomatter.

Joey is married to Barrett McIntyre, with whom he shares three children, Griffin Thomas, Rhys Edward, and Kira Katherine. His eldest son Griffin also followed in his father’s footsteps and stepped into the film industry. He joined a music-centered family comedy, Netflix’s “Country Comfort.” Joey also started his own podcast, “The Move With Joey McIntyre.” He currently acts on shows like “Boston Public,” “The McCarthys,” and others.

What Happened to Danny Wood After Leaving New Kids?

Like the other newkidsontheblock members, Danny Wood has chosen a different career path. He now spends a lot of his time producing new content for his channel, “The Wood Works.” In fact, the singer uses his platform to share food, fitness, and all-around fun content with his fans and followers.

Moreover, Wood shares everything from workouts to music and other interesting aspects of his life. He also uses this online space to share his favorite recipes, including delicious options like homemade pizza dough, turkey meatballs, etc. Danny has around 15,000 subscribers on his channel as of now.

Besides his YouTube channel and website, Wood regularly shares what he is cooking on Instagram. Since he is a single dad, he often cooks healthy and tasty recipes for his family. Apart from cooking, Danny spends a lot of time working out.

What is Jonathan Knight Doing Currently?

So just like his friends of the new kids on the block, Jonathan Knight focused his energy on home remodeling after leaving the band. He honed his skills while remodeling 200 houses over the past two decades. In fact, he also runs his show, “Farmhouse Fixer.”

“Restoring the American farmhouse is not just a hobby for me — it’s my passion, my obsession, and I’ve been doing it for more than 25 years,” Knight said in an interview. He also shared that older houses have always appealed more to newer structures.

Jonathan Knight has also publicly acknowledged his sexual orientation; he has proudly come out as gay. He met his partner Harley Rodriguez and plans to marry each other soon. They have already made things official between them.

What Jonathan Knight’s Brother Jordan Knight is Up to Currently

As you know, Jonathan Knight plans to settle down with his partner soon. On the other hand, his younger brother, Jordan Knight, has already said his vows. He and his wife, Evelyn, have two children, Eric and Dante. So to ensure that his kids have a happy and peaceful life, Jordan has filled the role of stay-at-home dad.

In a 2012 interview, Jordan said, “I’m a hockey dad. Actually, today, I’m basketball dad. I get up with the kids, get them dressed, and take them to school. All that good, fun stuff. That’s what life is about, the little moments.” So currently, both Jordan and his wife are enjoying their lives with their kids.

However, he is not taking care of his sons; Jordan Knight spends his time, energy, and money on restaurants. No, he does not eat out; he invests in them. In fact, he had also revealed in an interview that he wants to involve with the Italian restaurant Novara. He is a fan of that restaurant. So he wants to invest there as soon as possible.

Who Was The Most Popular New Kid on The Block?

This is one of the most common questions we get to hear from the fans of the new kids on the block. Let us share with you the details. Well, each of them was pretty popular, but the most popular one was Donnie Wahlberg.

He was one of the first ones to join the group. He helped find the other members and formed the band. Also, Jordan Knight’s unique falsetto is often cited as why fans love to hear him sing.

How Old Are The Band Members Now?

Many of you are probably eager to find out regarding the present ages of the newkidisontheblock members. Let us share with you the details. As you know, the band members performed at the AMA’s since 2010. They dominated the charts in the late 80s and early 90s.

The band members are Jonathan Knight, 52, Jordan Knight, 50, Joey McIntyre, 48, Donnie  Wahlberg, 52, and Danny Wood, 52. However, they broke up in 1994. Since then, they have reunited to perform again and release new music recently.

So as we conclude, we can say that the newkidsontheblock members are all happily settled in their own lives. Some of them have, in fact, chosen different career options other than singing. However, it is not that you won’t get to hear them again. As we earlier said, they had planned on performing on a cruise; however, the pandemic messed everything up. We hope we will be able to see them performing at some event anytime soon. If you are eager to know how they are living their lives now, you can read through this article.