Who are The Real Partners of Sweet Magnolias Cast? 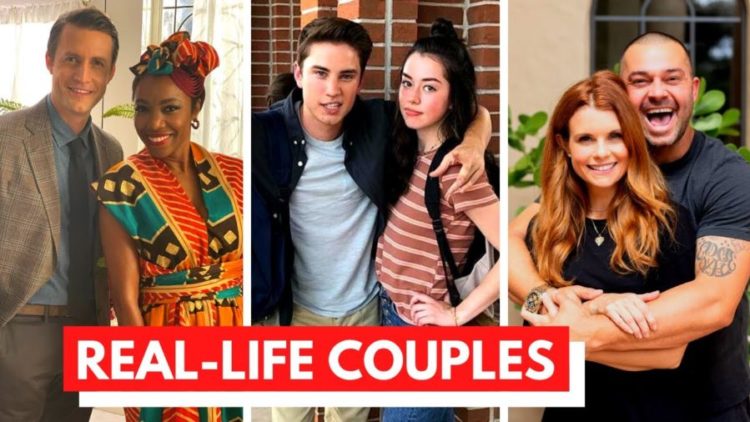 Those who love romance or romantic dramas would probably watch the Netflix hit series ‘Sweet Magnolias.’ The series has already completed one season, and now the second season is premiering in May 2022. The series is all about three best friends from the small town of Carolina, Maddie, Dane Sue, and Helen. JoAnna Garcia Swisher plays the role of Maddie, Brooke Elliott as Dana Sue, and Heather Headley as Helen.

This uplifting show started its second season just two months after the first season is over. The series is rich in love, romance, and other interesting things. In this article, let us discuss the real partners of Sweet Magnolias cast members.

JoAnna plays the role of Maddie in the series, and her husband is a retired baseball player, Nick Swisher. In 2010, the pair got engaged, and they got married the same year later. They arranged the wedding in Palm Beach and invited actors and athletes to the party. Some of then attended the wedding include,

The couple has two daughters named

Nick maintains a good bonding with his two daughters. Even JoAnna admitted that her husband is a great human being and takes care of her family members.

Heather Headley played the role of Helen Decatur on the Netflix series. She married Brian Musso and is the former Jets player in New York. Heather and Brian have known each other since their college time, and they are friends at that time. Later on, the couple started dating and married later. The couple has three children, one daughter and two sons.

Heather is famous for winning Tony Awards, and also she won Grammy awards for her singing skills. Her husband always gives her support and courage to work hard in her career. To move forward in her career, her husband is the reason for encouraging her.

Also read: 10 Useful Tips for Traveling with Your Spouse

Most fans know Justin as Cal Maddox on this Netflix series, and he gained popularity for acting in soap operas. Over the years, he became popular for acting in

While acting in soap operas, he met his wife, Alexa Havins, and married her. She acted alongside ‘All My Children’ with Justin. The interesting thing about the couple is that Justin proposed to Alexa on set, and it was during the scene. In such a scene, he needs to propose the character, Babe Carey. But his proposal is true to Alexa and not acting, and Alexa understood his love and thus married him later.

Chris Klein and His Wife Laina

The actor, Chris Klein, met Laina at a friend’s wedding, and the couple dated for three years and proposed to Laina Rose Thyfault in 2014. Chris and Laina worked as travel agents and got married in 2015 in Montana. They arranged their wedding party grand and attractive in Montana.

The couple was blessed with their first child, a boy baby named Fredrick Easton, in 2016. In 2018, the couple welcomed a baby girl, Isla Rose. They even shared the birth of their second child in an Instagram post.

Jamie Lynn Spears is the little sister of Britney Spears. Since her childhood days, she acted in the Nickelodeon show ‘Zoey 101’. But now, she is famous for playing Noreen Fitzgibbons’s role in Sweet Magnolias. She played a fiancé to Bill Townsend on the Netflix series, but she married a businessman, Jamie Watson, in real life.

The couple dated on and off for five years. The first meeting didn’t go well for the couple, but still, something worked out well between them. Thus, the couple tied the knot in 2014. Recently, the couple celebrated their seventh wedding anniversary and posted photos on Instagram.

Actor Dion is popular for doing the role of Helen Decatur in Sweet Magnolias. His love story is romantic, as he married a Canadian actress. In the Netflix series, his love interest is Erik Whitley, but he married the actress Lisa in real life. According to sources, the couple lives in Toronto, where Dion works in theatre.

Lisa appeared on the ‘Supernatural’ show and on ‘Shadowhunters.’ The couple saw each other while rehearsing for the ‘To Kill a Mockingbird’ play. It was not the first time the couple to see each other, as Lisa’s friends had already convinced her to meet Dion.

But Lisa avoided meeting him, as she is not interested in dating. But after a year, she met Dion in the rehearsal hall, as he looked tall and sexy to Lisa. At that time, Lisa fell in love with Dion, and thus, the couple dated and married later.

Brandon Quinn and His Wife, Rachel

Brandon Quinn is popular for appearing on shows such as

He is playing a romantic drama on the Netflix series, but in real life, he married Rachel. He has been married for more than 20 years, and most of his wife’s information is unknown. But, these days, people admire his acting skills on ‘Sweet Magnolias’ as ‘Ronnie Sullivan.’

Also read: George Farmer & His Wife Candace Owens are All Set To Welcome Their Second Child

Anne Twist: All You Need To Know About The Mother Of Harry Styles

The Last of Us season 2 release date, trailer and plot at HBO