Who is Alex Murdaugh and What is His Story? 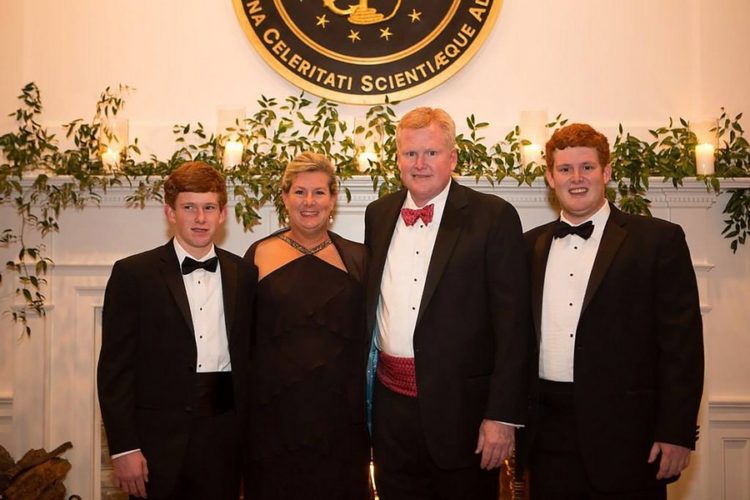 Alex Murdaugh came in the headlines after his son and wife were fatally shot in June 2021. In just three months he was also shot. This shocking turn of events was covered in the news. Murdaugh is an attorney and he and his family received national attention for the incident. During June the deaths of Margaret and Paul Murdaugh first received widespread coverage in the true-crime circles. On June 7 around 10 P.M Murdaugh called the police to report that his son and wife were shot outside their home in Colleton County. His son Paul was twenty-two years old and his wife Margaret was fifty-two years old at the time of their death. According to the Colleton County Sheriff’s office, the authorities arrived on the scene and found the victims with multiple gunshot wounds.

The police chief Mark Keel shared “I urge the public to be patient and let the investigation take its course”. He added, “This case is complex, and we will not rush this or any investigation. Investigative decisions we make throughout this case must withstand the scrutiny of the criminal justice process”. Here you can find all the details of Alex Murdaugh and his story.

Who is Alex Murdaugh?

Alex Murdaugh is a fifty-three-year-old attorney at civil law firm Peters, Murdaugh, Parker, Eltzroth & Detrick (PMPED). The firm was founded by his great-grandfather Randolph Murdaugh Sr. He is the fourth-generation lawyer at the firm. Then he resigned from PMPED on Sept. 3.

The Murdaugh family is known to be an influential family in the small South Carolina region. An unnamed source shared with a newspaper cover story that “You don’t cross the Murdaughs” and added, “They’ll come down on you, hard… They have a lot of influence and power, and they’ll use it against their enemies”.

Only a few of the locals wanted to talk with the reporters about the issue. But they did not share any names. CNN is trying to learn more about the history of the family and their influence. But many things are still a mystery. No one answered their phones when the reporters tried to reach the people who were associated with Murdaugh. They attempted to call “Parents, children, siblings, lawyers, friends, and pastors but no one was ready to talk. Even the strangers politely declined to speak.

For many generations, the Murdaughs are known to have controlled much of the legal bureaucracy in southern South Carolina. Many of the Murdaugh family members served as the state’s 14th Circuit Solicitor.

What happened to Alex Murdaugh and his family?

On September 4 Murdaugh was found shot dead on the head on the block of 15000 Salkehatchie Rd. The lawyer Jim Griffin was the first to confirm the news. He said that Murdaugh was on his way to Charleston when he suffered from the car accident. Then he was airlifted to the hospital in Savannah. One of the family members shared that Murdaugh was expected to survive the shooting. The statement said, “The Murdaugh family has suffered through more than any one family could ever imagine. We expect Alex to recover and ask for your privacy while he recovers”.

Another statement from Murdaugh came on September 6, 2021. He shared that he had a difficult time after the deaths of his wife and son. Murdaugh said, “I have made a lot of decisions that I truly regret. I’m resigning from my law firm and entering rehab after a long battle that has been exacerbated by these murders”. One day after the shooting reports there was news that Murdaugh was pushed out of the law firm. Because of that, he lost “millions in missing funds”. The legal dynasty announced that he is resigning from the law firm and is going to enter rehab.

Further, the Hampton firm leaders shared that Murdaugh was forced out of the firm. It happened because he was allegedly known to have misused funds belonging to the company. He had an estimated net worth of $ 1 million and was accused of stealing millions.

What happened to his wife and son?

The Murdaugh family first started to get attention after the death of Murdaughs wife and son. Alex was the one who called 911 as he saw them breathing. He begged the ambulance to come quickly. Although the weapons used to kill Maggie and Paul Murdaugh were not revealed by the SLED, some sources shared details about it.

The investigations show that Paul was shot many times with a shotgun and Maggie was shot with the AR-15 assault rifle. The names of the people accused of the crime are not known. One of Alex’s attorneys Jim Griffin has shared that Alex is considered a person of interest in the case.

Maggie Murdaugh is remembered by her friends as a fun, upbeat, and devoted mother. She and her husband Alex Murdaugh had two sons Buster and Paul. According to the people who knew her, she was a generous person. It seems Paul Murdaugh was facing some legal troubles of his own. Their deaths had shocked the neighbourhood and people who knew them.

Did Alex Murdaugh get arrested?

On September 16, 2021 Murdaugh was arrested because of an insurance fraud scheme. The court documents said that he was involved in arranging his shooting accident. So his surviving son can collect the life insurance payout. Then he faced charges of financial fraud and also a conspiracy to commit insurance fraud. He was accused of filing a false police report. On January 21, 2022, the South Carolina grand jury returned for four new indictments that were against Murdaugh. It included charges related to twenty-three additional crimes.

The latest indictment accused Murdaugh of stealing $2.2 million that belonged to Natasha Thomas, Hakeem Pinckney, Arthur Badger, and Deon Martin. On the whole, he has stolen $8.5 million.

Alex Murdaugh has revealed to the authorities that he had planned and conspired with a man to kill him. The police found the person and he is Curtis Edward Smith, a former client of Murdaugh. The investigations are still happening to uncover more clues about the Murdaugh family.

Alex Murdaugh is going through a lot of problems in his life right now. Still, the causes of death of his family members are unclear.