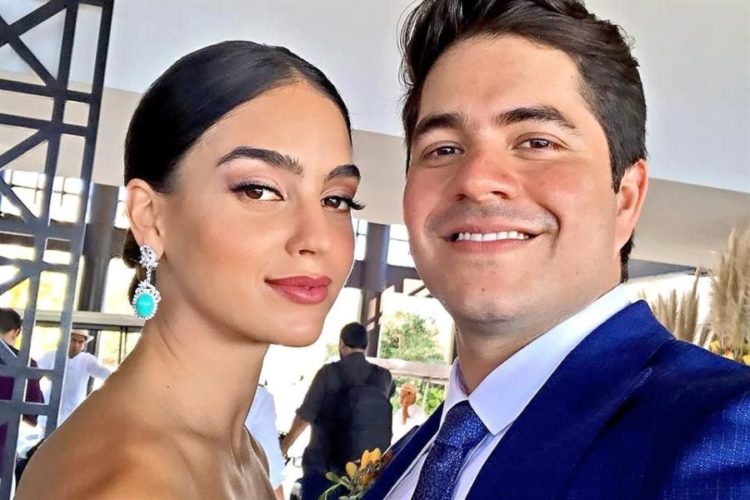 Melissa Barrera and Paco Zazueta are married for two years but it seems they have quite a love story. According to sources Barrera became popular as a free-spirited Lyn on the series Vida by getting the role of Vanessa in Lin-Manuel Miranda’s new film, “In the Heights”. Then she met her husband on a film set years ago. They fell for one another while filming the show called “La Academia” in 2011. Years later Barrera shared about her time on the reality show. She said that Zazueta encouraged her to stay in the competition. Here find out all the details about Melissa Barrera and her husband Paco Zazueta.

Early life and family of Melissa

Melissa Barrera is from Nuevo León, México. She was born on July 14 1990 to Rosana Maria Martinez Garcí and Tomás Gerardo Barrera Tames. Barrera grew up with her three sisters. She went to the American School Foundation of Monterrey where she discovered her passion for music. Then she took an interest in school’s theatre productions. After that Barrera enrolled in Tisch School of the Arts in a prestigious New York University.

In Vida, Barrera is portrayed as Lyn who is not a conservative character. On the other hand, Barrera was born and raised in Monterrey, Mexico. It is a religious and conservative area.

In 2012 she took part in two telenovelas, La mujer de Judas and La otra cara del alma. In 2014 she received her first starring role in telenovela, Siempre tuya Acapulco. She also acted in the telenovela TV Azteca, Tantor amor. She was cast in the role of Lyn on the drama series Vida in 2018.

In 2021, Barrera portrayed the role of Vanessa the love interest of narrator Usnavi in the musical, In the Heights. This film received widespread acclaim. Further, she is going to have several upcoming projects too. She got cast in the musical adaptation of the novella Carmen. In 2020 she was cast in the undisclosed role on the fifth Scream film. The film is going to release on January 14, 2022.

Barrera revealed that she thought about exiting the reality show “La Academia” early. She went on to say that Zazueta helped her to remain in the competition. He supported her to go after her musical dreams. They took turns encouraging each other. She said that when she left the show it was hard for her to sing. Many people made her think that she was not good enough.

Following her stint on the show “La Academia,” Barrera continued with her relationship with Zazueta. In 2017 Melissa said yes to Paco Zazueta when he proposed to her on the Empire state building. In February 2019 the couple solidified their relationship by marriage. They now have two dogs and three houses located in Mexico, New York, and Los Angeles.

On February 2 Barrera celebrated her 2nd anniversary and posted some pictures about it on Instagram. She captioned “2 down, forever to go, I love you, happy anniversary husband”. Zazueta also made a similar post on his Instagram page.

During the lockdown, Melissa Barrera learned to play guitar. In a short time, she was able to become a great player. She sings and plays well. Barrera also understands how hard it is for a Latina to get a break in the industry. So throughout her career, she wants to break stereotypes. She wants to make more opportunities for Latina professionals like her.

Apart from this, she has decided to be pickier with the roles she takes. In this way, she is going to contribute to the change. Barrera is also having the desire to produce content. She wants the Latinx community to get represented in a way they deserve.

Barrera also loves to make red carpet appearances. She loves to dress up and exhibit her style to the audience. It seems to her that she takes on a different character every time she dresses up. She lets her glam team take on the decisions. So it is like a game to her.

Paco Zazueta is a great singer. He is also a butcher who runs an online meat shop named Carnes Zazueta Culiacan. In the shop, he sells quality meat products. Further, he also owns his record production named Paco Zazueta. He is an acclaimed musician in Mexico and some of his beloved singles are Melissa, Solo Con Verte, Ya Te Perdi La Fe, and more. He has over 33.4k followers on his Instagram account. It shows that he has lots of love for his wife. He is currently thirty-four years old.

His birthplace and parents

Paco Zazueta was raised in Ciudad Obregon, Sonora, Mexico. The name of his mother is Francisca Munoz. She has an Instagram account but she keeps it private. His dad’s name is Javier Zazueta. He is close with his family. He has two sisters, the eldest sister is Marysol and the other sister’s name is Fernanda Zazueta.

The networth of Paco Zazueta is $1 million. He is making money through his career as a musician and a butcher.  He had a good interest in music from a young age. Besides he was particularly interested in the Mexican genre of music. In 2012 he started his own recording company with twelve songs, two unreleased songs, and ten pop songs. His songs are available on Spotify.

The networth of Melissa Barrera is US$ 2 million approx. While she was appearing in the shows she received US$ 17K-19k Per Episode. Both husband and wife are living luxurious life. Melissa Barrera is a great musician. She is in a good relationship with her husband Paco Zazueta.

You may also read: Why did Tana Mongeau Quit Reality House Season 3 in The First Episode?