Who was Linda Tripp and How Did Dhe Die? 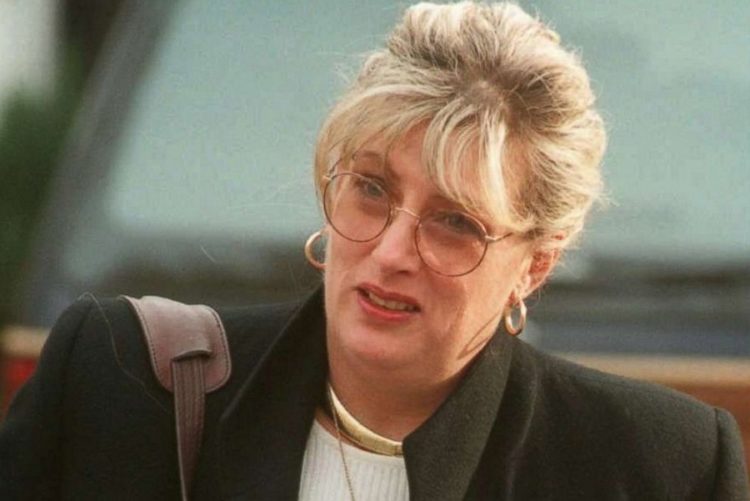 Have you heard about Linda Tripp? She is an American Civil servant. She played a major role in the Clinton-Lewinsky scandal in 1998. Plus, she is the one who secretly recorded Monica Lewinsky’s confidential phone calls when she had an affair with President Bill Clinton. This affair caused a sensation in the media and many talked about it. This issue also had links with the earlier Clinton v. Jones lawsuit as many intimate details about it were revealed. Tripp shared that she did it because her motive was purely patriotic. Also, she wanted to avoid the wiretape charge against her so she agreed to give the tape.

Later she was also fired from the Pentagon because of the issue. Then she died at the age of seventy on April 8, 2020. If you want to know all the details of the life led by Linda Tripp, you can find them here.

Where was Linda Tripp from?

Linda Tripp was from Jersey City, New Jersey and she was born on November 24, 1949. She was the daughter of Albert Carotenuto a high school maths and science teacher. Her mother’s name was Inge was a German woman. They divorced in 1968 after Albert had an affair with a fellow teacher.

Tripp graduated from Hanover Park High School in East Hanover, New Jersey. After that, she started to work as a secretary in Army Intelligence at Fort Meade, Maryland.

Who was her husband?

In 1971 Linda Tripp got married to Bruce Tripp who was a military officer. They had a son and a daughter. But her marriage ended in divorce in 1990. Later Tripp got married to German architect Dieter Rausch in 2004. They lived in Middleburg, Virginia where they started a German winter-themed holiday store and named it the Christmas Sleigh.

What was Linda Tripp’s involvement in the Clinton-Lewinsky scandal?

Linda Tripp was a close associate of Monica Lewinsky who was a former White House employee. They met when they were working in the Pentagon public affairs office. Tripp was twenty-four years older than Lewinsky and when they knew each other for a year and a half, the Clinton impeachment scandal was reaching a critical stage. They became close friends so Lewinsky started to share about her relationship with Clinton with Tripp.

During that time Lewinsky has revealed to Tripp that she had a physical relationship with Clinton. So with the advice of literary agent Lucianne Goldberg, Tripp started to secretly trace and record the phone calls between Lewinsky and Clinton.

Further, in 1997 it was reported on the news that Tripp has revealed that she saw Kathleen Willey coming out of the Oval Office with a “dishevelled” appearance. Her face was red and her lipstick was off. Later Willey accused the President of sexually assaulting her. But Clinton’s lawyer Robert S. Bennett shared that “Linda Tripp is not to be believed”.

In 1988 Linda Tripp gave the tapes she recorded to Independent Counsel Kenneth Starr and she desired immunity from prosecution. She also shared with Starr that she knows about the relationship between Lewinsky and Clinton. Also, she revealed that she was solicited to commit a crime by concealing the evidence in the Jones civil rights case.

To prove her point she informed Starr about the existence of the navy blue dress Lewinsky’s that has Clinton’s semen. Then based on Tripp’s case Starr got approval from Attorney General Janet Reno to investigate the Clinton-Lewinsky relationship. Because of that Clinton and Lewinsky had to appear before the court to answer the questions. Lewinsky’s last words to the court were “I hate Linda Tripp”. Clinton only appeared through closed-circuit television.

What happened to Linda Tripp?

How did Linda Tripp die?

Linda Tripp met Larry King on Larry King Live and gave an interview in 2003. She talked about her battle with breast cancer. She also discussed her successful invasion of privacy lawsuit against the federal government. But she said that she lost lots of money because of paying attorney’s fees. Her government career was also derailed. In 2018 she revealed that she was the victim of “a real high-tech lynching”.

Linda Tripp lost her life because of pancreatic cancer in April 2020. She was aged seventy at her death. After her death, her son in law Thomas Foley shared that she was a good grandmother. He said “I know all the press will focus on the other stuff but she was a special person and a fantastic grandparent who was devoted to her family. People forget this part.”

The life of Tripp was portrayed by John Goodman in Saturday night sketches. Tripp shared that she had mixed feelings about the portrayal and it hurt her. But she seemed to enjoy the other sketches. Further actress Sarah Paulson portrayed her in the television series Impeachment: American Crime Story which premiered on September 7, 2021, on FX.

What is covered in the Impeachment: American Crime Story series?

The series episode Impeachment covers all the details of Bill Clinton’s impeachment and his affairs with women. The viewers could also see the part played by Linda Tripp as she was the whistle-blower who brought Clinton’s affair with Monica Lewinsky to the world.

Lewinsky explains in the film that Clinton showers her with gifts, affection and compliments to get intimate with her. Then he ignores her for several weeks and does not return her calls. After that he comes back and again spends time with her. These actions of Clinton made Lewinsky feel deflated.

Linda Tripp is a woman who for most of her life had to bear the burden of the actions she did for good reasons. According to her she did what she could to save a young woman from getting ruined by a wrong decision in her life.