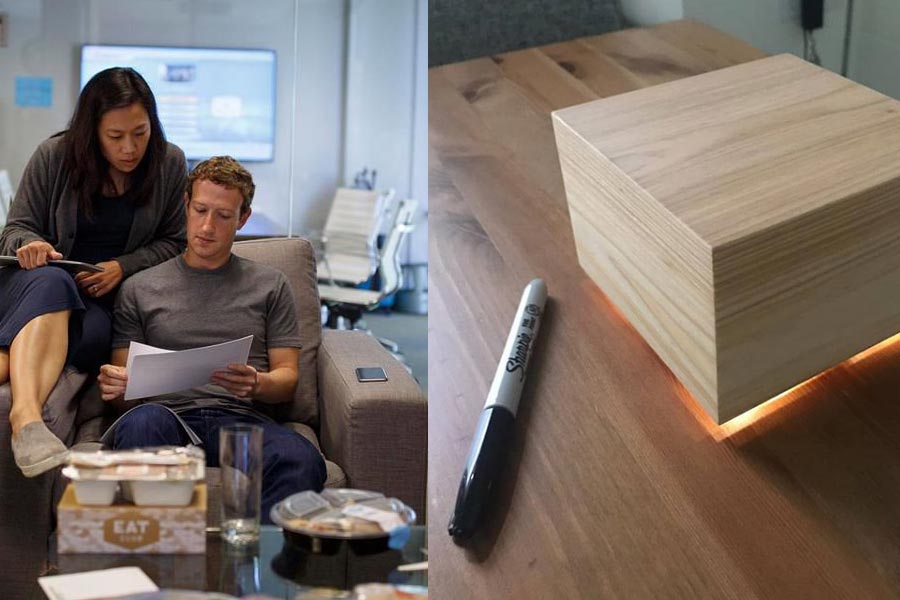 Facebook CEO and Founder, Mark Zuckerberg have surprised all of us with his unique innovation. He better knows how to take care of his family apart from managing his business well. Undoubtedly, he is beautifully playing the role of a husband as well as a father to her two daughters, Max and August.

Mark Zuckerberg has shared that he has made a “sleep box” to help his wife, Priscilla Chan as she could not sleep since so many nights due to managing her two daughters together.

The newly built wooden glowing box by the very talented engineer, Mark sits on her wife’s bedside table and emits a fragrant light between the hours of 6 a.m. and 7 a.m. according to him.

To share his wife’s agony, he posted on Facebook that, “Being a mom is hard, and since we’ve had kids Priscilla has had a hard time sleeping through the night. She will wake up and check the time on her phone to see if the kids might wake up soon, but then knowing the time stresses her out and she can’t fall back asleep,”.

Being a mom is hard, and since we’ve had kids Priscilla has had a hard time sleeping through the night. She’ll wake up and check the time on her phone to see if the kids might wake up soon, but then knowing the time stresses her out and she can’t fall back asleep. So I worked on building her what I call the “sleep box”. It sits on her nightstand, and between the hours of 6-7am it emits a very faint light — visible enough that if she sees it she’ll know it’s an okay time for one of us to get the kids, but faint enough that the light won’t wake her up if she’s still sleeping. And since it doesn’t show the time, if she wakes up in the middle of the night, she knows to just go back to sleep without having to worry about what time it is. So far this has worked better than I expected and she can now sleep through the night. As an engineer, building a device to help my partner sleep better is one of the best ways I can think of to express my love and gratitude. A bunch of my friends have told me they’d want something like this, so I’m putting this out there in case another entrepreneur wants to run with this and build sleep boxes for more people!

To help her out through this dilemma, he created this glowing box, the light of this box let her know if whether it’s time for her or Zuckerberg to get up without her having to know what time it is specifically.

The light from the box is visible enough to let her know that it’s an okay time for one of them to get before the kids woke up but faint enough that the light would not wake her up if she is sleeping.

The light doesn’t show the time, if she by mistaken wakes up in the middle of the night, she knows that she has to go back to sleep without having to worry about what time it is.

Mark says that so far this has worked for me much better than I had expected and now she can better sleep at night.

Seeing his outstanding innovation for her beloved wife Priscilla, Thrive Global founder Arianna Huffington, who is an advocate for the importance of sleep, responded to Zuckerberg’s post saying that, “Love this! It’s a great device that you have made for your wife Priscilla using which she could avoid looking at her phone,” Huffington wrote.

Well, she also took the golden opportunity to recommend his company’s product to the CEO. She told him about the charging station that discourages you from looking at your phone.

Zuckerberg commented on his innovation that this device is more like an expression of love towards his wife but it looks no less than a feasible business idea.

He expressed that being an engineer it was pretty easy for him to design the device for his wife and I think this is one of the best ways using which I can truly express my love and gratitude towards her.

In addition, he is also in discussion with some entrepreneurs to launch more sleep boxes so that they may also sleep well.