10 Most Expensive Schools in The World You Did Not Know 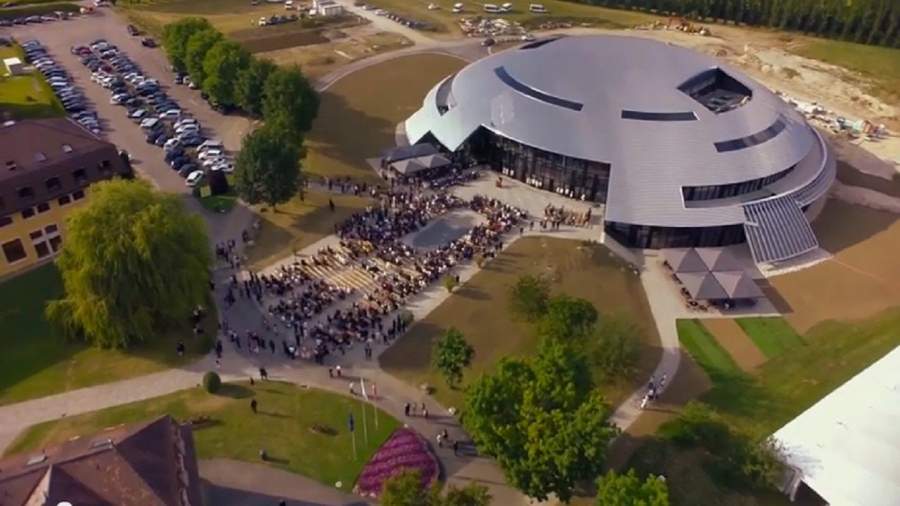 Have you ever wondered at what type of schools the elite kids study? There are some top schools in the world that offer everything from high tech classrooms to the massive playground. The schools also boast the view of majestic mountains surrounded by nature and private ski area. The annual fees of such schools are double the amount of the popular school in London Eton. It offers a safe and secure environment for students.

The schools cater to the needs of the children of celebrities, rockstars, politicians, entrepreneurs, and royalty. All kinds of academic and co-curricular activities are available in the school for developing the student’s skills.

If the students get interested in particular skills they are instantly supplied with all the equipment to nurture the skill. Want to know about the five most expensive schools in the world? Then read the information below.

The staffs, faculties, and students of the school move to the resort in-between January to March. The main motive of the school is to develop the student’s talents with the help of academic, sporting, and artistic arrangements. Wide ranges of sporting activities offered in the school other than studies such as Volleyball, football, sailing, rowing, swimming and lots more.

Only 10% of the student quota allowed for one country. The education offered is bilingual and bicultural. The annual boarding, as well as the overall fees of the school, is $133,000 USD with additional fees for extracurricular activities. This makes La Rosey the expensive school in the world.

This institute is also located in Switzerland and one of the oldest institutions in the country. The private school considered the best because of its many facilities. The boarders come from 260 countries and taught in small groups of classes. The plan is to offer personal attention to all the students.

Most of the students of the school belong to business backgrounds because they may need to look after the family business in the future. The founder of the Institut Auf dem Rosenberg is Ulrich Schmidt who founded it in 1889. The campus of the school is 100,000 square meters that consist of a private park.

The students reside in art-nouveau villas and grouped according to age and gender. The facilities, classrooms, and other surrounding areas looked after in an organised manner and the reputation befitting the institution. The students are also offered Waltz classes and sports training. Evidently, the fee for this private education is pricey too.

The Collège Alpin International Beau Soleil is one of the top private schools in the world. The location is Villars-sur-Ollon, Switzerland. This place offers complete boarding for the students who belong to sixty different countries. The Daily Telegraph called it “One of the most exclusive schools in the world”.

One section in the school is the French section and the other is the International section. There are many academic subjects offered in the school. The students have permission to visit the town on weekends or they can choose to go to some other place. Moreover, the schools arrange ski competitions and tasks to develop the skills of the students.

Collège Alpin Beau Soleil organises educational as well as recreational trips to many places in the world such as China, Chile, the United States of America, Tanzania, Morocco, New Zealand, and many more. Surely it will cost a great deal of money to get a seat in the school. Some of the alumni of this school are princes and popular sportspersons.

This is a private school located in the alpine village of Chesières, canton of Vaud, Switzerland.  In 1949 John C. Corlette founded the school. Some of the alumni of the school have become entrepreneurs, politicians, directors, and actors. There are over eight boarding houses in the school that serve as residence and dining for students.

The students need to take part in the sporting activities of the school such as camping, mountain biking, hiking, kayaking, rock climbing, skiing, and other outdoor sports. The school spends lots of money on keeping its infrastructure neat and organised. Only the kids of royals and wealthy persons can afford to study in the school as the fee is very high.

This is a co-educational school located in Vaud, Switzerland. The school allows students from sixty countries. The students are able to pursue an International Baccalaureate or high school diploma. The students take several trips all around the world which the school organizes. In school, there are over eight dormitories. The students grouped into age and gender.

The students also have recreation time in ski and snowboard resort. The area is a massive ground with lots of essential buildings. The facilities consist of a media centre, black box theatre, computer lab, art centre, horseback riding, hockey, tennis, swimming, and lots more. There are over seventy-two faculties in the school and in each class, there are twelve students.

Because of the many amenities and luxuries offered in the school, this also joins the list of expensive educational institutes in the world. The fee structure of the school is USD 88,000.00.

This is a private institution located in Clarens, Vaud, shores of Lake Geneva between Vevey and Montreux. This school built in 1927 and taught in both English and French languages. The body of students consists of 400 and they come from 500 nationalities. There is a boarding school also available. The campus is 45,000 square meters and it overlooks the beautiful Lake Geneva and Chablais Alps.

In the main building of the school, there are complex administrative buildings, an assembly hall, theatre, a library, a boarding section, and other essential rooms. The sports facilities in this glorious institution include basketball courts, tennis courts, and other fields for playing.

This is a Swiss boarding school for boys and girls from two to eighteen years. There are over 1900 students in the school who come from many countries around the world. The school founded by M. Francis Clivaz in 1920 for the wealthy expatriates and foreigners who required good education for their children.

The school consists of 100 acres of land situated near the Jura Mountains on the outskirts of Geneva. The school also offers boarding facilities to the students. There are also recreational areas for the students for their leisure activities. The students can go on the regattas sailing on the lake, Olympian gymnasium for sports, three tennis courts, a swimming pool, and an archery area.

There are fifteen villas that serve as boarding for the students. There is staff to look after the students. Some of the alumni of the school are Anna Ovcharova a Russian figure skater, Ethiopian prince Joel Dawit Makonnen, Fred Mouawad a business tycoon, and many more.

This international school started in 1882 and it is one of the ancient boarding schools in Switzerland. The school located in the centre part of Lausanne a five-minute walk to the city. There are around 150 students in the school from thirteen years to eighteen years. The students come from thirty-five nationalities. The students at this school exposed to excellent academic training.

There is also a rich cultural atmosphere in the school and also family-like surroundings. The students get trained to join some of the top-ranking universities in the world. Many tours are also planned in the school for the students to visit the neighboring countries.

The tuition fee of this school is 33,100 to 87,600. There are over thirty professional staff from ten nationalities. The borders of the school reside in the houses according to age and gender. There is an on-campus health service for twenty-four hours.

9. The American School in Switzerland (TASIS)

This school is also known as The American School In Switzerland which is a private school for the elite. This ranks as one of the best schools in Europe. The location of the place is in Montagnola, Lugano. There are over 700 students who enroll in the school. The school founded by M. Crist Fleming in 1956. The owners of the school are TASIS a non-profit organization.

The students of the school get encouragement to become learners as well as global citizens. The cultural heritages are important in the school that is why the students visit it. The students follow the program English-as-an-Additional-Language and also other advanced programs.

Many types of sports also offered such as basketball, swimming, tennis, volleyball, soccer, cross country, and many more. Some of the notable alumni of the school are Francys Arsentiev an American mountain climber, Darby Hinton American actor, Jack Savoretti an Italian-English singer, and many more. Because of all the facilities offered the school is expensive.

This is an international school situated in Aubonne, Switzerland. The student from ages two to twelve can study in the school. There are over 330 students in the school and forty teachers. This school started by Mont-sur-Rolle in 2008. It became part of the forty-six premium schools in the world because of its offerings of excellent education and facilities.

The academic program of the school designed on the English National Curriculum in the early and primary years. For the middle years, it is International Baccalaureate. There are also diploma programs for the secondary sections. The new first-class campus of the school contains a fully equipped design center. There are a new film area and a media suite for the students.

The school consists of four modern science labs and 250 seat theatre. For the students to practice sports there is a new outdoor area for playing. The students can also work out in the indoor 860-square-meter gym. This school is modern than the others and is expensive.

These are the top five schools in the world located in Switzerland and only the richest people in the world will be able to afford these elite schools. They offer some of the first-class facilities and top-notch training. That is why many wealthy parents rush in to get a seat in one of the schools for their kids.

Although the schools are the oldest in the world they are following the modern educational techniques that suit the requirements of the students. The motto of the schools is also brilliant. They work towards the development of the students’ talents and skills. YOu can get projects of writing essays for money. This is one of the important aspects of these elite schools.

You may also like: 5 Best Sites to Review and Rate Teachers and Professors