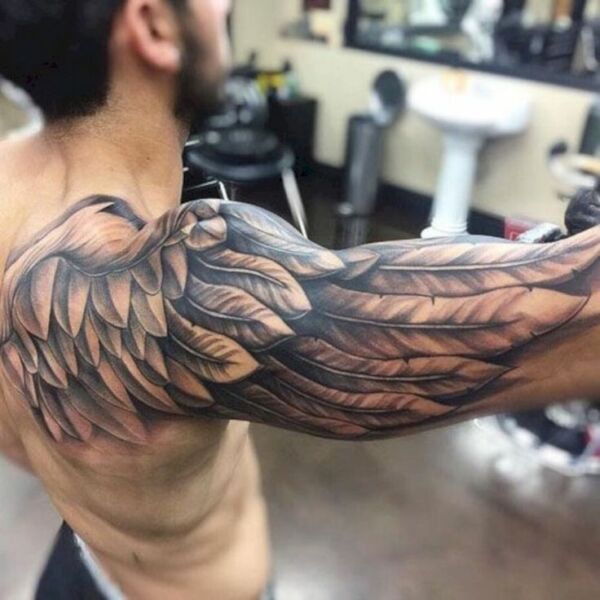 Tattoos have been there for thousands of years; it took quite a long duration of time before tattoos became mainstream in the modern world we are living in today. Initially, tattoo ideas for men were considered to be a sign of masculinity and were mostly associated with the criminal and thug world. However, with time tattoos became popular and were no longer left for the society’s outcasts. When choosing an idea for a tattoo, most people try to relate it to their personality and life story.

In the current world, different modern tattoo ideas for men have been popularized.

These tattoos convey strength, masculinity, endurance, and perseverance while pleasing aesthetically. Tribal tattoos have a puzzle as they emerge from cultures and only pass a message familiar to the tattoo owner.

These tattoos comprise lines or even shapes with specific meanings. These meanings might only be familiar to the tattoo owner. Having a tattoo that only conveys a message you understand in depth gives you a sense of uniqueness; with that, you will not regret your tattoo idea.

Traditional tattoos are aesthetically pleasing, especially for men. These types of tattoo ideas for men have meanings that can be fun and quirky. They can also have deep meanings, such as tattoos dedicated to family members.

If you want a traditional tattoo, it is a fashion you will wear on your sleeve; it is wise to take the time to come up with the best idea of where it will best suit you.

As the name suggests, this type of tattoo features real things known to human beings. Such things include the moon, butterflies, and timepieces, among others. Some real things that are common and realistic choices among men are fictional characters and female figures.

This type of tattoo requires a lot of skill from the tattoo artist. This is because it is a picture of a person who is special to your life, and a slight mistake from the artist or lack of skill can portray the wrong portrait, which will affect the whole tattoo’s meaning.

This is the tattoo you go for if you have a favorite animal or if you find the traits and features linked to a certain species of animal amusing to you.

These tattoo ideas for men bear metaphoric meanings, and many beginners and tattoo artists find them appealing. It is advisable to ink an arrow tattoo on the forearm since an arrow is thin, long, and angular in shape.

They are simple, and they are all about the words as well as the style. This style or words might be a name of a loved one or something memorable. The difference in lettering tattoos comes from the size and typeface used in different pieces. You must choose something that is appealing to you.

These tattoo ideas for men are associated with death since they are gloomy and sinister. However, skulls can be tattooed in different styles and levels of personalization. This difference makes them qualified as more than just a stereotype.

There are different forms of tattoos that can be considered tattooed, ranging from almost every human or animal species.

For many Christians, the cross signifies an important aspect of their faith: the sacrifice Jesus Christ made for salvation. However, the cross tattoo is not only associated with the Christian faith as it can be composed with other styles and symbols to bring different meanings.

Stars may bring different meanings associated with major life events and good fortune. A star tattoo may be the best if you make a major life-changing decision. However, star tattoos can also be a simple, timeless design with no major meaning.

Which Human Hair Wigs are in Trend Nowadays?