5 Celebrity Casino Stories Everyone Should Know 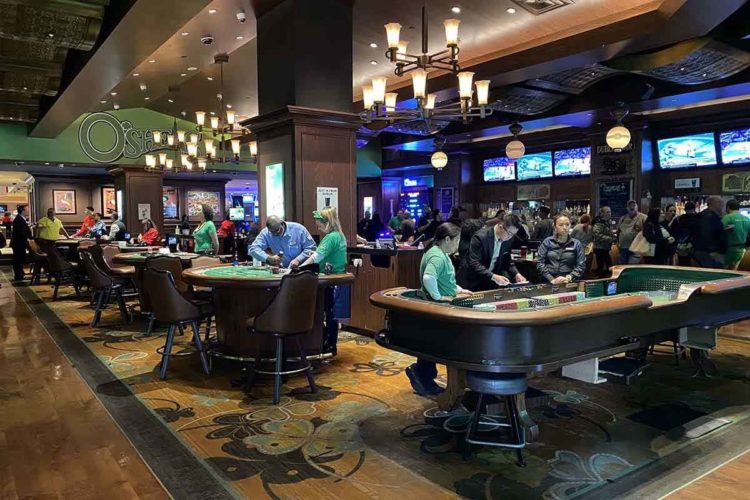 Celebrities love the casino, too. For a long time, people have idolized celebrities and followed the glamor of their lifestyles. This is no different when it comes to their love of gambling. Sometimes, we are guilty of thinking all celebrities are off living James Bond-inspired lifestyles, with loads of excitement (and gambling). We’ve seen celebrities on TV shows such as Who Wants to Be a Millionaire where they can win money, often for charity, but we don’t often get to see what happens within the casino.

Sometimes, celebs are just like us, but other times they really are out there living the high-roller lifestyle we might expect.

Below, we dive into five celebrity casino stories from casinos and gambling that everyone should know.

Ben Affleck is a household name. He’s an amazing actor and director, and even plays Batman. You can’t ask for much more from your career. Way back in 2004, he won a poker championship in California, netting a six-figure win and qualifying for a world tour, which he didn’t attend. He actually donated a lot of his winnings to charity.

There have been rumors about Ben Affleck card-counting in other casinos, but these aren’t confirmed. It might be a case of people just liking the myth and the story.

Most people in the US have not heard of her, but you will have to trust us when we say she is a big celebrity in the UK. She’s married to a famous comedian, and she presents TV shows, writes a column for a newspaper and is involved in the BBC, as well as being involved in comedy herself. However, she has a history in the casinos and used to be a professional.

Sean Connery was one of the first ever James Bond actors, and it fits perfectly that he boasts one of the very coolest stories in a casino out of any of the actors out there. Legend has it that in 1963, while he was on location and shooting a film, he went to a local casino, putting all his chips on the number 17 (his lucky number) and he won. He then is said to have bet on the single number (17) twice again, winning both times.

If you work it out, this turns out to be a 50,000 to 1 shot. This is such an unlikely thing to have happened, but it certainly couldn’t be cooler that it happened to James Bond.

We’ve seen that James Bond loves to gamble, and it is fitting that Danny Ocean loves it, too.

Clooney’s starring role in the Ocean’s films is said to have influenced him in following his love of casinos and creating his own. He isn’t the only partner, but he is involved with the Las Ramblas building complex, which has luxury hotels as well as casinos. He will surely be hoping that nobody gets the idea to carry out any Ocean-style heists.

There are loads of stories about Rafael Nadal, and the global tennis sensation is undoubtedly a lover of casino visits. He has visited Monte Carlo casinos with fellow tennis star Novak Djokovic, and has regularly been seen suiting up and gambling. You can even check out a video of the stars getting ready.

The king of the clay court has also been spotted with other huge sports stars, including ex-Brazil striker Ronaldo.

Texas Hold’em is said to be Nadal’s game of choice, and there are even rumors that once his tennis career is over, Rafa will try to reinvent himself as a poker player, but this remains to be seen, of course.

Celebrities like to gamble once in a while, too, and it’s great to see some of the biggest names let their hair down and frequent the casinos. In the world of celebrity culture, there are even casino investors such as George Clooney.

Some of the very coolest celebrity casino stories involve celebs that we idolize, but the absolute best may be the once-in-a-lifetime betting of Sean Connery, who was playing the character James Bond at the time of his win. You don’t get much more impressive than that.