8 Cute Little Things About The Twins You did Not Know 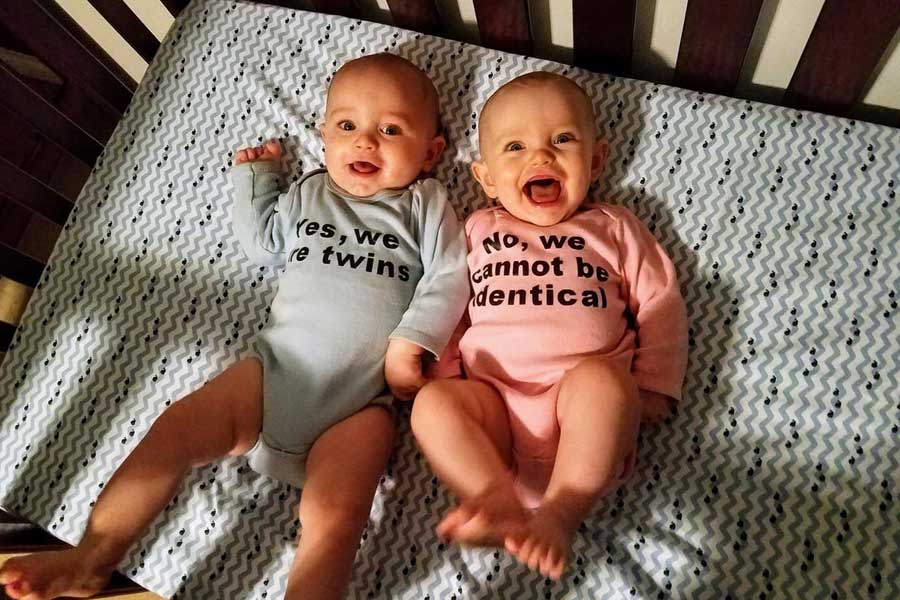 Twins are always the epitome of attraction. They are inseparable and are double of what a single munchkin is. Double the cuteness and double the naughtiness, twins and all about them the unique features has always attracted the attention of all even the filmmakers and here are certain antidotes about that will make you laugh and smile from cheeks to cheeks.

This is the cutest thing about a twin pair that they invent a twin language for them to communicate. The language may sound gibberish to you and make no sense but to them it makes sense and it’s a way for them to learn the language and understand the meaning of sound produced. This language fades away as they start with school.

2. They are mind readers

They can understand each other’s feeling and at times they share the brain and respond to a situation in the same way.

3. Different fingerprints for the same twins

The twins have different fingerprints. They do not have fingerprint and people believe so need to correct themselves. They have several other resemblances and share the same DNA but the fingerprints are unique for each of them.

4. It is easy to conceive twins by a twin inducing diet

If you desire to have twins then there is a special diet that can help you with this. As per researches, women who eat dairy foods have stronger chances to conceive twins.

The studies have revealed that there is a protein called IGF that is 13 times higher in ladies who consume dairy than in people with a vegan diet, this protein plays a significant role in the conception of twins. Also, obese women and women who breastfeed have stronger chances of Even having twins.

5. Identical twins are not completely identical

They come from the same egg and may seem to be a replica of each other but it is not so. Some twins are unidentical but even the ones who are completely identical have some differences that help others to tell them apart.

One sweet benefit of twins, they are not only precious gems of their mother’s life but also help their mom to live a longer life. This is fact based on research done on 59000 women from 1800 to 1970.

7. They increase the morning sickness for their mom

Every expecting mother goes through the series of morning sickness but for mothers with twins in the womb this trouble increases as the logic are the increase in hormone human chorionic gonadotropin (HCG) produced in the placenta and thus it is right to say twins are ‘double the trouble’.

8. They bond from the womb of their mother

The twins share a sweet bond right from the time they are conceived not when they actually interact with each other. When in the womb of their mother they stroke each other and are gentle towards each other and thus as they grow their bond also grows and they understand each other so well.

Best Methods To Try Out The Space Buns