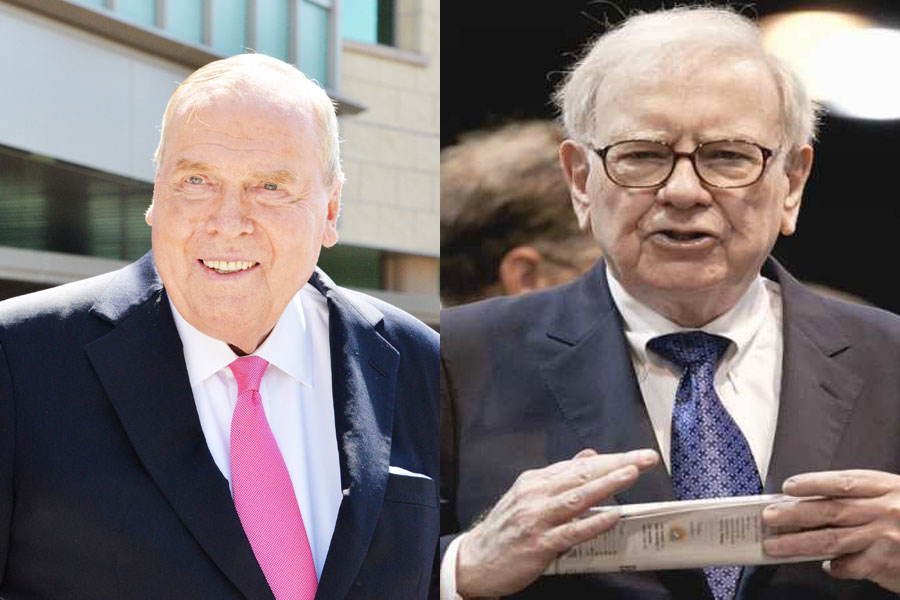 We all work hard to earn enough money to survive on this planet. We earn we spend and we feel content or maybe not. But some people out there have worked hard and smart and earned themselves both fame and money that they won’t be able to spend it all in this lifetime. These are the richest people happened to be on the Earth, their generous donations have given so many less fortunate people a ray of hope and happiness. They Have Money and a Big Heart Filled with Generosity.

Today, we are going to talk about how they earn so much money rather than what share of their money do they give out for charity. We have a list of the world’s most generous people who do charity more than we could do afford. They have money and they spend it on the welfare of fewer fortunate.

So, have a look at the name of these kind people.

Warren Buffett is the CEO of Berkshire Hathaway the company is a big name in the market. Buffet’s net worth is $61 billion and his lifetime donation is $21.5 billion. Buffett is a great example of generosity and humanity on earth.

Azim Premji is the chairman of IT company Wipro. His net worth is $15.9 Billion and is lifetime donation. Being is the first Indian man who signed in for Giving Pledge, Azim Premji believes in charity more than anyone. He believes in giving away half of his profit to charity and leads a very simple life. His foundation focuses on improving the quality of education.

He is the owner of Al Rajhi Bank. He founded the bank along with his two brothers. He also runs a foundation named Sulaiman Bin Abdul Aziz Al Rajhi Charitable Foundation that promotes and supports healthcare, religious and social causes and education in Saudi Arabia. His ner worth is $5.7 Billion and his total donation is about $590 million.

Gordon Moore is the co-founder of Intel. He retired in 2006 and ever since then he is been focussing on his foundation with his wife. His net worth is $27 Billion and he has given out $2.5 Billion in his lifetime.

He is a well-known name in the computer application world. He is the chairman and founder of Dell computers. His net worth is $18.9 billion and he has donated about $1.1 billion until now. Dell Foundation is focused on child education, arts and culture, social and human services and community development causes.

He is a true inspiration for all the other rich people. Chairman of Huntsman Corporation’s net worth is $940 million but he has donated around $1.2 billion in his lifetime. If we go by the generosity index, his generosity index would be 128%.

Founder of worlds most used social media, Facebook, Mark Zuckerberg also does charity. His net worth is eye-widening i.e $40.7 billion, he has donated about $1.2 billion until now. Zuckerberg focuses on the betterment of education and healthcare system. Most of the charity he made is either to hospitals or schools.

Chuck Feeney is also knowns as “James Bond of philanthropy”. He has missioned to donated his an entire fortune for good causes. Believe it or not his net worth is $1.5 million, whereas his net donation is $6.3 billion.

This is why we give him the title of the most generous person on the earth. His foundation supports education, healthcare, civil rights, science expanded to US, Bermuda, and Vietnam.

Benefits of A Psychic Reading by Phone

Christmas in London – What You Should See & Do