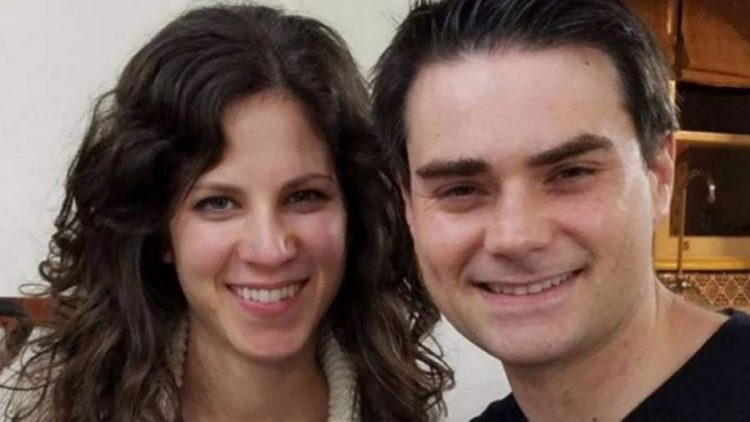 The life of Mor Shapiro, the wife of Ben Shapiro is not easy as she is the a celebrity spouse. Benjamin Shapiro is an American conservative political commentator. He is also a media host and an attorney. Moreover, he is an active columnist, radio talk show host, as well as author. Though he doesn’t share much about his private life, we know that her wife is a woman of remarkable qualities. Therefore, in this article, we will discuss some interesting facts about Ben Shapiro’s Wife Mor Shapiro.

However, that was a brief sketch of her bio. Now let’s head down to 8 interesting facts about her life, shall we?

1. Did you know she completed her high school in Israel?

Yes, you heard it right. Mor Shapiro secured her diploma from Sha’arei Mishpat College in Israel. Thereafter, she migrated to California. Then, she joined the University of California, Los Angeles to pursue a Bachelor of Science.

Yes, that’s right. While she was at UCLA, Mor Shapiro had conducted her research in developmental neuroscience research for two years. Moreover, this research was about using the MRI system to detect any effects on childhood brain development.

So now, she is currently working as a doctor. She’s focusing on women and behavioral health in general. Furthermore, she is a reputed physician who has worked at the dept of family medicine in California.

Dr. Mor Shapino has been an advocate of bioethics. Therefore, she founded the DGSOM UCLA symposium. As we can guess, it was a massive success. It has become an annual event.

3. Her marriage to Ben Shapiro in Israel

Very little is known about the lovebird’s romantic story, except that Ben’s Younger sister Abigail introduced him to Mor. Then, after a period of dating, they got married in a traditional Jewish ceremony in Acre, Israel.

In a blog post, Ben said, “I got married last week… I am 24 years old. My wife Mor Shapiro is 20”. He added, “Together we plan, with the help of God, on having healthy, happy, freedom-loving children who will grow up with the security provided by the armed guard.”

And did you know that now she has three beautiful children?

4. She has Morrocan roots

This may come as a surprise to many readers, but Mor has Moroccan roots. Many years ago, her parents immigrated from morocco. But Mor was born in Israel and moved to California when she was only twelve.

During her university days in California, she joined an Accapella group. She has a passion for singing, and mind you, she has a really angelic voice. However, she believes that she’s a bad singer. Mor also enjoys musicals, like Pippin and the Wicked. And did you know that she’s an avid fan of Game of Thrones?

6. She has never dated anyone who’s not a jew

Incredible right? We know that she’s a jew, moreover, she hasn’t shared a relationship with a non-Jewish person. It shows, therefore, how seriously she takes her religion.

Though that’s kind of a known fact, it’s still a fact, right? She has a net worth of around $1.2million. Since she’s not a public figure, she doesn’t disclose her actual wealth.

Despite being so famous, Mor Shapiro isn’t active on social media. Moreover, she doesn’t even like to come under the limelight. She likes to keep her family life private.

Thus, we may say that Ben is really proud of her wife. And we know for sure that he’s a lucky man to tie the knot with such a remarkable woman.

Also read: Who is Han Jisung Dating? The Truth About Han Jisung Relationship