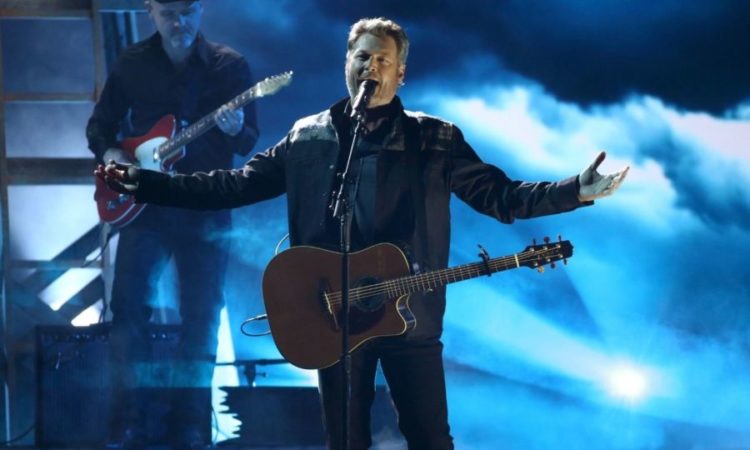 Blake Shelton is a very well well-known name in the world of music. He is one of the best and most popular voices in country music. He has been consistent in climbing high on the Billboard charts, with his back to back hit songs. Moreover, he is also popular as a part of the popular music show, The Voice. However, recently he has made the headlines for a slightly different reason. He played a significant part in the 38th annual NASCAR All-Star Race, on Sunday, May 22, 2022.

Texas Motor Speedway took to its website to officially announce that Blake Shelton will be performing live on stage at 5:30 p.m. The announcement further read that after the live concert, Blake will be joining Clint Bowyer on the MC. Blake Shelton also had the honor of being the Grand Marshal for the race. The world witnessed him uttering the famous phrase before the start of the race: “Drivers, start your engines.”

Read the article to know more about the event.

What The Plan Was

Fort Worth Culture Map expected Blake Shelton to perform for one hour before the race. Fort Worth Culture Map expected Blake to perform some of his all-time hit numbers, including 28th country radio chart-topper, ‘Happy Anywhere’. ‘Happy Anywhere’ originally featured his wife, Gwen Stefani. Blake is used to competitions, as an eight-time winning coach of The Voice. Thus, Rob Ramage believed that Blake will be a perfect choice as an entertainer and Grand Marshal.

The NASCAR All-Star Race has been a ‘marquee event’ of a weekend race. It featured all the three premier series of NASCAR. Therefore, following the announcement, the fans of NASCAR and of Blake were excited about the event. Some fans also took to Twitter and Instagram to express their excitement. In fact, Blake himself was excited about the event. He tweeted to let his fans know of the event. Follow the link below to see the tweet:

The Event of Blake Shelton

Blake Shelton started his concert with “Neon Time”. This song is from his 2021 album “Body Language.” However, during Sunday’s event, the NASCAR open race ran longer than expected. As a result, Sheldon’s performance was cut 20 minutes short of an hour. The drivers’ introduction started at 6:30 p.m. and the race was scheduled to start at 7:00 p.m.

However, much to the delight of his fans, Blake joined the drivers’ introduction happily. He seemed okay with the time. During the last song of his performance, he asked the audience to go back to their seats for the race. “Boys ‘Round Here” was the last song of his performance. Blake Shelton was joined by singer RaeLynn in this song. RaeLynn was there to perform the national anthem.

At one point in his performance, Blake invited the fans to sing along with him. He in fact filmed the entire moment as the fans joined voice with him. Later as the Grand Marshal Shelton Blake helped ignite the start of the race, at 7:15 pm,  with a very enthusiastic call: “Start your engines.” Check out the link below for a glimpse of that enthusiastic call by Blake:

Sunday’s event has been a great one. The NASCAR All-Star Race itself is a highly popular event. Thousands of fans cheer for the drivers. This time, Blake Shelton’s presence added to the event’s glamour. Blake was excited before the show. He was also a bit worried before the event. He was worried whether his concert would fit in the grand race.

However, during the event, the audience greeted Blake with loud cheers. Blake said that  it was a ‘real concert.’ Sunday’s event, therefore, was a grand one. Blake’s enthusiastic call as the Grand Marshal resonated throughout the track as drivers prepared for the race.

Also Read: Landon Dickerson And The Personal And Professional Dilemma