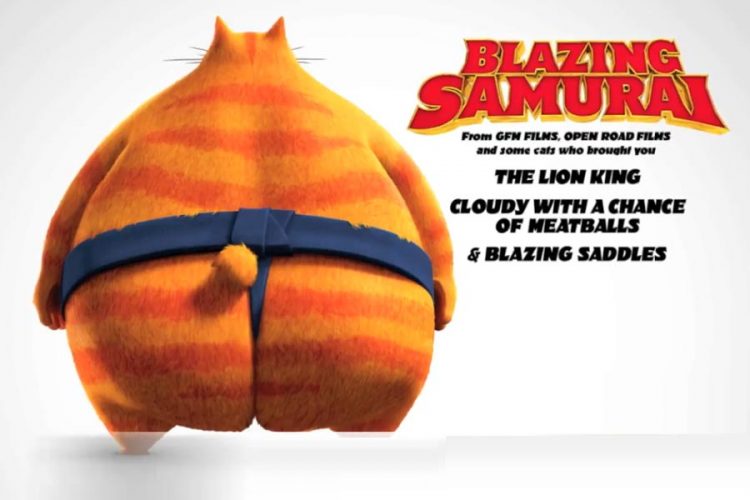 Blazing Samurai is an animated comedy film that is going to release in the future. The inspiration for this film is Mel Brook’s western comedy movie released in 1974 titled Blazing Saddles. There is going to be a lot of adventure in this film and surely a lot of comedy. Ed Stone and Nate Hopper are the writers for the film. You can find all the details of the film here. Also, know about the Blazing Samurai movie release date here.

After postponing the films to several dates finally a date is set. It is going to get released in 2021. So it may come on any date in 2021. The film actually got delayed because of COVID 19 pandemic and other production issues. So we are now not aware of the exact date.

The Plot of Blazing Samurai

Hank is a dog who is a dreamer. He aspires to become a samurai but then he finds himself in a place full of cats.  Here he encounters a villainous cat warlord called Ika Chu. Ika deviously asks Hank to be the samurai of the town of Kakamucho. In the town, Hank meets Jimbo who was once a great samurai. The cat without much interest accepts to train Hank. He teaches him all about being a samurai. This starts a real friendship between a dog and a cat. Then they two begin a wild adventure to save the city from the evil Ika Chu. In the process, Hank learns to become a true samurai.

From an inexperienced dog to a fearless dog, Hank turns into a great samurai in the end as he dreamed. He also becomes a loyal and true friend.

He is the one who teaches Hank the art of being a Hank. Through his newfound friendship with Hank, he once again becomes active.

He is a devious cat who tries to manipulate Hank.

He is a young kitten who supports Hank. She is also a warrior in training.

He is a kind giant. He learns many good things from Hank.

He is a good leader but sometimes misguided in his ways.

The making of the film

After many lags, the film is still in production. The creators claim that the positive mindset of the people working on the film is what made it real. Many new people have joined the project to make it more effective. There are also plans to create a spin-off video game for the film. So we are anxiously waiting for the film’s release even though we have to wait till next year. The relationship between the dog and the cat is the main plot of the film. How they learn to trust each other will make the film interesting. There are also a lot of comedy elements in the film for the audience to have a good laugh.

Blazing Samurai will be an amazing film. The scrappy dog Hank is going to be everyone’s favourite character. So stay tuned for it.