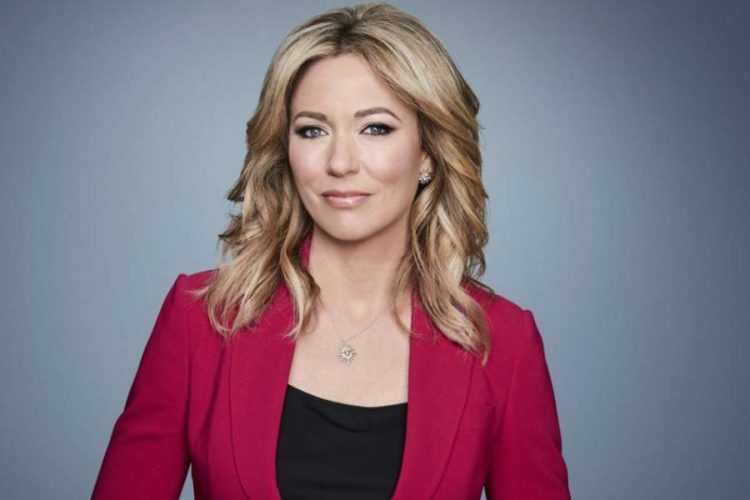 Brooke Baldwin is a well-known American journalist and television host. She is working at the CNN since 2008 and recently shared about her departure from the network. She hosted the show CNN Newsroom with Brooke Baldwin that aired from 3 pm to 4 pm ET on weekdays. Her age is forty-one. Many sources have praised her because she has given a surprising boost to CNN. She has covered a lot of important news in her career. Moreover, she also got diagnosed with Covid 19 pandemic in April 2020 after her colleague Chris Cuomo got diagnosed. Then she recovered and returned to work on April 27, 2020. Brooke Baldwin is one of the top anchors of CNN. She has come across sexism in her career therefore many consider her a bold lady.

Brooke Baldwin’s birthplace is Atlanta, Georgia and her birth date is July 12, 1979. For her education, she attended The Westminster School which is a private college-preparatory school. Then in 2001, she graduated with bachelor’s degree in Spanish. After that, she studied journalism at Hussman School of Journalism and Media. Furthermore, she also studied abroad at Universidad Iberoamericana in Mexico City.

Baldwin started her work in 2001 in the WVIR-TV in Charlottesville, Virginia. Then she became the morning anchor of Huntington and Charleston, West Virginia area. Later she joined WTTG in Washington, D.C.

In 2008 Baldwin started to work for CNN. She anchored CNN Newsroom with Brooke Baldwin from 2014. Her documentary titled To Catch a Serial Killer received the Silver World Medal for Best Investigative Report. Also, she received a nomination for Emmy for her coverage of New York City chokehold death protests. Then she covered the second inauguration of President Obama in 2013 from Washington, D.C.

In 2016 she reported live in Orlando, Florida. She covered the stories of the victims and survivors of Orlando nightclub shooting. In 2017 she performed the coverage of President Trump’s inauguration. On February 16, 2021, Brooke Baldwin on CNN shared that she will be leaving the network in the middle of April. In 2017 she was part of the CNN series American Woman which featured successful women like Sheryl Crow, Betty White, Ava DuVernay, Issa Rae, Ashley Graham, Tracy Reese, and more. One of the most infamous incidents in her career happened when she interviewed Clay Travis. He was discussing free speech with her when he used an inappropriate phrase. But Baldwin cut shot the interview after that.

Brooke Baldwin husband is English producer James Fletcher. They got engaged in 2017 and got married in 2018. Her husband is also a famous writer. They both met at a party in 2015 where Baldwin saw him holding a champagne bottle in hand. She got instantly attracted to him. But the couple like to keep their life private. They have a son and live in NYC.

The network of Brooke Baldwin

As Brooke Baldwin is one of the popular anchors on CNN she has made a lot of money in her career. All these years Brooke Baldwin salary was $4 million. According to the sources Brooke Baldwin net worth is $10 million. Her husband Fletcher also earns a handsome amount of money through his writing and production career. She was quite emotional when she stated that she will be leaving CNN this year. Many of her fans become sad after they heard the news.