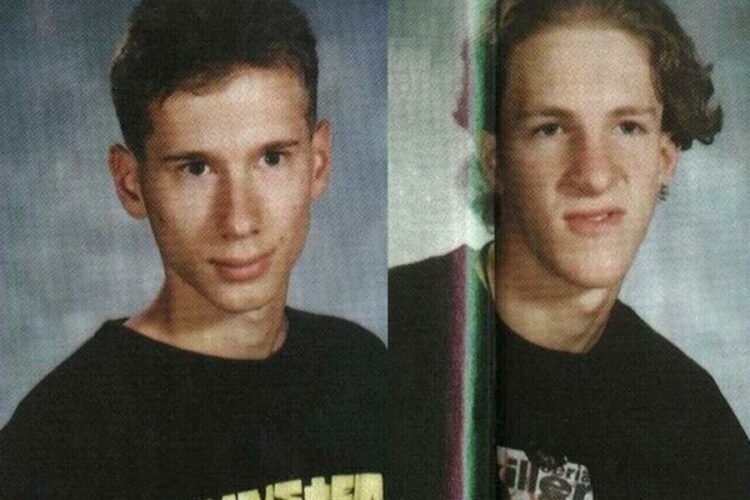 On April 20, 1999, two teenagers, Eric Harris and Dylan Klebold, began firing at Columbine High School in Littleton, Colorado, killing 13 people and injuring more than 20 others. They then turned their weapons on themselves and committed suicide. This incident is known as the Columbine shooting.

The Columbine shooting, which at the time was the worst high school shooting in American history, did a national discussion on gun control and school safety. Plus, a significant inquiry to learn what drove the shooters, Dylan Klebold, 17, and Eric Harris, 18, to commit the crime. The massacres at Marjory Stoneman Douglas High School in Parkland, Florida, and Sandy Hook Elementary School in Newtown, Connecticut, respectively, raised concerns about gun regulation in the US.

Eric Harris and Dylan Klebold, who were wearing trench coats, started shooting students outside Columbine High School, located in a suburb south of Denver, at around 11:19 a.m. The two went inside the school and shot numerous victims in the library.

By 11:35 a.m., Eric Harris and Dylan Klebold killed 12 students and a teacher and injured over 20 more. The two teenagers shot themselves in the head just after 12 o’clock.

Investigators eventually discovered Harris and Klebold arrived at Columbine in different cars at around 11:10 on the morning of the shooting. The two then entered the school cafeteria, where they put up two duffel bags—one with a 20-pound propane bomb that timed to explode at 11:17 a.m.

The teenagers then returned to the outside and waited in their vehicles for the bombs to explode. Harris and Klebold started their shooting rampage after the bombs failed to go off.

Victims of The Columbine Shooting

Eric Harris and Dylan Klebold deliberately targeted Christians, minorities, and athletes as their victims in the days immediately following the shootings.

At first, one of the gunmen questioned a teenager named Cassie Bernall about her religious beliefs. Bernall is claimed to have been shot dead after responding “Yes”. “She Said Yes”, a book that her parents later authored in tribute to their daughter.

Later, investigators discovered that Bernall was not the target. Rather, it was directed at a different student who had previously sustained gunshot wounds. The shooter left when the victim said “Yes.”

Later investigations revealed that Harris and Klebold randomly selected their victims. And that the two teenagers’ original plan was to blow up their school, potentially killing hundreds of people.

Violent music and video games are later said to influence the killers. But none of these hypotheses ever got any confirmation.

Investigators then learned that Eric Harris and Dylan Klebold – plotting to blow up the school for a year in a similar manner to the 1995 Oklahoma City bombing through journals they left behind.

Investigative journalist the author of the 2009 book Columbine, Dave Cullen, interpreted Harris as “the callously vicious mastermind”. While Klebold was a “quivering depressive who journaled about love and attended the Columbine prom 3 days before opening fire.”

Columbine Massacre Aftermath: On a Wrap

Many schools across America implemented “zero-tolerance” policies involving disruptive behavior and violence threats from students in the wake of the shootings. Although Columbine High School reopened in the fall of 1999, the massacre still haunts the Littleton community.

The day before the killings, Mark Manes sold Harris a gun and helped him purchase 100 rounds of ammunition. Moreover, he got a six-year prison term. Another individual, Philip Duran, who met Harris and Klebold and introduced them to Manes, also received a prison term.

A few slain or injured victims and the families of those individuals filed lawsuits against the school and the police. The court later dismissed the majority of these cases.

In the United States, 45,000 people get injured by guns every year. And disagreements over how to interpret the Second Amendment are contentious issues!