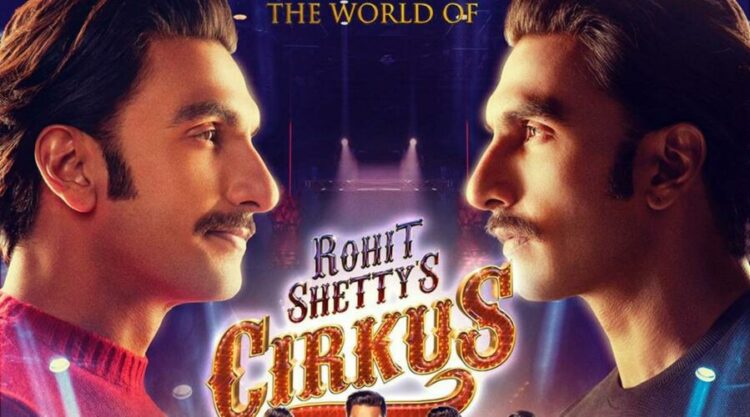 The much anticipated comedy-of-errors film directed by Rohit Shetty, Cirkus, now has a trailer, which was published on Thursday. The comedy starring Ranveer Singh is a wild ride because of the actor’s dual performances. The trailer features several bizarre situations and slapstick humour, like most Rohit Shetty movies. The most interesting thing about this game, though, is Cirkus’ connection to the Golmaal books. Rohit’s first foray into comedy filmmaking was with Golmaal (2006) and its sequels. All of the films in this series include Ajay Devgn, Arshad Warsi, and Tushar Kapoor in pivotal roles. Through Golmaal Again, viewers have seen a glimpse of what a Golmaal world may be like (2017).

Deepika Padukone does a cameo dance at the conclusion of the trailer for mistaken identity, and then there’s a quick three-second shot of the Jamnadas Orphanage. Since the Cirkus filmmaker is busy creating his own cop universe, including the films Simmba and Sooryavanshi and the TV show Indian Police Force, it seems unlikely that the franchise would be revived. Many people speculate that Rohit Shetty, the man behind the Golmaal and Cirkus franchises, is working on his own universe of comedy. Ranveer plays Sangram Bhalerao, commonly known as Simmba, in the 2018 action-thriller, and he will soon be appearing in Cirkus.

It’s possible that there are other universes because of the dance routine Deepika does in Cirkus when she’s depicted as her Chennai Express avatar. Since Cirkus is set in the 1960s and the viewers anticipate a thrilling roller coaster journey in the Ranveer-led comedy adventure, some surprise cameos may appear. Fans and the media seem to be quite interested in the possibility of Ranveer playing the title role in Brahmastra: Part 2 – Dev. The film, directed by Ayan Mukerji, also features Deepika in the female protagonist’s character.

Moreover, Ranveer Singh and Rohit Shetty have collaborated on three occasions. Their first collaboration was in the 2018 film Simmba. They also worked together on Sooryavanshi, in which Ranveer played a significant role. Akshay Kumar and Katrina Kaif played the main characters in the film. Rohit Shetty, Bhushan Kumar, and Reliance Entertainment produced the film.

In addition to Pooja Hegde and Jacqueline Fernandez. The film also has significant roles from Varun Sharma, Johnny Lever, and Sanjay Mishra. The film will premiere in theatres on December 23, 2022.