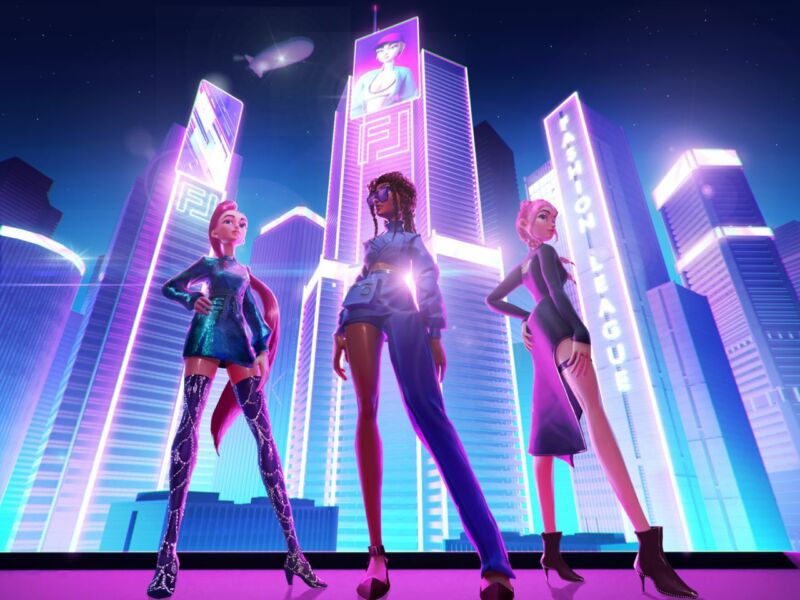 Fashion League is the first play-to-earn Web3 game that resembles a mobile fashion business. This game brings gamers, crypto fans, and businesses together to design, construct, manage their stores, and create spectacular costumes. You will have the opportunity to exhibit your creativity during the adventure by developing and displaying your self-styled clothing. Not only that, but you may also win rewards and further your career as a fashion designer by doing so.

Women account for over half of all gamers globally. It is still difficult to locate female-focused platforms, particularly Web3 games. Furthermore, they are more likely to play games on smartphones and tablets. But female players spend more money on games than male gamers. Meanwhile, Fashion League is a game with large mass-market potential since it sits at a highly unusual crossroads of fashion, female empowerment, gaming, and Web3. It can thus connect and create communities for businesses in all four sectors.

Aside from aiming for pleasure, the game first and foremost aims to establish the most sustainable and greatest fashion gaming environment that draws NFT holders, players, and producers alike to enhance variety in the NFT market. It opens up new economic prospects for crypto fans and newcomers while nurturing the next generation of innovators. Fashion League offers several aspects that elevate it above the level of a game, ushering in a new era of fashion gaming.

The Main Features Of Fashion League

Players may acquire blueprints, manufacture clothing, sell to walk-in customers, obtain resources, develop their business, improve furnishings, and invest in merchants. You may earn prizes via making, selling, sending models on missions, and competing in design competitions. As a result, the more active you are in the game, the more awards you will receive.

Fashion League is more than simply a game; it creates a fashion metaverse in which manufacturers may exhibit their items, enhance their product-market fit using real-time information, and cooperate with players and the community. These will also provide a brand’s digital assets and make them tradeable by bridging the gap between digital and physical items.

How to Begin with Fashion League?

With the emergence of Web3 platforms, many P2E platforms now present themselves as legitimate means for members of a growing economy to earn real money while playing their game. However, they frequently need users to acquire one or more pricey NFTs, which limits many people’s ability to get started. Fashion League is a free-to-play game that requires no real money to play.

For first-time users, both NFT and non-NFT holders will go to the character creation menu, where they will construct their first non-NFT playable character, also known as the store owner. There are two store proprietors: average shop owners and NFT shopowners. Each player will have at least one regular store owner. You can act or exhibit a store you wish to manage if you own NFT shopowners. You can only play as one store owner at a time, whether they are ordinary or NFT.

In the character creation menu, you can customize and select a facial shape such as square, round, or diamond; facial features such as eyes, eye color, or brows; hairstyles such as facial hair; a preferred body type; the character complexion; and an outfit from a small collection of preset starter outfits. Then, give your character a name. After completing character creation, they will direct you through a series of introductory missions that will gradually teach the user the game basics.

Fashion League targets a largely female audience interested in casual simulation games because it is female-centered and has shop owner, fashion, and design-themed themes. You will first get to create your clothing’ “blueprints” in the Tailor’s Hub, an in-game tool that allows players to design every aspect of their outfits and then transform them into “blueprints.”

Gamers may use “blueprints” to create in-game materials. You may sell crafted clothing to other players for gold and experience. There are fashion events or competitions. To participate in these events and contests, you must hire models, outfit them in your developed garments or other clothing from your store, and send them to Fashion Events. These events will net you various prizes, including in-game cash, resources, and other awards.

In addition to owning a shop, you will need to show their items, whether they are your design or purchased from the store, organize, grow, and decorate your shop by adding furniture and decorations to enhance prestige level and attract more customers. Otherwise, depending on the pet chosen, adopting pets will assist you in moving through the game in various ways.

The game also includes social play components, such as visiting and shopping at your friends’ or other players’ businesses. Joining a Fashion House will give you an edge in the game since members can volunteer to aid each other when required and have other special privileges.

There are almost entirely males running the new metaverse to this day. Most CEOs of successful platforms like Decentraland or Sandbox are men. Only 5% of the world’s largest crypto enterprises, such as World of Women, BFF, or Boss Beauties, are run by women, while only 4% of NFT collectors are female. There is plenty of space.

Not only that, but Fashion League may appeal to a male audience and crypto players due to its P2E aspects. Fashion League is also unusual because it is fashion-themed, as there are currently no RPG fashion shop simulation games on the blockchain. Furthermore, most P2E games emphasize the P2E components, but Fashion League can be played and enjoyed without the crypto component. As previously stated, you can play without first purchasing an NFT.

Fashion League is a fun and innovative game that provides several options for companies and fashion communities to put digital assets to use. Fashion League allows you to make money from your passion for fashion.

Also read: How to Improve Your Online Poker Skills