Having an Android Phone? Microsoft Made the Windows 10 Your New Best Friend 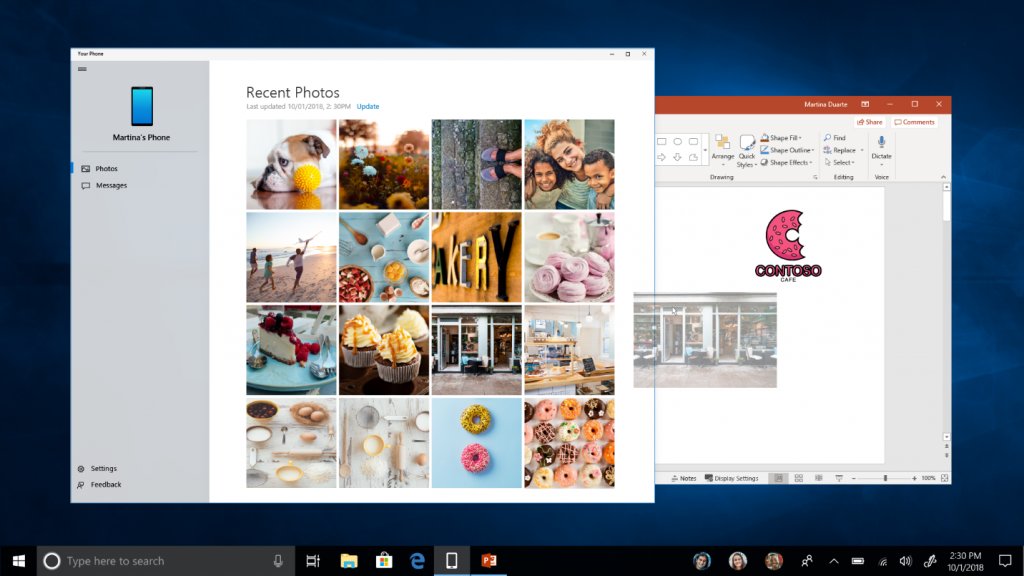 Microsoft launched its new and updated versions of Surface laptops and devices on 2nd October 2018 and before updating remember backup your data using Wireless Hard Drive so you can take your data any place. Along with launching these new laptops and computer systems, Microsoft introduced the audiences with a new and important update in Windows 10 which is going to be very useful for Android Users.

So what is this new app you might be wondering right?

In this new update or the October 2018 update for Windows 10, Microsoft has added new application software.

This application software is named “Your Phone” and is available on Windows 10 updated version.

The “Your Phone” app lets the Android users connect, if using the right word then syncs their Android devices to their PCs (having Windows 10).

This app lets the users send and receive emails, texts, chats, photos, videos, doc files and etc. from your Android devices directly in your PC.

And this whole thing works over Wi-Fi, so you do not need to plug your Android phone to your PC.

Also, to use this application software, one should have to install the “Your Phone Companion” app from the Google Play Store in the android phones too.

There are millions of users in this world who use Android Phones and Windows 10 Laptops and PCs.

And this update can help the users to do several things efficiently which they were not able to do or was time-consuming.

You can do lots of stuff by using this new app.

By using this app you can share images, docs, videos, sending text messages through PC, making a backup, or filling some online forms and etc.

Now the users do not need to dig in the phones for texting, chatting or sending emails while working on PC. They can easily do all these work through their Laptops and PCs.

The app lets you continue the work on your Android phone that you left incomplete on your PC with the help of some other Microsoft apps too.

It also helps you pick up where you left off by telling you the last app you used on your Android phone.

All these features can help an Android and Windows 10 user to conserve its time by easily accessing its Android device on its Laptop’s screen.

Another thing you can do to make all the things easier is to use Microsoft Dynamics 365 as well as social CRM.

The requirement of an android phone to use this feature on a computer.

Besides all such exalted features, there is a little disadvantage too and it is that the “Your Phone Companion” app can be installed in the Android 7.0 and above version devices only.

So as to use this feature, you need to have an Android 7.0 or above Smartphone.

Well, Microsoft has also given a clue in the event that in the next updates, the users will be able to mirror their Android screens on to their Windows 10 screens and can operate your phone through the Laptops Keyboard and Mouse.

Thus, Microsoft has really made Windows 10 your new best friend if you have an Android Phone.