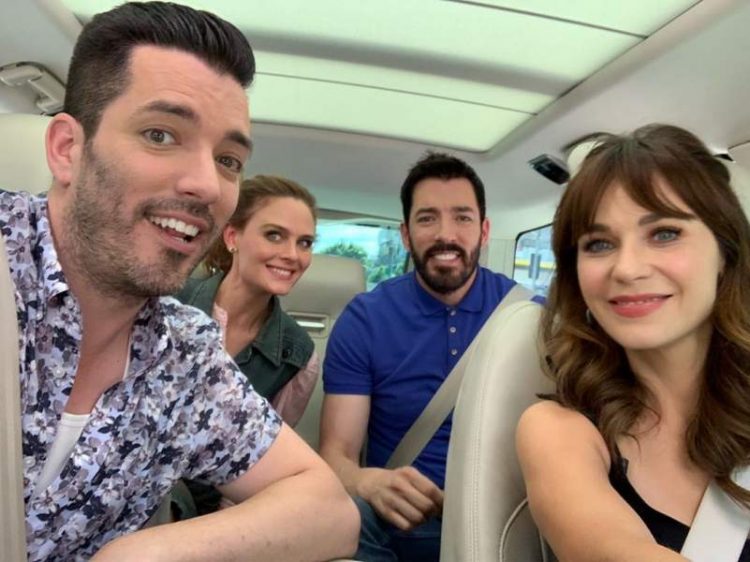 The popular Canadian television personality and construction contractor Jonathan Scott and actress, singer Zooey Deschanel are the new love birds in the town. Although they are in a relationship for some time they have opened up about their relationship more. They both first met on Carpool Karaoke in 2019 and liked each other in an instant. The romance kicked off when Deschanel split from her husband Deschanel after four years. She has a daughter and son with her ex-husband.

Scott shared that he is in a relationship with someone to a newspaper. This happened one day when their relationship became public. As Scott is a very private person he does not usually speak about his dating life to the media. He also said that his new relationship is very special to him because it came as a pleasant surprise. Moreover, he is a guy who has expects a good partner and is quite selective with whom he is dating.

The beginning of their relationship in 2019

Zooey Deschanel who has acted in Bridge to Terabithia and New Girl confirmed her relationship with Jonathan Scott in a Halloween photo. She was on the arms of Jonathan Scott and near them were people dressed in costumes. She posted this picture after one month of dating Scott. Furthermore, she was also his wedding date which happened in Las Vegas. She wrote on Instagram that she was overjoyed to attend the wedding of Scott’s brother.

Then the couple spent their first Thanksgiving together. Scott publicly declared his love for Deschanel with a post on Instagram. He shared that Deschanel has brought joy to his life. The couple also attended events like Critics’ Choice Documentary Awards that happened at Brooklyn, New York.

Deschanel celebrated the birthday of her boyfriend and also wished him on Instagram. They began the year 2020 well. The couple spent the day at 80s-themed karaoke bar located in Los Angeles. After the onset of the pandemic, the couple spent the quarantine together. They shared about playing board games to keep themselves entertained and more.

Scott celebrated his 1st anniversary with his girlfriend in August of that year. He shared a great clip of their moments which was lovely to see. Deschanel responded that he was her favourite person.

The beautiful couple started 2021 with lovely wishes to each other. The actress posted two pictures and shared her hope of 2021 to be full of silver lining for all. They are one of the most popular couples in Instagram right now. Also, their fans are swooning over their romance and are wishing them good wishes.

This is the beginning and the continuing love story of the great couple Zooey Deschanel and Jonathan Scott.