The Truth About Molly Hopkins of ‘90 Day: The Single Life’ Relationship with Kelly Brown 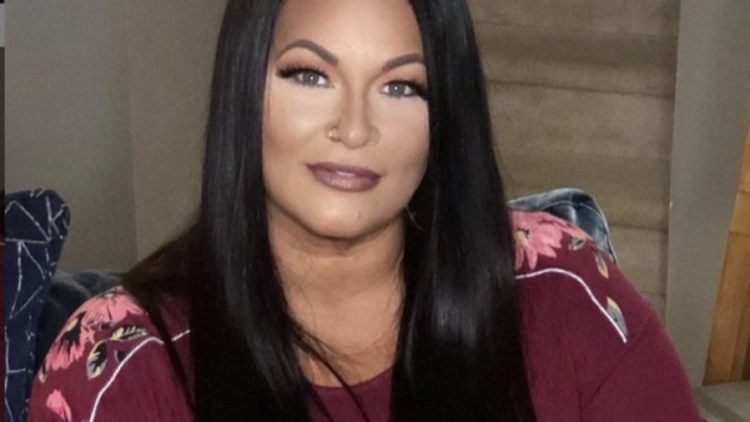 The fans of the show 90 Day: The Single Life, have certainly known the bubbly honest woman from Georgia, Molly Hopkins. Well, it’s delightful news for the fans that she has introduced her new man, Kelly Brown. So, it’s not surprising to be curious about the duo’s relationship. If you are, then read this article to know more about them.

Find How the Duo Met Each Other

So, what does the star of 90 Day Fiance say about their first meeting? Well, Molly Hopkins, who is currently 45 years old has said that she met her new love interest Kelly on Instagram. In fact, he was one of the many men who sent him messages after her appearance in the previous seasons of the show. So, she said that, while it’s true that a ton of men sent her texts, there was something different about Kelly that made her respond to his DM.

She says that Kelly is someone, who is everything a girl could ask for as a friend or companion. He is someone who wanted the real version of Molly, and not the TV star Molly, that everyone talks about.

What Does He Do? Molly Hopkins and Kelly Brown First Meeting Face to Face

Molly’s new love interest is from Brooklyn, New York. As for his occupation, he works as a cop. So, recently, Molly has said about their first meeting face to face. After conversing with him online for a while, Molly felt that he is special.

Therefore, she decided to give it a chance and go meet him. So, they met in NYC and spent about three days together. In fact, it went well, as Molly invited her man Kelly to have a visit in her home at Woodstock, Georgia. It’s also worth mentioning to the fans that, there, Molly lives with her youngest daughter Kensley and two roommates as well.

Well, despite being a perfect guy, Molly still had some doubts. In fact, she wanted to learn about his past because she found out that he doesn’t have any children and hasn’t married. Her speciesism makes sense because of her past. In season 5 of the 90 Day Fiance show, there was documentation of her love story with her ex-husband Luis Mendez.

The couple met while Molly was on a trip to his native country Dominican Republic. In fact, the couple fell in love and Luis proposed to Molly eventually. However, due to several cultural clashes and the way Luis treated Kensley and Molly’s daughter Olivia, the duo had to settle for separation.

So, Molly didn’t want to make another mistake as she did. Therefore, on the 28th episode of the 90 Day: The single Life, Molly’s love interest Kelly arrived in Atlanta to visit Molly’s home. During a dinner date, she wanted to find out how a ‘hot, good career man’ like him is still single at 41 years old. In fact, when she asked, Kelly just rubbed his hands. In addition, he also spoke feebly and said, ‘That’s what I do’.

Furthermore, Kelly could also figure out that Molly asks him a lot of questions because of her previous relationships. However, he was hopeful that Molly would understand eventually that he wasn’t the sort of guy she thought he was.

He Spends Some Quality Time with Molly’s Kids

Molly said that one of the most beautiful things about him is the fact that he is a geeky, fun-loving guy who loves spending time with her kids. In fact, she also feels that he shows much respect to women who raise children on their own.

Their Tough Conversation on Having Kids

Well, Kelly wanted kids but Molly just wasn’t ready. In fact, she has found the perfect balance in her life as a mother and a woman who loves her job. However, when Kelly approached her about having kids, she just couldn’t give him false hopes. It’s also worth mentioning that Molly Hopkins and Kelly Brown were some of the most beloved casts of the 90 Day: The Single Life: “Tell All.”

Is There A Marriage Around the Corner?

Well, we don’t know about that but probably there are chances. Despite the tough conversation on having a child, Kelly has stuck to molly. In fact, for the next season of the 90 days finance, we saw a glimpse of a video. There, Kelly was at a party, and everyone dressed nicely for a wedding-like occasion.

So, Molly seems to have found a perfect man in Kelly. Despite being a bit suspicious at the beginning, she has found that he is a genuine guy.

Also read: The Truth About Bobby Flay and Giada