More European Cities Can Connect with The Eurostar High-Speed Rail 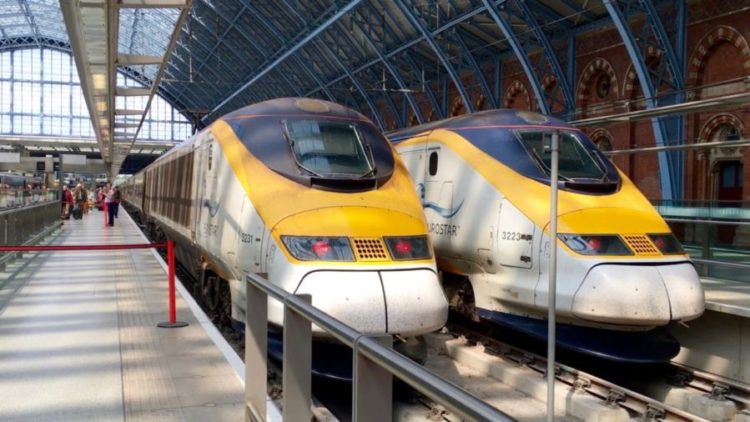 Now Eurostar has planned to expand its European routes by connecting with Belgian operator Thalys. They will build a more comprehensive high-speed rail network. It will connect the UK with Germany, Belgium, the Netherlands, and France. The plans for this merger were revealed in 2019. Travelers can enjoy a convenient journey with a single ticket because of the high-speed rail. Thalys already connects France, Netherlands, Germany and Belgium, but the UK does not have these operations. Now, this extensive network will connect the UK to other places as well.

Eurostar operates out of St Pancras Station in London. It offers passages across the Channel Tunnel of French cities like Calais, Paris, Lyon and Lillie. During the winter season, it journeys to the Alps. Further high-speed services can be used in Brussels, Rotterdam and Amsterdam. The merger not available right now is the direct link to Germany. But due to the recent plan, this link will also be possible.

How does it benefit the passengers?

For the first time in the Eurostar services, the passengers from the UK can travel to Germany directly. The train will run from London to Cologne. It is a journey that can take five and a half hours. Also, it can travel from London to Düsseldorf, Essen, Aachen and Dortmund. These are some of the destinations where Thalys operates.

The trains will be able to travel to Bordeaux from London and to many cities in Belgium like Antwerp and Liege. Now the service to the Alps can also be extended for the winter vacationers.

The CEO of Belgian rail company SNCB and chairman of the board for Thalys- Sophie Dutordoir, shared with Euronews about the new developments. She said that the plans would bring lots of benefits to the travellers. It will offer great connectivity, developed scheduling and ticketing, a common loyalty program in the network and more.

She added, “This merger project is based on the firm belief that trains are the most sustainable, fast, efficient and safest way to travel in Europe — now more than ever”.

It has great fallout on night services across the European railways. The operators can make the car and plane travellers choose railway travel. It will create more climate-friendly journeys. Also, it is enjoyable too.

The project’s codename is Green Speed Project and has the support of French state-owned railway company SNCF. It also has the back of the National Railway Company of Belgium. They own the stakes of both Eurostar and Thalys. The project was greenlit by the European Commission last month. They agreed to ensure that the project would not go against the EU competition rules.

Chairman of SNCF and Eurostar Guillaume Pepy shared that they started the project for more sustainable means of travel because of the climate emergency. It is an ambitious response to the urgency.

Eurostar is connecting more cities through its high-speed rail. It is going to offer lots of advantages for the passengers.

Also Read: Is It Safe to Book Flight Tickets Online?