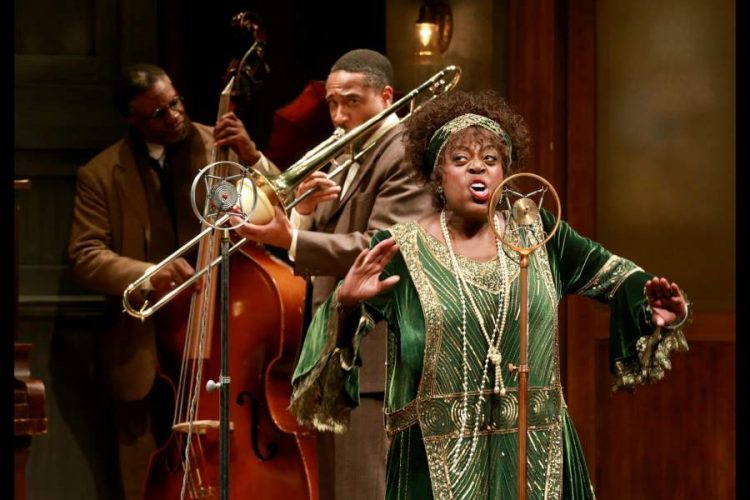 Many fans are waiting for the last film of actor Chadwick Boseman. The title is Ma Rainey’s Black Bottom which is an upcoming film made by George C. Wolfe and Produced by Todd Black and Denzel Washington. The film is an adaptation of a play of the same name. The film is going to release soon on Netflix. During the filming of the movie, Boseman was battling with colon cancer. At last, he lost his life at the end of August. So to watch him in the film will surely be an emotional experience for many.

Know all the details of the film here.

When is the release date for Ma Rainey’s Black Bottom set?

The film is set to release on Netflix on December 18, 2020. The story seems extraordinary as some of the scenes of the film look excellent. As the basis of the film is a play many are reading the play to understand it. There are many important themes dealt in it that suits the current atmosphere. Therefore stay tuned for the film.

The story is set in 1920s Chicago, America. There is tension and a lot of commotion in a recording session because the bands of musicians are waiting for the legendary performer “Mother of the Blues also called as Ma Rainey. She has come late to the session and she engages in a battle of wills with her white producer as he is trying to take control of her music. She is well known for her fiery and bold personality.

In the studio, the band is waiting for the argument to end when trumpeter Levee concocts plans of his own. He has his own agenda in the music industry as he is ambitious and moreover he also has an eye on Ma’s girlfriend. He talks with the musicians creating stories, truths, and lies that transform the lives of many people in the room.

Viola Davis has acted in the role of the awe-inspiring Ma Rainey. Chadwick Boseman has played as Levee. Actor Glynn Turman has played as Toledo and Colman Domingo as Cutler. Then Taylor Paige played as Dussie Mae and Michael Potts as Slow Drag. Moreover, Jonny Coyne and Jeremy Shamos have played the roles of Sturdyvant and Irvin.

The production and development news

Denzel Washington made a deal with HBO to make a film from one of the nine plays of August Wilson. Then in 2019, the deal went to Netflix. Then the important cast members of the team got chosen. The filming started on July 8, 2019, in the location Pittsburgh then it shifted to Chicago.

Then it completed on August 16, 2019. During the time of post-production Boseman lost his life because of colon cancer. This film was his final appearance.

Ma Rainey’s Black Bottom is going to be a fantastic film. Many have done a great job in the film as the age is accurately depicted in it.