Nicole Young and Dr. Dre Opts For Divorce After 24 Years of Their Marriage 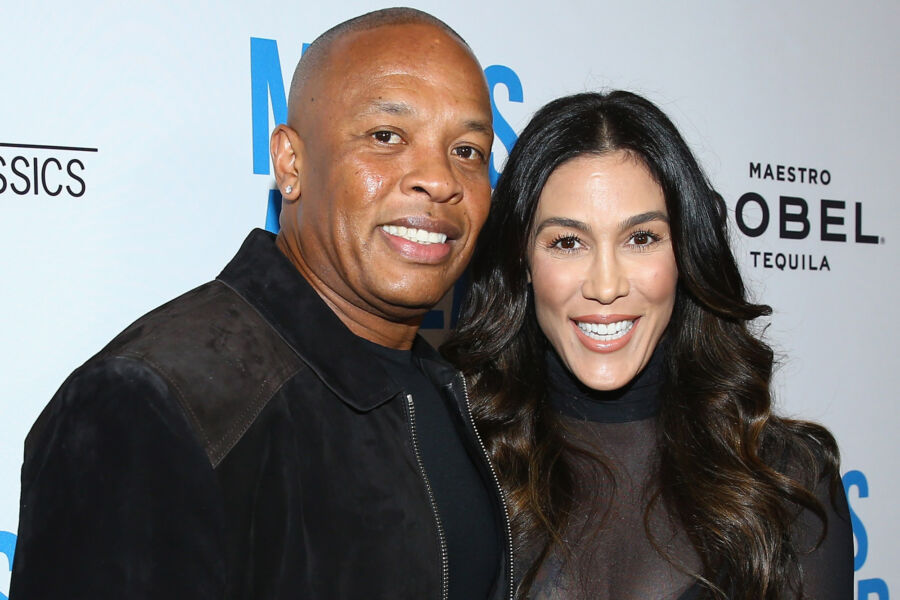 Divorces among celebrities have become a common issue nowadays. However, after staying with each other for twenty-four years and then opting for divorce is really hard to accept for the fans. Yes, you guessed it right, we are talking about Dr. Dre’s wife, Nicole Young. Needless to say, Dr. Dre is a well-known producer, rapper, and music giant. However, today we will discuss some of the fascinating aspects of his wife, Nicole Young.

You must have been surprised by the sudden divorce of this celebrity couple, right? In this article, we will also discuss the probable reasons for them opting for divorce. So if you are curious to know more about the celebrity couple, stay with us until the end. We will share some of those previously unknown details with all their fans.

A Short Bio of Nicole Young

As we already said, people know Nicole Young mainly as the wife of the famous producer, rapper, and music giant, Dr. Dre. She was born Nicole Kendra Plotzker. However, other than that, we know little about her life before her first marriage to Los Angeles Lakers point guard Sedale Threatt in 1992. Yes, when Nicole was just 22 years old, she was married to Threatt when she met Dr. Dre, aka Andre Romelle Young. Nicole and Threatt were together for three years. Before her marriage to Dr. Dre, she worked as an attorney. The couple tied the knot on May 25, 1996.

As per the sources, he had probably written a love letter to her in 1995 saying, “Hopefully you are doing well, and you realized you need to quit f****g wit Sedale and come home to your Doctor. I will take care of you, baby girl.” If you wish to see the letter, you can see it online.

Many of you do not know, but Dr. Dre’s real name is Andre Romelle Young. He is a rapper, producer, and entrepreneur. In fact, his fans mostly credit him in the hip-hop scene as a pioneer for the California rap sound. Moreover, Dre, 55, founded the hugely lucrative Beats Electronics brand. In fact, he was once the co-owner of the famous Death Row Records label.

In addition, Dr. Dre has managed and guided huge hip-hop acts like Snoop Dogg, Tupac, Eminem, and 50 Cent. Moreover, he was once a member of NWA in 1985 with Eazy-E, Ice Cube, Yella, MC Ren, the Arabian Prince, and the DOC.

Dr. Dre’s latest venture is that he is set to release new music through the playable online story Grand Theft Auto, according to Billboard. In fact, he released an online game on December 15, 2021. It will contain “unreleased exclusive tracks from Dr. Dre and a heavy-hitting lineup of artists,” a statement read.

As you know, Nicole’s first marriage was rocky. There were rumors of her leaving her first husband in 1996 to be with Dre, and they tied the knot in 1996. Nicole and Dre have two children together. Their son, Truice, was born in 1997, and their daughter Truly was born in 2001.

At the same time, Nicole is also a stepmom to the rapper’s other children. However, we come to know from several media sites that Nicole left his career as a lawyer to be with Dre. However, there are no records of her practicing law in California or elsewhere. Probably she studied law but never practiced.

Why are Dr. Dre & Nicole Young Getting a Divorce?

Many of you are probably curious to know why famous celebrity couples like Nicole Young and Dr. Dre opted for divorce after living with each other for 24 years. Let us share with you the details. As per the sources, the former couple revealed they were divorcing in June 2020, with Nicole citing irreconcilable differences as the reason behind the couple’s split. Since this is Nicole’s second split, she might be pretty upset with her present life.

The last time we saw Dre and his soon-to-be-ex-wife together was in February 2020. They were at a Tom Ford fashion show. In September 2020, we came to know that Nicole was seeking $ 2 million a month as spousal support. However, in October, a judge ruled in favor of the rapper not forking out $1.5million in security fees for his ex-wife.

What Further Details do We Come To Know Regarding The Divorce Case of Dre & Nicole Young?

We learned from the court documents in July 2021 that a Los Angeles Superior Court Judge ordered Dre to pay $293,306 per month to Nicole. They rendered the decision temporary until a final decision. As per the court documents, “[Dre] is ordered to pay to the [Nicole] spousal support in the sum of $293,306.00 per month, payable on the first of each month, commencing August 1, 2021,” So Dre will pay a total of $3,519,672 per year until Nicole remarries or “enters into a new domestic partnership.”

Moreover, on October 20, 2021, we learned that Nicole “served divorce papers” to Dre while attending his “grandmother’s burial.” According to the informant, Dre was “upset by the situation and refused to take the paperwork.”

There were comments about Dr. Dre’s spending and making the prenuptial proceedings a financially difficult situation for her. The court filings said, “If anyone is to blame for the contentious and expensive litigation, it is Andre, his team, and the choices Andre has made.”

So it was finally, on December 29, 2021, that Dre agreed to pay Nicole $100 million as their settlement. Accordingly, Dre will pay the first $50 million now and the second half a year. Now, let us examine why Nicole accused her ex-husband of hiding the assets.

Check Out Why Nicole Accused Her Ex-Husband, Dre, of Hiding Assets

If you are active on social media, you must have come across that Nicole Young accused Dre of hiding valuable assets after their split. This also included trademarks for his stage name and the “The Chronic” album. However, sources close to Dre said that her claim is entirely ridiculous and is an attempt to embarrass him.

As we know, the couple tied the knot in 1996, the Chronic came out in ‘92, and Dr. Dre has used his name since the 80s. Therefore, it is entirely his and his alone as per the sources.

So as we conclude, we can say that Nicole and Dr. Dre might have been married for quite a long time; however, they chose to opt-out of their marriage for some personal differences. We hope they are able to settle in their personal lives better and stay happy.

Also read: The 32-year-old is The Owner of A Successful Toy Company Mighty Jaxx