‘Over the Moon’: Release Date, Plot, Trailer, and All Updates So Far 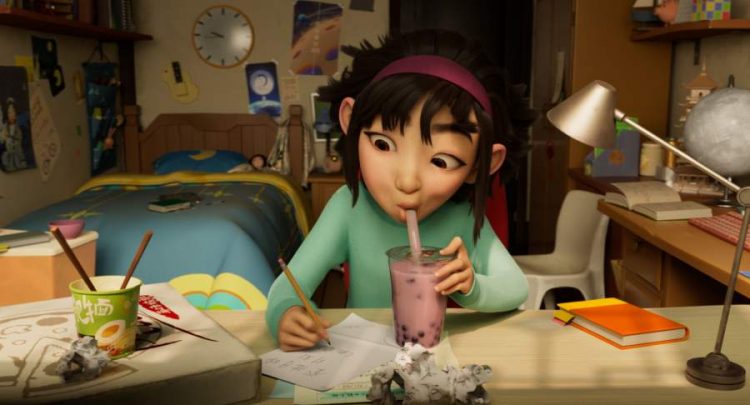 Over the Moon is a soon-to-be-released animated musical comedy film. The director of the film is Glen Keane. The Skydance Animation is serving as the producers of the film. The film is going release on the popular streaming service Netflix. It has excellent cast members who have offered voices for the characters. Some of the pictures of the film look promising so we are eagerly anticipating its release. Know all the details about the film here.

When will Over the Moon release?

Netflix has given the date of release for the film. It will release on the 23rd of October, 2020. Stay tuned for the film as it looks amazing. It is the right time for this excellent film to release. Netflix has released a trailer of the film that gives us a glimpse of the story. Do not forget to watch it.

The film is about a young girl named Fei Fei who creates a rocket ship and decides to fly it to the moon to meet the Moon Goddess she is so fascinated about. Are you wondering about who the Moon Goddess is? Chinese mythology describes the Moon Goddess Chang’e. They believe that she lives on the moon and is a subject of many tales.

During the Mid-Autumn Festival on the full moon night the Chinese worship the Goddess. They place new pastries on her alter to seek her blessings. The worshippers believe that she gives the people worshipping her exquisite beauty as she possesses the secret to immortality.

Fei Fei is very impressed with the tale of Chang’e. So she sets out to find out if she lives on the moon or not in the story. She also has a cute rabbit as a pet that accompanies her on her journey and her cousin Gobi. So we can expect the story to be adventurous and exciting.

In 2017 Pearl Studio asked Audrey Wells the American screenwriter and director to work on the script of the film based on classic Chinese myth. Then on 2018 Netflix acquired the right to distribute the film and then Glen Keane got chosen to direct it. He is well known for his work on popular films such as The Little Mermaid, Aladdin, Pocahontas, Beauty, and the Beast, and Tangled.

Unfortunately, it became the final film of Audrey Wells because she passed away in 2018. Sony Pictures Imageworks worked on the animation and the song composition is by Steven Price.

Over The Moon Trailer

Over the Moon will retell the mythological tale of the Moon Goddess. So expect the unexpected in the film.