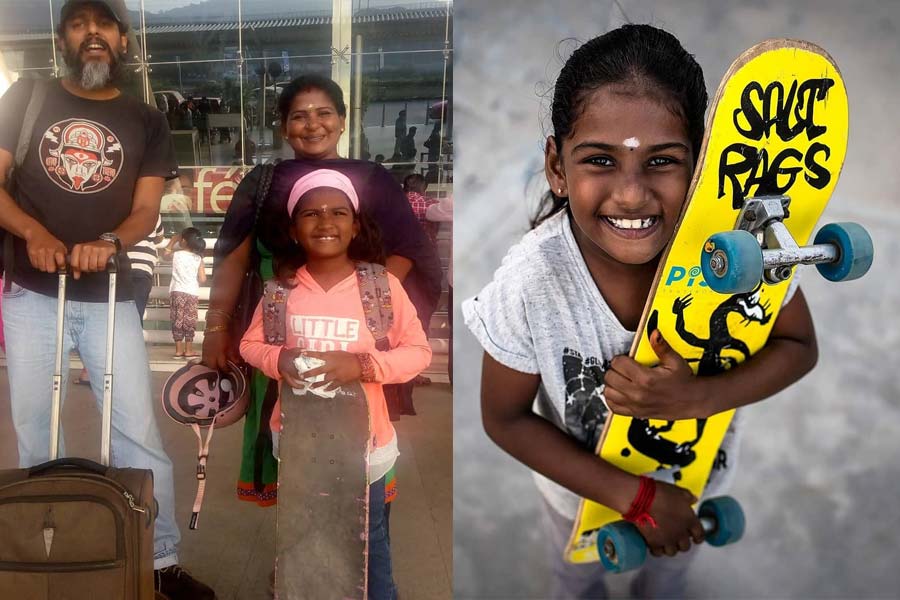 Kamali Moorthy, a 10-year-old-girl is on cloud nine these days. She has become a skateboarding sensation because of her perfection. She hails from Tamil Nadu. Her story reached after skater Tony Hawk who is a renowned skateboarder had shared a photo of his “new favourite skate shot” and it went like fire in the bush on the internet. After the picture went viral, Kamali and her mother have gained a lot of recognition.

Kamali is based on the struggle of her mother ‘Suganthi’

A short film or documentary based on Kamali and her mother’s life has been shortlisted for the 2020 Academy Awards and this thing is a pride in itself for everyone. The film which is titled ‘Kamali’ revolves around the story of Kamali’s single mother Suganthi. The documentary talks about her struggle of raising her daughter in a traditional society while helping her become a skateboarding champion.

Her mother sells fish and is a perfect example for other women. She is really doing a great job by helping her daughter to become what she wants to be.

The movie has been directed by Sasha Rainbow

The movie is of 24-minute and is directed by filmmaker Sasha Rainbow who is from New Zealand. The film has also won the Best Documentary at the Atlanta Film Festival in April.

Also read: Heartwarming Pictures of Kids Who Just Got Adopted will Surely The Best Thing You Will See Today

Her mother wants to taste the freedom she did not have

Kamali’s mentor Aine Edwards said, “When Suganthi (Kamali’s mother) sees her children, she reflects on her childhood and how she could not do the things she wished to do because of society. Today, she wants Kamali to taste the freedom she did not have,” Aine Edwards.

“The crew came and shot the film over six weeks. After it was edited, they even sent it to the Mumbai International Short Film Festival in December 2018, where it won Best Director Award,”.

Kamali’s mentor want to see this film in Bollywood

Rainbow hopes to see Kamali as a feature film in the Bollywood. She also reveals that her efforts are being put in to build a bigger skatepark in Kamali’s village so that other girls of the village could also learn this.

We wish you all the best Kamali for your future endeavors and of course her mother too who is the main persona behind her success and to bring her where she is today.