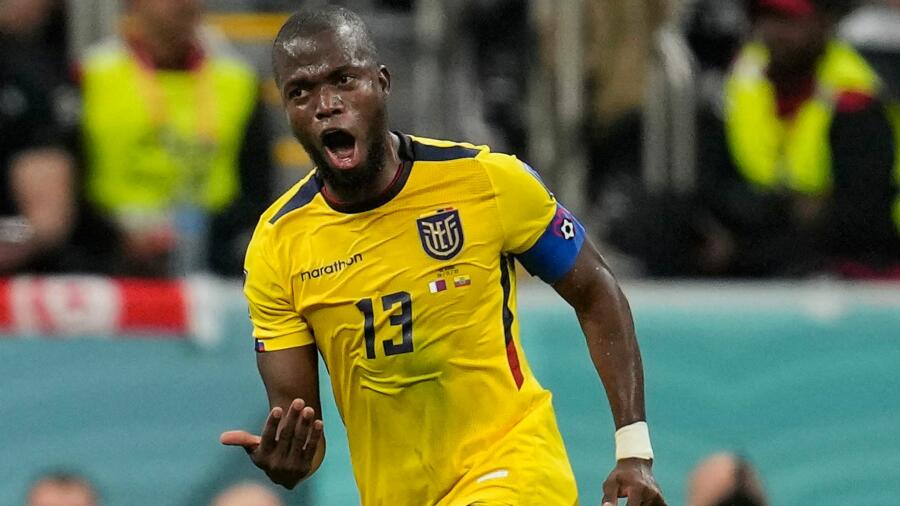 Much to the frustration of Qatar, having invested billions into hosting the 2022 FIFA World Cup, their spectacular opening ceremony was followed by defeat for the national team. Thanks to a double-salvo from Enner Valencia, it was a flying start for Ecuador that everyone will remember, along with those goals by their leading striker.

While there is probably little chance of Ecuador winning the football World Cup, many fans might now take a closer look at the odds and offers available during the tournament, via the latest online bookmaker guides and reviews provided by SBO experts. But regardless of the final outcome, this modest South American country now has a new hero, thanks to the impactful performance of Enner Valencia.

The man from Esmeraldas in Ecuador has also experienced quite the journey in football, the sport which took him from poverty to the riches that modern players can earn, given that leading professionals can earn handsomely for their efforts on the pitch. But his interesting career has not been without bumps along the way, and some remarkable incidents.

Rising to fame and international recognition

Taking his first steps into professional football, Enner Valencia was from a poor family and at his first club, life was far from the dream that many aspiring players would expect. His earnings were so low at first with Club Sport Emelec in Ecuador, he was forced to sleep in rudimentary lodgings, unable to afford anywhere else to stay and often struggling to even buy food. But over the course of four promising seasons, young Valencia quickly made a name for himself.

In early 2014 opportunity knocked when Mexican side Pachuca came calling, agreeing terms on a transfer with Emelec, taking Enner Valencia on his first overseas adventure. After scoring 18 goals in 23 appearances during his only campaign with Pachuca, news of his talent had quickly spread even further afield. By July of 2014 he was on the move again, when English Premier League side West Ham United stumped up a £12 million transfer fee, accompanied by a five-year contract and excellent salary terms.

While not quite as prolific the goalscorer in England, often deployed as a winger instead of a striker, Valencia was a key player for West Ham during his first 2015-16 campaign at the London-based club. Nevertheless, his impact and importance in the first team gradually waned, until midway through the 2016-17 season, Valencia was eventually shipped out to fellow Premier League side Everton on loan.

Uncertain about his future in England, the chance for a return to Mexico came in July 2019 when Tigres UANL paid West Ham £4.2 million, transferring Valencia back to the Liga MX. Scoring 34 goals in 119 games was a decent return on that investment, although after three seasons, he was on the move once again in 2020, back to Europe again and this time with Turkish outfit Fenerbahçe.

Greeted as a newfound hero in the Turkish capital, Valencia has put all his talent and experience to good use at Fenerbahçe, contributing 32 goals in 71 appearances over the last three seasons. Amazingly, he also seems to have discovered the best scoring form of his career, netting 13 goals in just 12 games for his club side this season.

The great escape and the nightmare situation

Aside from his exploits on the pitch, often earning the praise of commentators and football pundits, Enner Valencia has also found himself in the headlines for entirely different reasons. Back in October 2016 and while making another international appearance for Ecuador, the match was remembered for quite bizarre events involving the player, when he initially feigned an injury in the match against Chile.

Before the game took place, news had filtered in the media that police had issued a warrant for the arrest of Valencia, who had apparently run up a huge debt in unpaid child support. When he was carried from the pitch in an electric buggy, the police suddenly gave chase as the buggy sped faster towards an awaiting ambulance, much to the bemusement of commentators covering the match. The warrant was revoked later, although the judicial process went on for some considerable time afterwards.

In August of 2020, and not for the first time in South America, the perceived wealth of Valencia prompted one of the most frightening situations for his family. His sister Erci was taken hostage by an armed gang, then held for ransom during a tense standoff with security services. Fortunately, the situation was eventually resolved peacefully, and she was released unharmed, much to the relief of Valencia and his family.

Having experienced so much in life, both positive and negative, appearing at the 2022 World Cup will be a welcome opportunity for Valencia. Thanks to his two goals against Qatar in the opening match, he is now being hailed as a national hero, which certainly makes following his progress at the tournament all the more interesting. There could be a few more chapters to his fascinating football story, just waiting to be written over the coming weeks.