Who Is Stargirl’s Eclipso? Know About New Justice League Villain 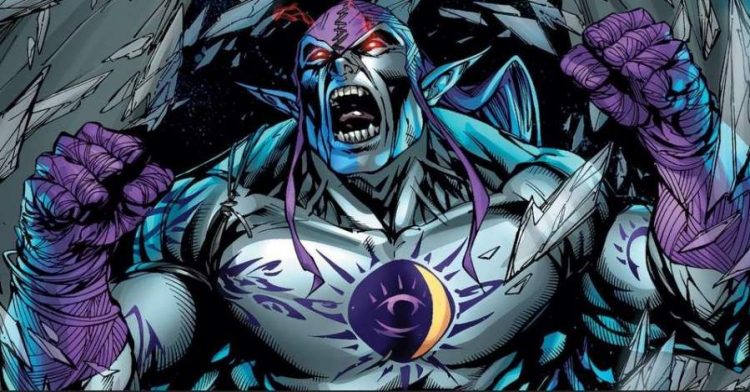 Eclipso is a supervillain in the universe of DC Comics. This character is a reincarnation that transforms into evil. It is going to make an appearance in season 2 of Stargirl. The being was stuck in a gem all this while but he will come to pose a threat to the world. The first appearance of the character was in House of Secrets #61 1963 August designed by Bob Haney and Lee Elias. Now we will get to see the character more powerful than before and ready to capture the world. Our Stargirl has to face the powerful villain of all time to save the world. Know about it more here.

How Eclipso came into existence?

Eclipso made an entrance in the early comics with Bruce Gordon. He is a character named after Bruce Wayne and Commissioner Gordon because of an inside joke. Gordon is actually a scientist who is an expert on all matters regarding solar energy. One time he goes to the jungle to watch solar eclipse however he gets attacked by a sorcerer named Mophir.

The fight leads to the sorcerer jumping off the cliff but at that he attacks Gordon with a black diamond. So this forces Gordon to change into an Eclipso whenever there is an eclipse. Hence the villain emerges as a result of the split in Gordon’s body whose face resembles a partial eclipse.

He becomes a conventional villain with strength and powers. He has some weaknesses as well because when a light touch him the Eclipso gets inside Gordon’s body. The character of Eclipso later appeared in many DC comics as well as adapted into series. Many DC fans are aware of this character that comes from time to time to wreak havoc.

What are the powers and abilities of Eclipso?

The origin of Eclipso is from the Great Flood in the Bible. The wrath of God created this being that led to the Great Flood. He is a creature of great power because he can fly, possesses immortality, super speed, stamina, intellect, and can emit deadly rays from his eyes. He also comes with a powerful sword and knows how to wield it perfectly.

Moreover, he contains some Godlike powers as he can manipulate nature. As seen in the comics Eclipso possesses the power to bring great eclipse upon the world that will lead to darkness. These are the details we have regarding Eclipso.

What part he will play in Stargirl?

In the Stargirl season 1, we saw Cindy picking up a black diamond. This is where Eclipso is present as a sentient being. The black diamond is a magical object that made him Eclipso. So she may try to know more details about the artifact. We do not know for sure how the story will turn out but many possible characters are present in the series that can use the power of Eclipso for their own selfish purposes. We have to wait for the release of season 2 to know what happens. However, we can say that introducing Eclipso here has provided a new arc in the series. Many new and interesting things will get explored here.

Stargirl’s Eclipso will be a fantastic addition in the story. It has opened up many more possibilities. A new take on the villain adds fresh detail to the story. So stay tuned for season 2 of Stargirl.