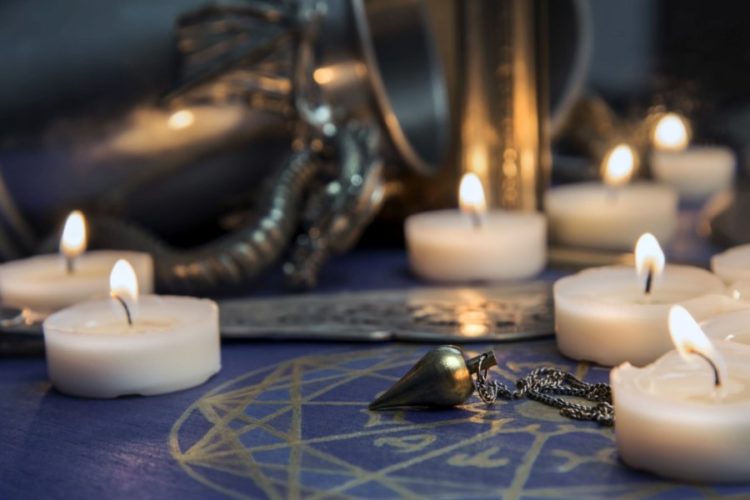 People who are just learning about the world of magick often confuse Wicca, witchcraft, and paganism. While these three different beliefs are all related to magick, they are not the same. To help you better choose which path you want to embark on, you need to understand the differences between witchcraft, pagan beliefs, and Wiccan beliefs. So, if you’re ready to start this journey, keep reading. We’ve put together a guide to Wicca, paganism, and witchcraft to help you stay informed about each of these beliefs and practices.

Let’s start by looking at paganism. Paganism is an umbrella term for several different types of spirituality.

One key thing to know about paganism is that it’s a nature-based religion. It can be applied to a few different faiths. These include:

Paganism is a term that was first used to describe people who didn’t live in the cities but instead lived in rural areas. However, with the rise of Christianity, the meaning changed a little bit.

As Christianity spread around the globe, people living in rural areas continued to hold onto their nature-based beliefs. Because of this, the term “pagan” soon began to refer to people who didn’t follow Christianity.

Remember, there are many different pagan paths that people can choose to follow. However, you’ll notice several unifying beliefs in each of the different practices that pagans follow. For one, pagans believe that the earth is sacred. Because of that, pagan practices closely follow the phases of the sun and the moon as well as the changing of the seasons.

In addition, pagans look at the cycles of life as sacred, too. For example, birth and death hold deep spiritual meaning in pagan religions because of their unique cycles and connection to the earth.

It’s important to note that while some pagan religions incorporate magick into their practices, not all of them do. Each religion has its own unique doctrine and set of beliefs, and this includes the use of magick.

Now that you understand paganism, let’s clear up what is Wicca. Wicca is a faith that was founded by Gerald Gardner in the 1950s. The way that this came about was by basing his new faith on old, pagan traditions. As such, Wicca is a pagan-based religion. It follows both the practices and the beliefs of witchcraft.

Since Wicca was a branch of paganism, many modern pagans chose to adopt these new practices. However, not everyone did, which is why paganism continues to be a broader term than Wicca.

Wiccan belief says that followers must honor the Goddes and the God and do their best to live a life of peace, tolerance, balance, and freedom. They encourage their followers to live in respect and harmony with the earth and with nature. There are a few beliefs of Wicca that are different from those of paganism. For one, Wiccans use the energy and power of the universe and the natural world as part of their magick.

On top of that, Wiccans have several festivals and full moons that they follow. The festivals are called Sabbats and there are eight of them. The Esbats are full moons, and as such there are twelve different Esbats that Wiccans follow. All Wiccan rituals and spells are complemented by the stars, sun, and moon.

Another important practice that Wiccans follow is avoiding evil. In fact, they have a motto to “harm none.” Wiccan spells are nearly always used to prevent someone from harming themselves or from doing something evil.

In addition, Wiccans follow a personal Book of Shadows. This book is a collection of witchcraft and wisdom that is used in the same way that prayer is used in several other modern religions.

Finally, let’s take a look at the practice of witchcraft. Once again, witchcraft is not the same as paganism and Wicca. The first thing you need to understand about witchcraft is that it is not a faith or a religion the way that Wicca and Paganism are. Instead, it’s a working practice. While Pagans, Wiccans, and Witches all practice witchcraft, they are not synonymous words.

Anyone who practices magick can be considered a witch. Different types of witchcraft include:

Real magick is done by someone who understands how to connect with the universe. A true witch uses his or her personal energy and the energy of the universe to manifest intentions and make them become reality.

The Beliefs of Witchcraft

To get started understanding what witches believe, you need to know that witches follow their own path that is separate from that of paganism or Wicca. They don’t have a set of rules that they are required to follow. Instead, they do what feels right and use their instinct to do so.

People who live life as witches do not need to follow any particular religion. Some witches have their own gods that they honor. Others choose to embrace the Christian god. Still, others follow the Wiccan goddess or follow her and the Christian god in a practice known as the Christian Witch movement.

While witches are free to worship any deity that they choose, it’s not a requirement of being a witch. And, in fact, many witches are atheists and don’t follow any god or deity at all.

Another way that witchcraft is different from Wicca and paganism is that there are several different types of witches. A witch can choose to follow his or her own magickal path and perform specific workings.

These paths usually align with a witch’s particular values and beliefs. Here are a few types of witchcraft that people follow.

Green witches are witches who connect with the earth in a deep way. They tend to use herbs in their spellwork. Green witches also often use essential oils and other plants as part of their work.

Hearth witches, also sometimes called kitchen witches, use their magick in the home and in the kitchen. They can put their spellwork into oils, ointments, and remedies. As such, they’re often considered to be healing witches and are experts in helping you recover from illness and maladies.

Hedge witches are witches who bridge the gap between the spiritual world and the physical world. These types of witches often use astral projection and mediumship as part of their spellwork. Hedge witches are quite similar to modern shamans.

Cosmic witches focus their magickal work on astrology, the stars, the planets, the sun, and the moon. Sometimes, cosmic witches will choose to focus on a particular astrological body or planet for their work.

Sea witches are witches who have strong connections with the water. They don’t have to have a tie to the ocean but can practice using a pond, river, lake, or even a simple cup of water.

Some witches don’t focus on one particular area of magick. Instead, they dabble in many different areas. These types of witches typically blend other religions and traditions with their spellwork.

Choose the Right Path for You

Now that you understand the differences between Wicca, witchcraft, and paganism, you’ll be better able to choose which is the right path for you. Remember, everyone is different and you can choose the path that resonates most deeply with you.

Understanding all three of these paths can help you decide which you want to practice if any. It’s a great way to get into the world of magick in the manner that speaks most deeply to you. If you found this article interesting and helpful, be sure to check out our other posts. We’re constantly creating new content to help you out in your daily life in every way, shape, and form.