A Complete Guide on How to Play Cribbage 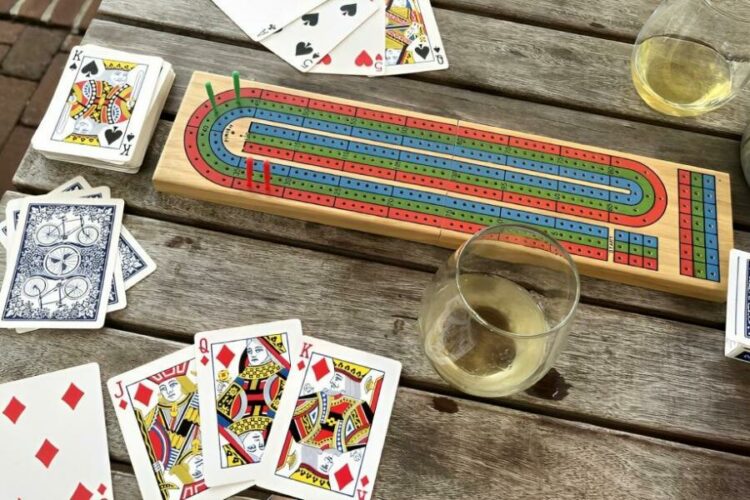 In cribbage, all you need to play is a board and a deck of cards. Depending on how quickly you play, a game can be finished in 15 to 30 minutes. It is ideal for short games at home, road vacations, camping, weeks at the cabin, and more.

Most often, two players are required to play cribbage. On other boards, though, three people can participate, and two-player teams are an option. Whoever cuts the lowest card deals first after each player has cut the deck to determine who goes first. Aces are low in Cribbage and are worth one point.

After the dealer is chosen, they deal 6 cards to each player, starting with their opponent, after shuffling the deck. The next step is for each individual to choose two cards to “put aside” or throw into the crib. After the “display,” the dealer’s crib is counted as secondhand. The dealer should make an effort to acquire as many points as possible in both their hand and crib.

When both players have tossed their cards into the crib, the non-dealer cuts the deck. The card is turned over by the dealer and placed on top of the deck. The “starter” is employed later in the game to aid in scoring. There is a regulation known as “two for his heels” that allows the dealer to quickly peg two points if the starting is a jack.

The count starts after every player has tossed their cards into the crib. A card is first laid face up by the non-dealer, followed by one by the dealer, and so on. The number of cards that have been played is announced after each player has kept their cards in their pile.

A total of six is announced, for instance, if a “6” is played first. The number 13 is announced if the next player plays a “7.” The sum of the playing cards cannot exceed 31. The counting restarts at zero if a player reaches 31 during this phase, at which point they gain one point. The end of this phase occurs when neither player has any cards left to play.

A player receives two points if their placement of a card brings the running total to 15.

When a player lays down a card that brings the running total up to 31, they are awarded 2 points.

You can see that the cards can be played in any order, therefore the game still counts. No one would win points if the placement of the cards was stopped, as in the case of 3-5-6-A-7-4.

“Go” is said by the player who is unable to play a card. The subsequent player receives 1 point as a result of this. Following that, they carry on playing cards until they either run out of cards, can place no more cards without going over 31, or reach a score of exactly 31. Whatever occurs, they receive one point, but the person who called go then re-starts the count at zero. The dealer is always certain of a Go, meaning they will always receive 1 point.

Unless they reach 31 points, the player who plays the final card in a round additionally scores 1 point for Go. If so, they are awarded two points. Although it is occasionally referred to as the “final card,” a Go earns the point. The player receives 3 points if the last card played totals 15, including 2 for the total and 1 for “Go.”

Once all of the cards have been used by a player, they start scoring points for their hands. The dealer’s hand is placed first, followed by the non-hand dealer’s, and finally the crib. The game finishes once someone pegs out, thus this is crucial. Before the dealer has a chance to deal, the non-dealer could count and win. Except for the flush, all cards, whether in a player’s hand or crib, are scored equally. Only the hand itself must have the same suit as a player’s hand. The same suit must be used throughout the crib and on the beginning card.

In cribbage, 29 points are the greatest possible hand. A player needs three fives and the Jack that matches the suit of the fifth card they weren’t given to win it. Following that, the starter card must be chosen from the final five. Players frequently claim to have 19 when they have no points, even though the scores 19, 25, 26, and 27 are all impossible to obtain in a hand.

In the above article, we discussed what is cribbage, what is the accord, the count of the game, and how to play cribbage. We also discussed the tricks that will make you win. So, to become a pro at this game, this post is all for you!