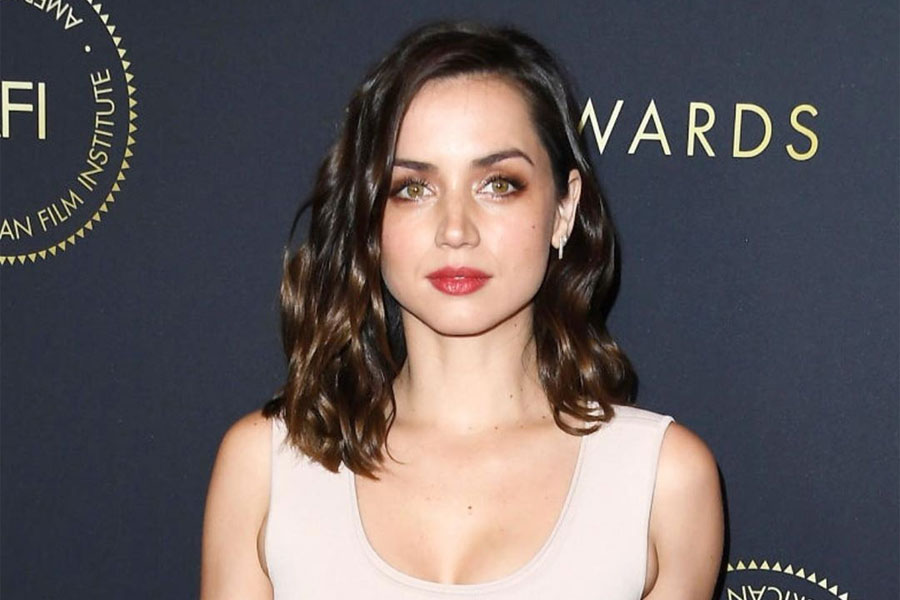 Ana Celia de Armas Caso is an actress from Cuba. She started her career in acting in Cuba and became known for her role in Una rosa de Francia. When she was eighteen she shifted to Madrid, Spain, and was part of a famous teen drama El Internado. Then she came to Los Angeles to get acting opportunities in Hollywood. She acted in Knock Knock which released in 2015. Then she also became part of War film War Dogs. Because of her excellent acting talents, she is starring in many English films today.

Ana de Armas is an inspiration for many girls today. With her impressive acting skills and qualities, she is one of the successful actresses today. Her sparkling eyes on the screen stole the hearts of many fans.

To know more about the actress, continue reading.

Ana de Armas’s birthplace is Havana, Cuba and she was born on 30 April 1988. She grew up with her grandparents from her young age. Her parents and her brother lived in Santa Cruz del Norte and came to see her only at the weekends. Then the whole family settled near the grandparent’s place. Her father Ramon performed many jobs such as school principal, bank manager, and teacher. He also served as the deputy mayor of the area. The name of her mother is also Ana and she worked in a Human Resources division. Her brother Javier was a photographer who worked in New York.

When watching movies she keenly observed the dialogues and kept it on her memory. Then she practiced it in front of her mirror. From age twelve she wanted to become an actress. At age fourteen she went to the National Theater School of Cuba located at Havana. She travelled to school by bus or sometimes she walked to finish the difficult course. When she was a student at the school she acted in three film productions. Then she left her home country and moved to Spain to get more opportunities in acting.

An acting career in Spain

She moved to Spain for her role in Una rosa de Francia. She also met director Luis San Narciso who has observed her acting in the film and got a chance to act in another project from him. The name of the drama was El Internado and she acted for six seasons.

She came to Los Angeles in the year 2014.  In the beginning, she was not able to speak English very fluently so she spent four months training to speak the language. She got the role in the film called Knock Knock and acted with Keanu Reeves. Then she also got invited to act in the film called Exposed which Reeves acted and produced. She served as the supporting actress in the film War Dogs. Then she acted in Hands of Stone in the role of boxer’s wife. But she did not receive much scope to showcase her skills in these films.

A peak in her career

In 2017 she acted in Blade Runner a film set in the future. She played the role of Joi the girlfriend of Ryan Gosling’s character. It was a holographic AI and she performed the role effortlessly. Many people appreciated her screen presence. In 2019 she appeared as an innocent nurse in the mystery film Knives Out. In this film, she got her breakthrough role. The film made a lot of money at the box office.

Some of the films that released in 2020 are The Informer, The Night Clerk, and Sergio. The films set to release are Deep Water with Ben Affleck and Blonde where she is going to portray as Marilyn Monroe.

The first relationship she had was with the Marc Clotet a Spanish actor in 2010. They got married but their marriage ended in two years. Now she is in a relationship with popular actor Ben Affleck. They met while filming Deep Water. Many photos of the couple relaxing on the beach and shopping during the quarantine time are resurfacing the internet. They seem so much in love.

The net worth estimate of Ana de Armas of this year is $4 million. She moved to Los Angeles without knowing English because she is a confident woman and liked to experience adventure.  It is pretty hard to get a career in Hollywood without any contacts. But Ana came alone and is a successful woman now because of her daring attitude. In the movie Knives Out she earned a lot of money because of her acting talents.