AR Gaming: Past and Present 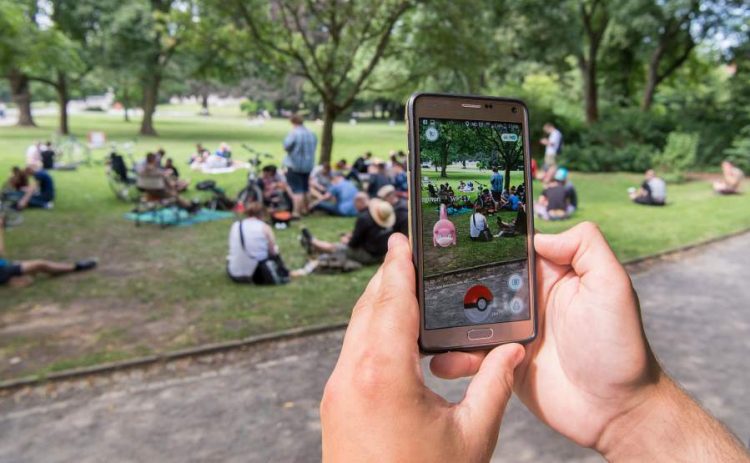 Augmented Reality (AR) gaming is a term that came into public consciousness a couple of years ago. Compared to Virtual Reality, AR has less friction to gain adoption. When playing VR games, the player needs to wear a bulky headset and some type of controller, for example, joysticks or gloves, to interact with the game in the VR environment. In AR games, the player only needs a mobile device. These days, almost everyone in India has a smartphone which makes AR games very accessible. AR exploded into our conscious minds back in 2016 with Pokémon GO. The game dominated the gaming headlines and seemingly every young person was out in the streets catching Pokémon and battling for gyms.

In VR, the player is completely immersed in a virtual environment through their headset. AR on the other hand is real life, with added graphical objects which are computer-generated on, for example, the screen of a mobile phone, where the object is then merged with the real world on your screen. In Pokémon GO this meant that a player would walk around in the streets with their phone, their phone would buzz if a Pokémon appeared and wanted to fight, if the player chooses to fight then he would bring up his screen and the Pokémon would be an augmented object along with other UI elements where the player would interact with the game through their screen.

The Pokémon GO hype faded after 2016 but still remains as the most popular AR gaming title to this day. No game developer has managed to deliver a gaming title anywhere close to that of Pokémon GO in terms of popularity and revenue. The game helped bring the concept of AR to widespread recognition in literally every part of the world. Paving the way for future apps and games to utilize the AR experience in all kinds of ways.

AR may have been in the public eye for a few short years, but the history of AR dates much further back than that. Already in 1968, a professor named Ivan Sutherland invented a headset that generated graphics by the use of the computer to alter the person’s perception of reality. This new technology did not gain any widespread recognition or use at that point in time but it serves as a starting point for Augmented Reality.

Fast-forward over two decades and the US Air Force started using AR as part of their pilot training program. Later in the 90s, the world of sports embraced AR. In the game of American football, there is a constant battle of moving the ball down the field. While American football appears to be simple and violent, it’s anything but simple. Teams use different formations and play to gain further down the playing field in a thought-out manner.

To make the game easier to follow for TV viewers at home, lines were superimposed in the screens of the viewers, so people could track the advancements the team was making as they made their way down the playing field. AR is used in this type of way in many sports today, to highlight and explain to the viewers what is happening.

An important ingredient was missing for all this time, the user had no tools to interact with AR. Smartphones changed all this by providing users with a mini-computer they could carry with them at all times. Around the same time, the Japanese software engineer Hirokazu Kato released an open-source computer tracking library used for advanced AR development. This software, ARToolKit, made it much easier to develop advanced applications that used overlay virtual imagery merged with the real-world.

Essentially, ARToolKit had video tracking capabilities that calculated the actual camera position of a mobile phone and the orientation or distances to relative physical markers or natural elements. This exact mapping of the real-world environment then makes it possible to render computer graphics that blends with the real-world.

In its essence, this is the technique that is used for AR games like Pokémon GO. Fortunately, AR technology is being improved all the time, with developers embracing the challenges of AR gaming. Some recent, successful AR gaming titles are Ingress and Harry Potter: Wizards Unite.