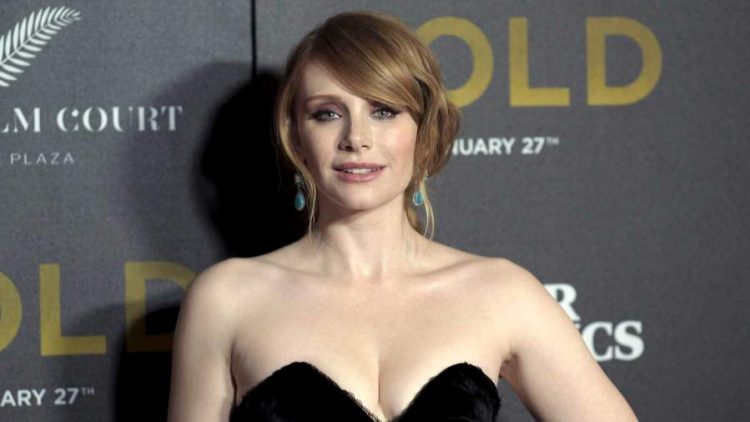 Bryce Dallas Howard is a popular American actor and filmmaker. Her father Ron Howard is a famous actor and filmmaker. She is thirty-nine years old. She has acted in many wonderful films that established her career in the film industry. The actress is also well known for her directorial ventures. Some of the movies she acted in are as You Like It, Spider-Man 3, Terminator Salvation, Lady in the Water and lots more. Bryce Dallas Howard’s Jurassic World is one of the best films of her career.

Know all the details about the actress here.

The birth date of Howard is March 2, 1981, and her birthplace is Los Angeles, California. The name of her mother is Cheryl Howard who was a writer and the name of her father is Ron Howard who is an actor and director. She is the eldest child in the family having two young sisters and a brother. Howard comes from an illustrious family as she is the granddaughter of Rance Howard and Jean Speegle Howard. Moreover, Henry Winkler is her Godfather.

She graduated from Byram Hills High School in 1999. Then she studied Tisch School of the Arts at New York University. Then she completed her degree in the year 2020.

For many years Howard acted in plays. She performed in House & Garden in 2002 held at Manhattan Theatre Club. Then director M. Night Shyamalan chose her to act in the fantasy thriller film The Village. She received a lot of wards for the role of blind girl she played in the film. Then again she acted in Shyamalan’s film Lady in the Water.

In the year 2007 Howard acted in Spidermen 3 as the character Gwen Stacy. The next project in her career was Terminator Salvation. Both films made a lot of money at the box office. Then Bryce Dallas Howard Twilight film released where she played the role of Victoria a revengeful and devious vampire.  Then she acted in The Loss of a Teardrop Diamond in the year 2009. In 2015 Howard acted in one of the best films of her career Jurassic World.

It was both a commercial and critical success. Then in 2016, she played a role in Pete’s Dragon. Then she again played the role of Claire in Jurassic World: The Fallen Kingdom in 2018. In 2019 she debuted as a director for the film Dads. In the future, she is set to reprise her role in the 2021 film Jurassic World: Dominion.

Howard met Seth Gabel who is also an actor in New York University. They have dated for five years before their marriage in 2006. They had plans to begin a family when she was thirteen however she became pregnant seven days after the wedding. She gave birth to her first child in 2007 and named him Theodore. She also experienced postpartum depression after her pregnancy but was able to the recover from it with the help of her family and medical help. In 2021 she gave birth to her second daughter.

The net worth of Bryce Dallas Howard

Bryce Dallas Howard has acted in many good films. Some of them are high grossing films. Bryce Dakkas Howard’s net worth is $15 million. She is living a comfortable life with her family. Many members of her family are also a long time part of the Hollywood industry. But Howard started the career by working hard. She is in the stage because of her determination and hard work.

Bryce Dallas Howard is a great actress. She is also a director now. Moreover, she is a beautiful person and a wonderful mother.