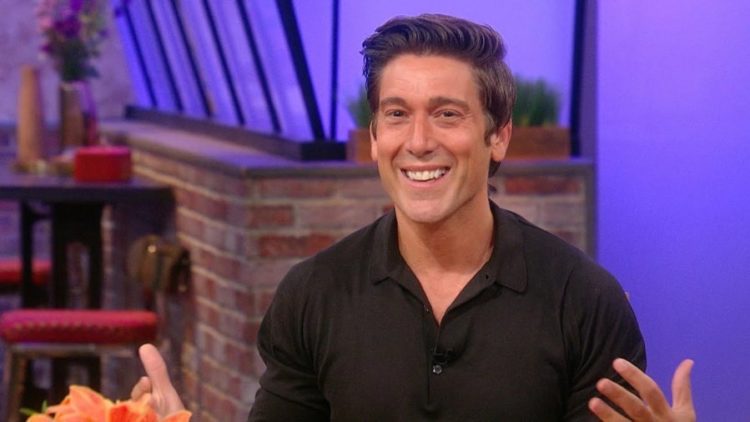 Many well-known people are secretive about their relationships. They do not reveal it to the media. One such personality is David Muir. Therefore many people wonder whether he is really married or not? Also, there are rumours about him Being Gay. Therefore his personal life details are still confusing. But here we are going to see about his relationships. Muir is a popular American journalist and the anchor of ABC World News Tonight. His shows always get high ratings from the people and he has become a household name because of his career. Now he is 47 years old. Know all the exciting details about him and rumours about him in this article.

Where is David Muir from?

David Muir hails from Syracuse, New York. Then he grew up in Onondaga Hill. He has one older sibling and two step-siblings. From a young age, he wanted to become an anchor. Also, he liked to watch ABC News every night with his family. Then he studied at Onondaga Central Junior-Senior High School and also went to Ithaca College where he got a degree in journalism.

Who were his father and mother?

David Muir’s father was an army veteran. His father’s name is Ronald Muir. During the veteran’s day, Muir posted a picture of his father on his Instagram page. He wished his father and the other veterans on that day and paid special tribute to them.

The name of Muir’s mother is Pat Mills. He is very close with his family and time to time shows his appreciation for them. This shows that he loves his family and is a dedicated member of it.

Why David Muir is famous?

Muir became popular after he started to work for ABC News. He joined the channel as an anchor in 2003. Also, he hosted the World News Now. Then from 2006, he co-anchored the Primetime. After that, he became the anchor of World News. Because of him, there was a rise in ratings for the show. Further many started to watch the weekend newscasts because of him.

He reported many happenings for the channel such as Hurricane Katrina, BP oil spill Haiti earthquake and more. In 2012 he was one of ABC’s lead correspondents for the 2012 U.S. Presidential election. He interviewed the candidate Mitt Romney. Further, he won several awards in his excellent career.

You may also like: Top 10 Journalists in The world, You Should Know

Who is David Muir dating?

It is not clear whether Muir is gay or not but there were rumours of him in a relationship with ABC colleague Gio Benitez. The rumours began when Benitez and Muir got papped together many times. But Benitez stopped the rumours by sharing his engagement news on 17th September 2015. He married his boyfriend Tommy DiDario in April 2016. Therefore Muir obviously is not dating Benitez.

Then in October 2015, Kate Dries shared an article on Jezebel titled Report Indicates My Boyfriend David Muir Is a ‘Monster.’ In the article, she wrote that David and she connected from the start. So she was one of the many admirers of Muir. But there is no actual evidence of them being together. The tone of the article revealed that she likes him very much.

Why do many think that David Muir is Gay?

As David has not revealed any details about his relationship by words or on social media, many think that he is a closeted gay.  Today people in social media demand popular celebrities to share every aspect of their life. If they do not then they start to spread rumours about them. This is what has happened to David Muir. As David is a great journalist and anchor of famous shows his fans are eager to know if he is dating anyone or not. But the anchor has not shared anything. So this is the main reason why there are rumours of David Muir being gay.

But the rumours are baseless. There is no proof of David Muir being gay. But for now, the rumours have stopped after the rumoured boyfriend Gio Benitez married Tommy DiDario. Muir himself has not denied the claims of gay rumours. He is silent on all the subjects related to him and is not trying to stifle the rumours.

As he is a popular journalist and anchor he earns a lot of money every year. His net worth is $20 million. Also working for ABC News for many years has its perks. The channel’s leading anchors get rich if they anchor the Primetime shows. Currently, Muir is anchoring the “World News with David Muir” where he shares important developments around the world.

He is a familiar face in many homes because of his career. People learn about the news happening around the world through his shows. Also, his way of reporting the news is great and it has attracted many viewers. So his fans want to know whether he is dating anyone or not.

You may also like: Chris Cuomo Biography and Career at CNN