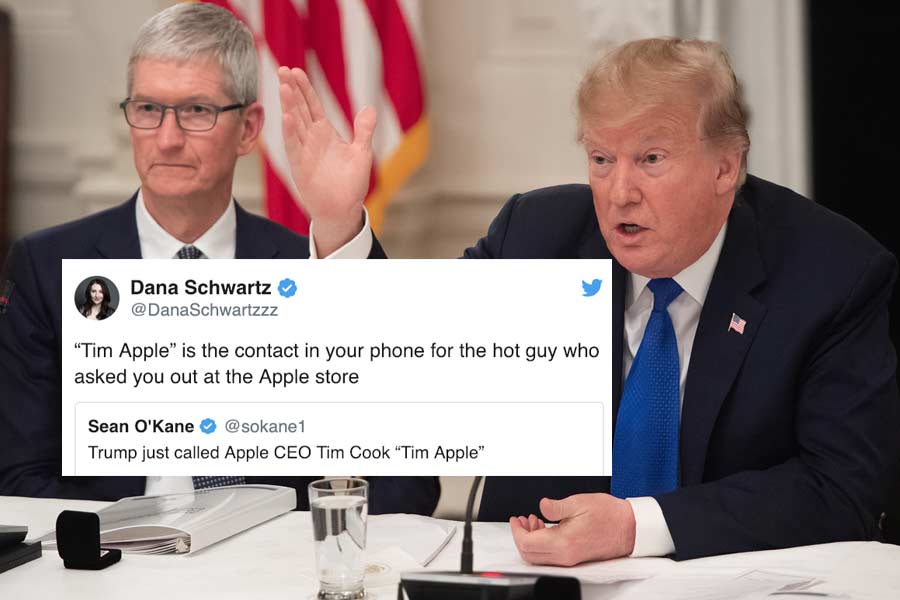 Donald Trump has been a center of attraction for a significant time period. He has a huge fan following on social media platforms & he also has several memes on the internet. Trump called Apple CEO a “Tim Apple” & the social media was flooded with hilarious memes.

He stated “You really put a big investment in our country. We appreciate it very much, Time apple”. One can that CEO Tim Cook has now become Tim Apple.

Trump is an ultimate meme maker.

What a time to be alive!

Not be be confused with his nemesis “Bill Windows”.

Or that great patriot “Thomas Lightbulb”.

Tim Cook is probably wondering if should correct POTUS or just change his name.

The President of the United States just called the CEO of Apple “Tim Apple” like you would list John Accountant or Vanessa Hairstylist in your iPhone contacts.

I have a Tim. I have an Apple. Apple Tim.

I wonder if he’s spoken with Elon TeslaSpaceXSolarCity

He just thinks everyone names their company after themselves like he did.